I finished my chapter. Or at least the first draft of it. It’s too long but I don’t know what to cut and it’s gone off to external review in the hope that someone will tell me.

It’s something of a culmination of theories that I’ve been following and developing since 2004, when I first read the political scientist Georg Sorenson’s The Transformation of the State: Beyond the Myth of Retreat on a plane coming back from the University at Aarhus in Denmark. 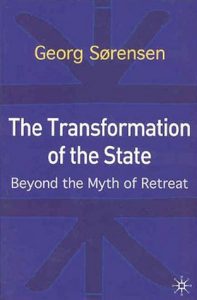 Sørenson writes about a new system in the making beyond the nation-state and it is this theoretical framework that I adopted and deployed in looking at Cuban cinema, with Dunja Fehimović, Basque cinema, with María Pilar Rodríguez and independent American cinema on my own.

Co-editing The Routledge Companion to World Cinema gave me the opportunity to theorise all my ideas and lay them out as a fluid framework for understanding the mutability of World cinema. I’m jumping ahead, of course, to what is currently known as ‘chapter 22’ but it’s good to at least have a draft of it in the bank.

Does it make sense? Is it viable? Hell, is it any good?

This is how it begins.

Obviously, a rigid, blinkered, absolutist world view is the easiest to keep hold of, whereas the fluid, uncertain, metamorphic picture I’ve always carried about is rather more vulnerable.
– Salman Rushdie (1993: 23)