In this post, Dr Javier Eskauriatza explores the prospects of regionalisation of international criminal justice 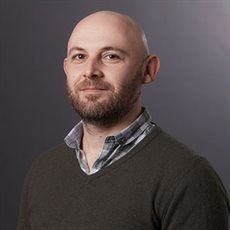 In this short post, I argue that the next phase of this global project may be characterized by a turn to regionalization. So far, the African Union has been at the forefront of regional developments (with proposals to endow the African Court of Justice and Human and Peoples’ Rights with jurisdiction over transnational and international crimes, hereafter, the ‘African Criminal Court’). Here I focus on developments in the GRULAC region, where some States have demonstrated support for a new transnational criminal court to deal with the problem of transnational organised crime. The Court is known as the Corte Penal Latinoamericana y del Caribe, and so, ‘COPLA’ for short.

The Campaign for COPLA

The initiative is led by the COPLA Coalition, which includes the Argentinian NGO Democracia Global, and comprises individual adherents (parliamentarians, jurists, academics) and other NGOs such as Federalismo y Libertad, Center for United Nations Constitutional Research, Funación Altiero Spinelli, and The World Federalist Movement.

COPLA has been endorsed by the Argentinian Senate (2015), the Argentinian Chamber of Deputies (2016), and by official declaration of the Parliament of MERCOSUR (2016). The initiative was presented at the 16th Assembly of States Parties of the International Criminal Court (2017) and at the 72nd Meeting of the General Assembly (2017). In 2018, a Joint Declaration of MERCOSUR Ministers for Justice, Security, and the Interior declared support for COPLA as a way of ‘avoiding spaces of impunity’ and in order to achieve a ‘MERCOSUR without organised crime. In 2019, the Paraguayan Chamber of Deputies, the Latin American Federation of Prosecutors, and the Argentinian Association of Prosecutors, also expressed their support for COPLA. Most recently, academic commentary on the COPLA Draft Statute has been published in the Nordic Journal of International Law (2019), in relation to a symposium on corruption in Latin America hosted by the Instituto Iberoamericano de la Haya (2020), and in the well-known international law blog OpinioJuris (2021).

A Project with a (Limited) Purpose

The African Union has endowed the African Criminal Court with an ambitious and expansive substantive jurisdiction. The COPLA project is more limited. It is still envisaged as an ‘independent’, ‘permanent’ court, with ‘legal personality’, and a ‘complementary jurisdiction’ vis-à-vis the national judicial systems (Article 1, 2, 4, COPLA Draft Statute).  Yet, as the name suggests, COPLA is designed only to combat transnational organised crime. Crimes against humanity, war crimes, and genocide, are excluded. Therefore, unlike the African Criminal Court, it would avoid having an overlapping jurisdiction with the International Criminal Court, (ICC). Instead, the bedrock of the Court’s criminal jurisdiction is the UN Convention against Transnational Organized Crime and its associated Protocols (2000) (UNTOC).

The COPLA Draft Statute is not very clear as to whether the UNTOC crimes are to be imported wholesale into court’s jurisdiction rationae materiae. Article 1(2), COPLA Draft Statute says its objective is the ‘investigation and prosecution of the leaders and criminal organizers responsible for the commission of the crimes indicates in this Statute and in the [UNTOC 2000 and its associated protocols]’. However, Article 5 on the court’s substantive criminal jurisdiction does not mention UNTOC and instead provides an apparently non-exhaustive list of crimes (Article 5(2) COPLA Draft Statute) which excludes some UNTOC crimes, such as, for example, the obstruction of justice (Article 23 UNTOC). Included are drug-trafficking, trafficking in firearms, human-trafficking, the smuggling of migrants, trafficking in cultural artefacts, money laundering, and transnational bribery (Article 5, COPLA Draft Statute). UNTOC is referred to again in Article 6 dealing with definitions. Nevertheless, the proposed substantive criminal jurisdiction of the COPLA should be less ambiguous. What is clear is that COPLA is conceived as an instrument designed to pursue the leaders of organised crime. Article 5 COPLA Draft Statute limits the Court’s competence to ‘[t]hose who direct, administer, organize, or promote a transnational organized group…’.

An interesting and original proposal relates to Article 37bis COPLA Draft Statute on the establishment of a ‘Regional Intelligence Agency’:

The States Parties will share and cooperate in the interchange of information and intelligence in the investigation of the crimes that form part of the jurisdiction of the Court. The procedures for the creation of a Regional Intelligence Agency will be regulated in an Additional Protocol.

Owing to the nature of the crimes within the jurisdiction of the proposed COPLA, it is not unreasonable to assume that the COPLA project by implication requires prospective States parties to accept a strong commitment to international cooperation in the field of financial intelligence. This may be the most ambitious aspect of the COPLA proposal. As Clifford Williams has explained, however, there are reasons to doubt whether the traditional method of facilitating FIU-to-FIU cooperation (the ubiquitous Memorandum of Understanding) are capable of supporting multilateral efforts at combating money laundering and associated crimes. A great deal of work, therefore, remains to be done before COPLA would demand the support of the majority of the region’s States. For example, empirical work that illuminates the specific challenges and opportunities in financial-intelligence-sharing in the GRULAC region would be useful in relation to ongoing discussions about the feasibility and desirability of the project. International cooperation and mutual legal assistance in the field of criminal law also inevitably gives rise to significant human rights concerns.

The appearance of these regional courts, and/or other regime-specific courts, such as the International Anti-Corruption Court, (IACC) would have a significant impact on the theory and practice of all aspects of international criminal justice, e.g., the domestic prosecution of international crimes, the fragmentation of the substantive law in relation to specific international crimes, and on the operation of other international courts (e.g., the ICC). In relation to COPLA, of course, a great deal of work remains to be done. However, it cannot be doubted that transnational organised crime continues to have an enormous impact on human security in the region. Some aspects of the current regional criminal justice response are unconvincing, not least the bilateral ‘extradite or prosecute’ system which tends to situate States with weaker criminal justice systems between a rock and a hard place. Therefore, given the right political conditions, strong human rights safeguards, and sufficient resources, a new transnational criminal court, accompanied by a regional information centre, could provide interesting new avenues for multilateral cooperation between GRULAC States in the fight against organised crime.