In this post, Dr Lovleen Bhullar discusses Regulation of Antimicrobial Resistance in the Environment 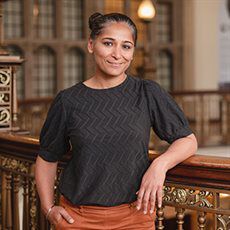 The WHO describes antimicrobial resistance (AMR) as the situation where bacteria, viruses, fungi and parasites stop responding to medicines, it becomes harder to treat infections, and the risk of disease spread, severe illness and death increases. The WHO recognises AMR as a global public health challenge. There are multiple pathways for the emergence of AMR – human, animal, and the environment. The WHO’s Global Action Plan on Antimicrobial Resistance recognises water and the environment as a pathway for AMR. AMR in the environment represents a planetary health challenge affecting human and environmental health. Different sources could lead to the emergence of AMR in the environment including pharmaceutical effluents, domestic sewage, hospital effluents, use of pesticides and insecticides in agriculture, improper disposal of waste from livestock animals and the aquaculture industry.

My research focuses on the discharge of antibiotic effluent from pharmaceutical manufacturing units into the environment primarily water bodies. In the first instance, such discharge adversely affects individuals and communities around the affected water bodies and may violate their human rights including the rights to environment, life, health, water, livelihood, and food. However, AMR does not respect borders. In the medium- to long-term, AMR may emerge not only in other places within producer countries but also in other countries.

Regulation as a response

The WHO identifies regulation as a response to AMR. Regulation can occur at multiple levels – international, regional, national, and sub-national. It may involve different actors such as governments, private sector, public, international, and regional organisations. The regulatory instruments may include binding laws and voluntary codes of conduct etc. Insofar as the emergence of AMR in the environment from the discharge of antibiotic effluent is concerned, my research focuses on three strands of regulatory interventions to prevent or control the emergence of AMR in the environment and the links between them.

Regulation by producer countries: China and India host most of the pharmaceutical production in the world. Although there is no shortage of environmental laws in these countries, standards for treatment/discharge limits of antibiotic effluents are absent. In fact, there are no such standards anywhere in the world. A few antibiotics are included in the watch-list of the European Water Framework Directive. Notably, in January 2020, the Government of India published a draft bill to limit concentrations of antibiotic residues discharged into water. In August 2021, however, this draft proposal was dropped. In any case, even if such standards are added to the rulebook, they must be enforced to achieve the regulatory objective. This presents a significant challenge.

Self-regulation by pharmaceutical companies: In the absence of domestic regulation in producer countries, but recognising the need to respond to the challenge, some of the pharmaceutical companies have engaged in self-regulation and developed voluntary discharge limits that their suppliers are required to follow (see Pharmaceutical Supply Chain Initiative, AMR Industry Alliance). The implementation of these discharge limits has been met with cautious optimism while highlighting the need to improve transparency in the supply chain (Access to Medicine Foundation 2021). These voluntary regulations can complement formal regulation, e.g., by influencing the latter’s development. At the same time, it is important to prevent dilution of formal regulation that would undermine its effectiveness.