Skip to content
Author:Author Alexander Orakhelashvili
Published: Posted on 27 May 2022

In this post, John Tingle discusses issues related to clinical negligence compensation and the NHS 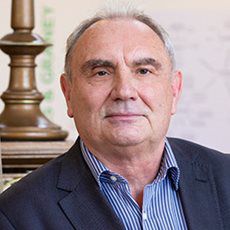 Their proposals may or may not inform the current government review thinking into the system.

Taken all together, there is a perfect clinical negligence compensation system storm brewing which will impact on all those concerned with this area of legal practice.

It is note-worthy that the Department of Health and Social Care are driving these legal reforms and not the Ministry of Justice, a point that has been noted in the reform debate.

What is also interesting from the report and the oral and written evidence submitted to it are the revealed attitudes, assumptions, positions of the various stakeholders involved in compensating patients for clinical negligence. In considering the evidence submitted and more broadly recent debates in the media and elsewhere the economic arguments can be seen to be strongly promoted.

The argument that the NHS can no longer bear the high costs of clinical negligence litigation, that it is taking away scarce health care resources from urgently needed front line care. Other debating camp positions are those who argue that yes, the system can be fine-tuned however we should never compromise, prejudice the right of patients who have been injured by those who were meant to care for them to sue for compensation.

There are many key issues here and they are currently being aired in many quarters. Issues such as the objectives of our tort-based compensation system, particularly deterrence and learning from cases. Other issues raised include no fault-based liability systems, reforming the way damages are assessed, cost capping, access to justice, the causes of error to patients, patient safety, NHS defensive culture, patient empowerment, impact of litigation on claimants and defendants and so on. A myriad number of issues can be seen to be raised.

This year and the next, will most probably turn out to be the most important years of change for our system of compensating patients for clinical error.

The government are firmly committed to reviewing the clinical negligence system and a consultation paper is promised soon as John Hyde reports in the Law Society Gazette:

“The government has reiterated its commitment to reform the clinical negligence system but remained tight-lipped about the exact nature of its Wishlist. Responding briefly to a report on maternity services by the parliamentary Health and Social Care Committee, the government confirmed plans to consult on the next steps to address the costs of clinical negligence.”

The government review will also look at alternative systems of compensation and it seems likely to be wide ranging. Other developments are related to fixed recoverable costs, mentioned above, in lower value clinical negligence claims.

These proposals are controversial and the charity for patient safety and justice,AvMA( Action against Medical Accidents), have called them , “illogical and potentially unfair”:

“AvMA Chief Executive Per Walsh said: “It is shocking that the Government is still pushing to bring in these illogical and potentially unfair proposals rather than looking at the root causes of high costs and addressing them. They consulted on the main thrust of these proposals in 2017 and the ideas were rejected by a majority of respondents.”

The report is a must read for all those concerned with NHS litigation along with the oral and written evidence submitted. The oral, and written evidence by stakeholders and experts all bring excellent insights into the efficacy of our present tort based clinical negligence compensation system and the possible alternatives to it.

The government will no doubt find the report a useful information source when coming up with its own reform proposals. The ,’government written evidence’, to Health and Social Care Committee  Inquiry gives some possible insights into its end position with NHS litigation reform. I found this quote particularly telling of possible future government reform direction:

“While it is possible to construct an argument that adopting an ‘avoidable harm’ or ‘no-fault’ compensation scheme could bring about some benefit in terms of patient safety (e.g. through removing a disincentive to disclosure) or claimant experience, we cannot say this with any certainty, considering the limited evidence available and the inevitable difficulties in translating findings across different health systems.  Some of these benefits are being achieved in this country through different means.  We are also not aware of direct evidence that fear of the current claims process is discouraging NHS staff from disclosing incidents.

This sounds to me like the death knell for any possible no-fault system being introduced for clinical negligence in the NHS by the government?

The report addresses the high cost of clinical negligence litigation and quotes statistics. The paragraph below seems to me to set the scene and tone for the whole report:

“2. At the same time, the costs of the system have continued to grow at an eye-watering rate. Ten years ago the NHS paid £900 million in damages; last year it was £2.17 billion – equivalent to the annual running costs of the biggest hospital Trust in England or four average sized hospitals. This sum is set to double over the next decade to £4.6 billion, and around a quarter of such costs go not to families but to lawyers. The English NHS spends 2% of its total income on clinical negligence compared to half that level in New Zealand or Sweden (p3).”

From the above quote lawyers and costs seem to be the major and most pressing concern in the report. Polly Toynbee  writing in The Guardian, gives a controversial review of the report and states:

“Let’s kill all the lawyers,” cries a rebel in Shakespeare’s Henry VI Part 2, raising a loud audience cheer. Now it’s Jeremy Hunt and his health and social care committee that threatens to skewer lawyers, specifically the personal injury ambulance-chasers, who are of course outraged.”

The matter of increasing costs is a complex one and there is no real consensus on the issue of cause. The issues are clearly discussed in the ,’NHS litigation inquiry report’. It is a clear, well researched and reasoned report. We have however not yet identified the definitive reasons for increasing costs. We can see pointers being identified in this report and in others but they do not give to my mind the complete picture and much more research is needed on this issue.

The reports main recommendation is for the creation of an independent administrative body as a compulsory first port of call for clinical negligence claimants. They could still access the tort system but need to go here first to try and try to get matters resolved. The administrative body would not use the traditional Bolam claim threshold but a much lower threshold: The report states:

“4.The system for compensating injured patients in England is not fit for purpose. It is grossly expensive, adversarial, and promotes individual blame instead of collective learning. We recommend that when a patient is harmed, they or their family should be able to approach an independent administrative body which would investigate their case and determine whether the harm was caused by the care they received and if, in the ordinary course of events, it was avoidable. The investigation would be inquisitorial, it would look at the facts of the case, and it would focus on how all parts of the system delivered care to the patient in question. Should it be found that the patient suffered harm because of their care, they would receive compensation. (Paragraph 84), (p55).

All this is very stirring and controversial narrative painting in many senses a sad picture of how our tort based clinical negligence system works in practice.

The report contains rich seams of discussion and narrative about various themes related to clinical negligence litigation. An issue of great contention seen in the report is whether the current tort- based system helps or hinders patient safety learning and culture development. The view expressed in the report is that it does:

“16.Clinical negligence litigation stands in stark contrast to best practice in terms of patient safety. Gains are made by careful system-wide analysis rather than the search for individual blame.(p57)

Patient safety learning, not what our tort system is designed to do?

On this issue I found particularly interesting the written evidence submitted by the Bar Council and Hempsons Solicitors. The Bar Council  provides excellent insights into the tort systems role in clinical negligence and how you cannot necessarily use that system to promote system wide patient safety learning and improvement. The Health and Social Care Committee recognise this in their report; The Bar Council (2022) states:

“To put it another way the NHS is in law no different to any other tortfeasor. Litigation has never really been understood to encourage lesson learning and commitment to change and indeed to suggest the tort system should encourage this, as a principal aim, is to misunderstand the purpose of tort law which is to compensate the victim and not to punish or prevent recidivism by the tortfeasor.(p5)

Hempsons solicitors in their written evidence add to this point by talking about how cases can have an adverse, detrimental impact on learning and medical practice, quoting the seminal tort case of Roe v Minister of Health [1954].

“Whatever the merits of that decision (and it is now thought to have been mistaken) it put back the cause of spinal and epidural anaesthesia in this country by 40 years. Until the 1970’s epidural anaesthesia was rare and spinal anaesthesia did not become commonplace until the 1990’s. This was largely due to the adverse impact of a generation attempting to learn the lessons of litigation when our cases are best seen as anecdotal illustrations of danger, rather than presenting a template for safe practice based on the sort of evidence that medicine now demands.”(p5).

A perfect storm on NHS clinical negligence is brewing and reforms to our clinical negligence system appear imminent, precisely what form these will take remains an intense matter of conjecture. Hopefully a balanced and well-reasoned approach to reform will be taken.

Our tort-based compensation system does seem the best way forward in resolving clinical negligence disputes. It is a tried and tested mechanism of dispute resolution. The issue of patient safety culture development and learning from errors however cannot be a central concern or aim of our tort -based system. It is possible to use cases as educational tools but there are dangers in doing so. Whatever the outcome, the debate has produced a rich source of contemporary legal research material on our clinical negligence tort-based compensation system.