In this post, Dr Alexander Orakhelashvili discusses some aspects of the ILC’s Conclusions on Peremptory Norms of General International Law (Jus Cogens) 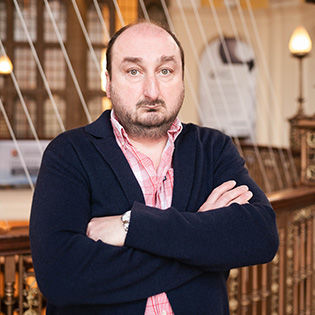 The UN International Law Commission has published its report accounting for 2022 session, during which the conclusions on peremptory norms (jus cogens) and their commentaries have been adopted. The document consists of 23 Conclusions and extensive commentaries, most of which are obvious restatements of outcomes reached in previous ILC codifications, including one that culminated into the adoption of 1969 Vienna Convention on the Law of Treaties which defines peremptory norms as ones from which no derogation is permitted and adds that a derogating agreement has no validity under international law.

The theme of peremptory norms always falls out of favour with legal and political establishment when any possible major international settlement is talked about or generally bilateral relations between States are concerned. For, peremptory norms are public policy norms whose function is to preclude the legal validity of deals, agreements, understandings or similar transactions made by States in bilateral and even in multilateral contexts when those deals and transactions approve, validate or recognise a situation created or to be created through a breach of a jus cogens norm. Think of the current crisis of Ukraine and possible ways out of the crisis which are bound to be on minds of political elites across the world. If you are a policy-maker prepared to sign, accede to or otherwise approve a deal with Russia that would end the war but purport to transfer to Russia sovereignty and title over the conquered territories, or to recognise the independence of breakaway Ukrainian regions in exchange with improved economic relations with Russia or for any other strategic reason, or if you are a legal adviser to that policy-maker, you are very unlikely to be happy with the overall concept of jus cogens and effects they have across various areas of international law, because they would tie your hands in the process of bargain and negotiation, and place doubt on the validity of a deal and bargain that you would have achieved through complex negotiation and concessions. And even some academics today suggest that non-recognition of unlawful territorial situations has nothing to do with non-derogability of jus cogens, even though no other basis for non-recognition has ever been identified, either in theory, or in practice.

However, dilemmas like these do not have to be about major wars and crises but could also arise in more mundane situations, for instance where bilateral relations between States could be irritated if national courts in one State hear cases dealing with war crimes or serious human rights violations committed by another States. Here, as in the situation of a putative deal on Ukraine, lawyers representing governments would be more than inclined to reason the way that manipulates with the concept of non-derogability and its core elements.

To illustrate, the ICJ in Jurisdictional Immunities and by UK House of Lords in Jones v Saudi Arabia held that State immunity is a procedural rule that is exempt from hierarchical subordination to jus cogens in which other rules of international law find themselves operating (an issue that has been addressed in a pervious post). However, and even if held in high esteem in certain legal circles, the approach favoured by the ICJ and House of Lords did not gain much currency in the ILC. Third report by Special Rapporteur Dire Tladi refused to agree with ICJ’s approach in the Jurisdictional Immunities case, and instead suggested that “there is a closer relationship between the procedural rules of immunities and the substantive rules underlying jus cogens norms than there is between the procedural rule requiring consent to jurisdiction and the substantive norm underlying jus cogens norms.” (paras 133ff., pp.55ff.)

Special Rapporteur Tladi’s original proposal was that State or State official’s “immunity ratione materiae shall not apply to any offence prohibited by” a peremptory norm (draft conclusion 22). Sean Murphy suggested that this “proposal was [not] acceptable to the Commission”; however members opposing these provisions or siding with the ICJ’s approach in Jurisdictional Immunities were far fewer than the Commission’s majority (opponents included Murphy, Nolte, Wood and Zagaynov). In response to that opposition, the Special Rapporteur Tladi mounted an impressive defence both in his Fifth Report and in the Commission’s discussions. The Special Rapporteur first said that “he believed that the Commission should not attempt to address the issue of immunities”. However he added that “if the Commission remained silent on the matter, its silence would be interpreted as evidence that there were no exceptions to immunity ratione materiae for jus cogens crimes. For that reason, a “without prejudice” clause might be the most appropriate solution.” (A/CN.4/SR.3425, page 16). Avoiding that inference carried the day within the Commission’s final work, and the without prejudice clause was adopted in the language of draft conclusion 22, to the following effect: “The present draft conclusions are without prejudice to consequences that specific peremptory norms of general international law (jus cogens) may otherwise entail under international law.”

The commentary to Conclusion 22 explains that the above “consequences are not general consequences of peremptory norms of general international law (jus cogens), but rather relate to specific peremptory norms of general international law. As such, they are not addressed in the present draft conclusions.” The rationale for this distinction in explained in Dire Tladi Fifth Report the way that “the consequences of rules such as immunity would, by definition, only be applicable to those jus cogens norms whose breach constitute crimes under international law. The breach of the principle of self-determination, for example, does not constitute a crime and therefore does not raise consequences related to immunity.”

States in the Sixth Committee opposing the primacy of jus cogens over immunity along the lines of the Jurisdictional Immunities case were also very few, notably the UK (para. 25) and Japan (page 8). Some States such as the Netherlands or Poland merely requested clarifications which the Special Rapporteur has provided later on in his Fifth Report. Austria and Israel suggested that the Commission should refrain from addressing the issue of immunities. Most States voiced no objection. Germany which was a party to the Jurisdictional Immunities case did not object to Article 22. USA made no objection either, saying that “The United States has no comments regarding draft conclusion 22” (page 17 of US observations). Therefore, it is very difficult to identify from this process a viable State practice opposing the primacy of jus cogens over immunities.

Where does the ILC’s final approach leave us? It is crystal clear that a high-level organ of the UN has refused to endorse the approach taken by UN’s principal judicial organ with a rather large majority. Neither the majority of ILC’s membership nor States commenting on the ILC’s work showed any serious enthusiasm about ICJ’s approach or its ill-advised distinction drawn between substantive and procedural rules.

Moreover, the ILC’s Conclusion 14, paragraph 1, suggests that “A rule of customary international law does not come into existence if it would conflict with an existing peremptory norm of general international law (jus cogens).” Thus, even if a rule on immunity existed in customary law, its scope would not require that immunity is extended to breaches of jus cogens. In paragraphs 4 and 5 of the Commentary to Conclusion 14, the Commission cited Siderman de Blake v Argentina, in which the US Court of Appeals has upheld immunity because US domestic legislation required it to do so and admitted that, if the case fell to be decided on the basis of international law, immunity would have to give way to jus cogens. Another authority the Commission referred to is the minority opinion of seven Dissenting Judges in another immunity case of Al-Adsani v UK, where seven judges clearly held that State immunity should not be available for breaches of jus cogens. Hence the Commission does not leave us in doubt as to the areas in which jus cogens prevails over State immunity.