In this post, Dr Katharina Möser elaborates on some of the points made in her response to the HM Treasury, Open Consultation August 2022: Statutory Debt Repayment Plan 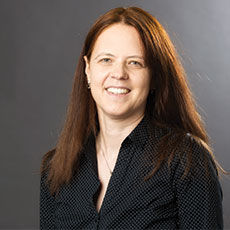 The SDRP scheme is currently in development and is anticipated to commence in 2024. On 17 May 2022 the Treasury has launched a consultation on draft regulations to the scheme and is currently analysing the feedback. The proposed plan will enable individuals in problem debt to enter into a formal agreement with their creditors. The individuals’ debts will be combined into a single plan and repaid in full over a maximum period of 10 years. For the duration of the plan, they will receive statutory protection from creditor action and no interest or penalties will be charged. The SDRP will be accessible only via professional, FCA (Financial Conduct Authority)-regulated debt advice providers, or through local authorities. An application will require that the provider has previously advised the debtor and considers the SDRP to be appropriate.

In this blog, I analyse this scheme against the backdrop of a general academic scepticism about the sustainability of long-term debt repayment plans. Scholars suggest that while these plans serve the interests of creditors and plan providers, they only provide a ‘pretend solution’ for individuals struggling with debt. [1]  In line with this argument, I contend that the SDRP in its current form is a high-risk product and that the prospects for its improvement are limited. Certainly, it will be the wrong remedy to deal with the fallout of the cost-of-living crisis.

The blog consists of two parts. First, it analyses the sustainability of existing long-term debt repayment solutions in the UK through three case studies. It analyses the practical experience with Individual Voluntary Arrangements (IVAs), Debt Management Plans (DMPs) and debt repayment plans (DPPs) under the Scottish Debt Arrangement Scheme (DAS), which served as a model for the proposed SDRP. Second, the blog makes a prognosis on the sustainability of SDRPs based on this analysis.

Practical experiences: The sustainability of IVAs, DMPs and DPPs under the Scottish DAS

In the following section, I analyse data on the sustainability of existing long-term debt repayment plans. These include IVAs, which are a formal insolvency solution where debt relief can be achieved after the completion of a 5-6 year debt repayment plan. Like SDRPs, DMPs aim at full debt repayment, but are based only on an informal agreement between debtors and creditors. Finally, I analyse the performance of DPPs under the Scottish DAS, which, like SDRPs, provide for a statutory debt repayment plan. As emphasised in the SDRP Impact Assessment, the DPP provides a natural and suitable comparator for the SDRP. These data are worrying as they show that for a significant proportion of IVA users, this remedy is indeed only a pretend solution. They do not achieve debt relief but are again exposed to their creditors’ unrestrained enforcement efforts after the termination of their agreement.

This data also allows us to reflect on what factors determine the development of termination rates. In its statistical commentary, the Insolvency Service assumes that the decline in termination rates after 2008 is related to the introduction of the consumer IVA protocol in 2008, which ensures more flexibility to accommodate changes in debtors’ circumstances (e.g. if they are faced with an emergency item of expenditure or an unforeseen reduction in income). Even without creditor consent and subject only to the discretion of their supervisor, debtors may be allowed to take payment holidays, in total, over the period of 9 months. Also, the supervisor has discretion to reduce IVA contributions by up to 15% of the agreed level. Some commentators have pointed out that the decline in IVA termination rates after 2008 may not only be due to these flexibilities, but also due to the more favourable economic conditions after the end of the financial crisis. As mentioned above, IVA termination rates increased again after 2016, which can easily be explained by the expansion of the IVA market to increasingly lower-income client segments. Due to the narrow financial margins of these debtors, even minor changes in economic conditions may have a harmful effect. The continued expansion of the IVA market is in turn associated with the mis-selling of IVAs, indicative of agency problems (conflicts of interest inherent in a relationship where one party is expected to act in the best interest of another) in the IVA market. Commercial IVA providers have a direct interest in the conclusion of IVAs, as the conclusion of each IVA generates substantial fees for them, and because a set-up fee (the so-called nominee’s fee) is payable to them before any payments are made to creditors, they may even have a financial interest in the conclusion of unsustainable agreements. These problems are related to a regulatory gap. While, in the UK, nearly all financial service activities are regulated by the Financial Conduct Authority (FCA), IVA providers are currently exempted from direct state regulation. Government consulting on a reform of this issue (https://www.gov.uk/government/consultations/call-for-evidence-regulation-of-insolvency-practitioners-review-of-current-regulatory-landscape ).

Importantly, the fixation on failure rates does not reveal the whole extent of the problem with the effectiveness of IVAs, which only becomes apparent, if we also consider their low level of success rates. Even though the commonly agreed repayment period is 5-6 years only 55 per cent of the IVAs registered in 2015 and 30 per cent of the IVAs registered in 2016 have been successfully completed. Even if these IVAs do not fail, they deny their users a ‘fresh start’ and economic recovery for many years.

There is a lack of solid data on the performance of DMPs. In the SDRP Impact Assessment (https://assets.publishing.service.gov.uk/government/uploads/system/uploads/attachment_data/file/1074613/SDRP_-_consultation_stage_draft_IA__002_.pdf), it is mentioned that debt advice service providers involved in the development of this assessment indicated that approximately 34% of DMPs failed and that 66% of them reached successful completion.

However, these figures are not based on an open and coherent statistical analysis comparable to that provided by the Insolvency Service for the IVA sector. We do not obtain data on the annual development of the number of DMPs and their failure rates, on their providers and user groups, or on the use of payment breaks and plan variations. Most importantly, we lack data on how the DMP success rate of 66% relates to the duration of these plans. This lack of transparency is concerning and raises suspicions that DMP market outcomes are not as successful as it is claimed. For example, it could be that a high degree of flexibility limits DMP failure rates but leads to significantly prolonged repayment periods. StepChange’s consultation response (https://www.stepchange.org/Portals/0/assets/pdf/stepchange-response-to-hm-treasury-sdrp-consultation.pdf) suggests that these can last over 10 years in a significant proportion of cases.

(c) DPPs under the Scottish DAS

As one can see from the above table, of the 2,043 DDPs that had been approved in the year 2015-16, 42% have failed. This is a very high failure rate, and it is all the more remarkable given that the degree of financial flexibility offered by the DAS scheme. Debtors can take a two-month payment break every 12 months if the debt advisor is convinced that the debtor is in a short-term financial crisis. If the DAS administrator deems it just and reasonable, debtors may also defer payments for a period of up to six months if they suffer from a 50% decrease in disposable income resulting from: (a) a period of unemployment or change in employment;(b) a period of leave from employment for maternity, paternity, adoption or to care for a dependant;(c) a period of illness.

Also, it is remarkable that 24% of the 2015-16 registrations are still ongoing. This means that only 34% of the programmes that have been approved 7 years ago have been successfully completed. In contrast, for two-thirds of DAS users, the process did not result in them becoming debt-free within this period.

Analysis:  The sustainability prognosis of SDRPs

The SDRP sustainability prognosis made in the Treasury’s Impact Assessment (https://assets.publishing.service.gov.uk/government/uploads/system/uploads/attachment_data/file/1074613/SDRP_-_consultation_stage_draft_IA__002_.pdf) works as follows:

I do not think that this assessment is correct – particularly it is baffling in the face of a much higher DDP failure rate. Furthermore, the simplistic comparison of absolute numbers seems wrong in approach.  Rather, based on the data described above, I suggest that the sustainability of repayment plans is variable depending on factors related to their legal design, economic conditions, as well as the factors associated with debt advice or consumer choice:

The current legal design of the SDRP is clearly problematic in terms of sustainability. Unlike the IVA, the SDRP does not provide for a debt relief option, and it is also likely that repayment periods will exceed those of the IVA. Furthermore, the above analysis has shown that flexibility is an important factor in ensuring the sustainability of long-term repayment plans, and the SDRP offers a significantly lower level of flexibility than IVAs, DMPs and DDPs; this point was highlighted in many consultation responses. Under the SDRP scheme, a payment break of one month can only be requested every 12 months, with the advice providers then having the discretion to extend this break to two months. As we have seen above, all other schemes allow longer payment breaks. Also, unlike the consumer IVA, the SDRP does not allow supervisors to make informal plan variations if there is a change in the debtor’s circumstances or financial situation.[3]

While, in its current form, the SDRP is therefore a high-risk product, this does not necessarily mean that SDRP failure rates will turn out to be exorbitant. Rather, this could be avoided if FCA-regulated debt advisors recognise the problems associated with this product and deem it suitable only for a very rare type of high-income debtor. Indeed, if the current regime is not revamped, this may be the best outcome that can be hoped for.

In an alternative scenario, the Treasury will respond to multiple consultation responses asking it to make the SDRP more flexible, which would then – to some extent – reduce the specific risks associated with this product. Due to the legally binding nature of the SDRP, the use of this remedy could then marginally improve the situation of some debtor groups currently relying on DMPs, and possibly some debtor groups currently relying on IVAs, e.g. homeowners, could also benefit from the SDRP. However, this does not mean that the SDRP will be an effective debt solution. Rather, it will suffer from the shortcomings inherent in all long-term repayment solutions, as they were outlined in the previous section. Even under normal economic conditions we could expect to see a failure rate of 30-42% and we could expect to see a flexibility/ effectiveness trade-off. A regime that provides for greater financial flexibility will reduce failure rates, but ultimately lock debtors into repayment plans for even longer periods of their lives. Obviously, under current economic conditions (inflation, looming recession) these problems will be exacerbated. SDRPs and other long-term repayment programmes are the wrong means to deal with the fallout of the cost-of-living crisis. Rather, what is needed is fast and generous debt relief.

[3] However, creditors will not be given the ability to object to plan variations that reduce payments by less than 10% and do not lead to an extension of more than 10 years and 6 months. In these cases, the variation must then be implemented by the Secretary of State.