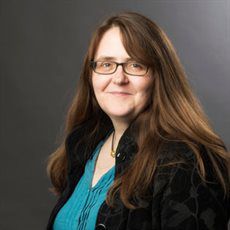 We may be living in the age of statute and regulation, but it is clear that we also exist in an era of contracts. Contracts proliferate, framing much of our economic activity and social experience whether significant or mundane. It is impossible to make an online purchase at Amazon.com without agreeing to Amazon’s conditions of sale, or park your car in a public car park without notionally consenting to the imposition of an additional charge for overstaying, as well as a plethora of other obligations. Resources that were once a matter of state gift (tuition fees for a university education) are now provided by means of contract (the student loan agreement). The English common law of contract provides the invisible framework that underpins and enables these prosaic instances of contracting. However, the role of general contract law in policing this contractual activity has reduced almost to vanishing point. In Vanishing Contract Law, I explore the diminishing role of the English common law of contract as a regulatory force in modern society and the implications of its decline. In undertaking this project I was very generously assisted by a Research Fellowship from the Leverhulme Trust

Why worry about contract law?

I was motivated to write the book after thinking about how private ordering through contracts has expanded over the last 40 years following political and economic developments such as privatisation and marketisation, and the role of contract law in this. Over that time, the methods by which contracts come into existence, and notionally create binding obligations, have become more insidious. Consumers enter into contracts via automated processes over which they have no control, and on standard terms whose legal validly is frequently untested. The dwindling significance of contract law is also evident in the commercial sphere. While the process of commercial exchange is managed through complex, multi-faceted contractual mechanisms, the enforcement of these contracts relies on social systems and norms (e.g., trust, reputation networks, informal codes and internal compliance procedures) rather than domestic contract law. Similarly, international trade is governed by model rules, standard form contracts and bespoke regulation/dispute resolution promulgated by specialist industry organisations, not legal institutions. Developments in information and communication technology, such as the advent of ‘smart contracts’, potentially remove the requirement for state institutions to facilitate and enforce certain kinds of transaction. These technologies appear destined to reduce further the need for a general law of contract, ushering in private forms of contract enforcement subject to minimal legal scrutiny.

Contracts through the cracks

Instead of engaging with the effects of this increased complexity in, and pervasiveness of, contracting, the English common law response has been to retreat back to a formal, insular and minimalistic model justified by appeals to freedom of contract and party autonomy. This return to formalism is motivated in part by the judicial concern to improve the competitiveness of English contract law in the international market for law and legal services. Remoulding domestic contract law as a product reduces further the generality, scope and regulatory effectiveness of contract law in society and erodes the normative values of individual autonomy and consent, promise-keeping and the protection of reasonable expectations, upon which it should be based. One effect of this impoverishment is that many significant contracts operate beyond any effective legal oversight. In Vanishing Contract Law, I explore some of the gaps left by a diminishing contract law. These include the student loans regime, unregulated by the Financial Conduct Authority and not controlled under consumer credit legislation in the UK. It is subject only to a degree of parliamentary scrutiny and the common law of contract. The Student Loan Agreement contains terms, such as reserving a discretionary power to the government to make unilateral and retrospective variations to the agreement, whose legality would be questionable in almost all other contracting contexts. There is no realistic prospect of a determinative ruling on the validity of these terms due to the vagaries of litigation and the inadequacy of common law rules fashioned to appeal predominantly to commercial contractors.  Similarly, the use of non-disclosure agreements to cover up workplace wrongdoing raises important questions about the role of public policy in contracts, but these concerns are effectively buried by an undifferentiated appeal to freedom of contract. The advent of smart and algorithmic contracting, developed by those with an interest in bypassing legal control, may present another contract law frontier which sees judges capitulate to coders.

We have been here before. Doubts about the importance and relevance in society of contract law, at least in its common law form, are nothing new. It has long been lamented that what is taught in most mainstream contract law courses in UK universities is largely an exercise in legal history or – worse – mythology, perpetuating and reinforcing a false narrative of the centrality of contract law to a functioning market economy.  In the 1970s, Grant Gilmore criticised contract law as little more than an elaborate patchwork of judicial opinions forced into existence as a distinctive field of law through academic effort. He went on to predict contract’s death through the disintegration of its elegantly constructed doctrines thanks to encroachment by the law of tort and unjust enrichment.  Fragmentation and the development of specific rules to govern areas such as consumer contracts and employment rights also raised doubts about the future of the general principles of contract law. Further assault came from relational contract scholars and empiricists who exposed the relatively minor place of contracts and contract law in functioning business relationships. None of these critiques dealt a fatal blow to contract law. Yet the regulatory power of contract law dwindles, while contracts themselves have only increased in significance. It would perhaps be a fitting and ironic end if what finally kills off contract law is contract itself.