In this post, Dr Andreas Kokkinis discusses main theses of his recent article on Senior Managers and Certification Regime in Financial Firms 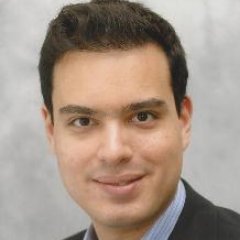 By way of background, in the aftermath of the 2007-09 global financial crisis and the ensuing indictment of bank corporate governance and culture, the Senior Managers and Certification Regime (SMCR) was introduced by the Financial Services (Banking Reform) Act 2013 to replace the Approved Persons Regime with effect from 6 April 2016. The SMCR originated from the influential report of the Parliamentary Commission on Banking Standards (PCBS) which drew a bleak picture of the Approved Persons Regime and advocated the introduction of a new more rigorous approval regime for systemically important financial institutions.

The article critically interrogates the experience of the implementation of the SMCR in light of interdisciplinary literature on organisational culture. This enquiry is crucial in view of the expanding scope of the SMCR and its pervasive ramifications on firms’ culture, governance, conduct of business, and safety and soundness. Adopting the analytical framework provided by organisational studies is appropriate, as financial firms are large organisations with complex cultures, and the SMCR is both one of the primary regulatory tools to influence firms’ culture and a regulatory initiative the effectiveness of which can be materially affected by pre-existing firm culture. Our chosen socio-legal method enables us to theorise on the interplay between the SMCR and firm culture and gain a rich understanding of its ramifications. In this context, we examine PRA and FCA SMCR enforcement practice to date to shed light on risks of unintended consequences, gaps and challenges.

Methodologically, our study of the SMCR adopts an “outside of the law” perspective which enables normative interrogation of the economic and social impact of this regulatory regime by drawing on research findings from the disciplines of sociology and organisational studies.  Thus, our research methods encompass doctrinal legal analysis, in-depth examination of SMCR enforcement practice, and normative analysis drawing both from general work on organisational culture and specific work on bank culture. The ultimate objective of our interdisciplinary exercise is to secure a deeper understanding of the SMCR by placing it in its appropriate context of organisational culture. Accordingly, our study is situated at the intersection of scholarship that examines the effectiveness and shortcomings of the SMCR from a legal perspective and the rich scholarship on firm culture and ethics. Our paper contributes to the existing literature by conducting a normative legal analysis of the SMCR that is based on both theoretical and empirical research in sociology and organisational studies, and on the experience of the implementation of the SMCR since its introduction in 2013. As such, it highlights challenges in light of established understandings of the way in which organisational culture responds to external pressures.

As a legal framework, the SMCR brings the promise of enhancing effective regulatory supervision of firm culture and of supporting the incipient professionalisation of senior manager functions in the financial sector, and hence we do not advocate legislative changes. However, we argue that, apart from the more obvious risk of too little enforcement, there is a risk that a perception of rigidity in enforcement may lead to the development of a counterproductive culture, especially if firms unduly rely upon tick-box quantitative measurement approaches to culture management, and that sound culture may be simplistically equated to compliance with the SMCR. This necessitates a careful and nuanced approach to supervision which should be theoretically informed by sociological research. Granted, SMCR is an integral part of the broader UK financial regulatory framework which, despite consecutive waves of reform, is still for the greatest part “industry-facing” rather than “socially facing” and faces challenges of regulatory capture by the industry and insufficient resources. This casts doubts on the feasibility of our envisaged nuanced approach to SMCR enforcement and on our faith in the SMCR as a possible lever for positive change. However, recent trends towards a greater emphasis on firms’ duties to customers and a wider rebalancing of focus from a stance that has been clearly titled towards prudential concerns to one that equally addresses prudential and conduct of business concerns indicate that there is realistic scope for the SMCR to perform the enhanced role that is canvassed herein.

Our analysis demonstrates that organisational culture is a valuable lens though which to examine and assess the impact of the SMCR and its potential to contribute to the achievement of the customer protection and financial stability objectives of the FCA and PRA. While the SMCR can assist in discerning tangible aspects of artefacts and behaviours that constitute the external layer of good culture, there is a risk of undue focus on compliance and avoidance of enforcement action. This could lead to taking an unambitious tick-box approach to culture, reliant on quantitative metrics of doubtful value or, worse, to the development of a defensive culture of secrecy for senior staff, coupled with excessive whistleblowing by other staff. The tendency of regulatory enforcement to focus exclusively on senior managers’ individual breach of laws and regulatory rules either on the job or in their private life does not bring to fruition the promise of the SMCR and neglects the key role of senior managers in contributing to a sound culture in their firms. This is perhaps unsurprising in light of broader limitations of financial regulatory capitalism in the UK.

To optimise the beneficial effects of the SMCR on culture and mitigate adverse effects, we highlight the benefit of more direct alignment between inculcating a sound culture and variable remuneration for senior managers and have put forward a range of suggestions for the enhancement of the supervisory approach at the interview stage, during ongoing supervision, and in the context of enforcement. In particular, we propose a judgment-based approach to the conduct of regulatory interviews and a careful calibration of the approach the authorities take regarding the findings of internal investigations by firms as part of ongoing supervision. We also stress the importance of flexibility and taking a holistic approach to enforcement that differentiates between honest firms that have established a frank dialogue with the regulators, on the one hand, and firms that seek to minimise substantive compliance and take a defensive stance on the other. Further, and in view of the inevitable trade-offs between too much and too little enforcement and discretionary power on the part of regulators, we emphasise the potential role of professional bodies to complement regulatory efforts in the endeavour of improving culture in the financial services as the latter could contribute toward the growth of distinct professional cultures amongst financial services personnel which could ultimately lead to a beneficial reconfiguration of firm culture. We submit that the renewed focus of the FCA on consumer protection, as evidenced by its new Consumer Duty initiative – alongside the growing public opinion pressures for more socially facing financial regulation – provide an opportune moment for the consideration of the reform agenda put forward in this article.