In this post, professor Fiona de Londras discusses the Government’s proposals regarding “Modern Bill of Rights” 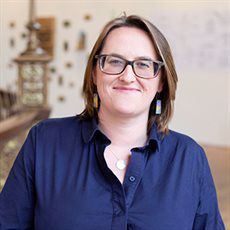 When one comes, as I do, from a post-colonial constitutional setting designed, to some extent, in opposition to the UK’s constitutional arrangements, the idea of the political constitution takes some getting used to. A decade into living and teaching here I feel more familiar with it now, but it is nevertheless still interesting to see how persistent many of its points of tensions are. One of those is how human rights are protected.

When the European Convention on Human Rights was in its infancy, the then-Attorney General confirmed that he did not think any legislation would be needed following its ratification because “the law of this country has always been in advance of the laws of most other countries in regard to human rights”. Similarly, when speaking of the Universal Declaration of Human Rights the then-Prime Minister, Clement Attlee, said that “generally speaking…both here at home and in the British Commonwealth we approach more nearly to reaching these ideals than does any other country in the world”.

There are several ways to read these utterances. For my purposes here, I take them as gesturing towards a constitutionalist mythology of the United Kingdom as a model of human rights protection, (indeed, as the Consultation puts it, that “the UK…has led the world on rights and liberties” (para 71)) and, ipso facto, of Parliament as an optimal human rights institution. Of course, the UK has had domestic human rights (fundamental rights, civil liberties, freedoms)-related law for centuries. Importantly, debates with which we are now familiar—about the scope of rights, about who determines the application and content of rights in any given scenario, about the relationship between Parliament and the judiciary, about the role of international human rights law in UK law—are also enduring. These sustained concerns stem, in large part, from an embedded sovereigntist sentiment: that the United Kingdom is perfectly able to protect ‘real’ or ‘fundamental’ human rights in a sufficient and effective way. What is needed, on this reading, is a return to the fundamentals of the (pre-Blair?) UK constitution. Consistent with this, what is now proposed as a ‘modern’ Bill of Rights is, in my view, best understood as a throwback.

It is a throwback to ‘British’ rights, referring to the proposition that civil and political rights (or what some might prefer to call ‘liberties’ or ‘freedoms’) are the core of human rights protection. This of course implies that human rights exist to protect the individual from the state but not to compel the state to ensure materially liveable lives and support human flourishing. Indeed, despite more than 50 years of the International Covenant on Civil and Political Rights and the European Social Charter (both of which the UK is a party to), the ‘modern’ bill of rights seems not to envisage protection for socio-economic rights except, of course, for rights relating to private property. Furthermore it indicates a very clear desire to move away from positive obligations which, according to the Consultation, “risk[] skewing operational priorities and requiring public services to allocate scarce resources to contest and mitigate legal liability — when that public money would be better spent on protecting the public” (para 150).

It is a throwback to Parliament as the core institution within the constitutional ecosystem; an institution that needs to be ‘restored’ even though, as we know, under the Human Rights Act 1998 Parliament was never displaced as a matter of domestic law. Executive dominance over Parliament is such that atavistic invocations of parliamentary sovereignty are deeply disjunctive with real world political practice. Nevertheless we are told the ‘Modern Bill of Rights’ will “guarantee[] Parliament its proper role” (part V), but without any indication of how institutional habits of Executive domination will be subject to corresponding adjustment.

It is a throwback to human rights law as something that applies at home but not to UK activities abroad. We think of this now as being encapsulated by debates about ‘extra-territorial’ application of the Human Rights Act and ECHR in military operations (something to which the Consultation devotes a specific question (Question 22)). However, this of course has precursors in earlier debates on human rights in ‘the colonies’ and in military campaigns against liberation and resistance movements and resonates with continuing controversies of rights-protection in the British Overseas Territories. It reflects a deeper set of questions about who is entitled to protection from state power even if, as I have already suggested, the articulation of rights is limited to this rather negative formation.

A truly ‘modern’ Bill of Rights would, in my view, concern itself less with the sovereigntist suspicion of international adjudication and the division of constitutionalist labour between Parliament and the courts, and more with identifying and addressing failures of human rights protection. Persistent economic, racial, ethnic, gendered, geographical, territorial and other disparities indicate clearly that critical questions of everyday human rights protection persist in this country. Instead of addressing them we (government, politicians, academics, institutions, civil society) are now pulled into diverting energy into replaying old debates in the context of a set of proposals that, as Stephen Gardbaum rightly notes, may well do little to resolve them.

In his foreword to the Consultation, the Secretary of State reminds us that “[t]he task of nurturing the UK’s tradition of liberty and rights is never finished”. In this he is, of course, right, but there is little indication that the proposed ‘Modern Bill of Rights’ will bring to it any kind of forward momentum.

This is cross-posted from the Constitutional Law Matters blog of the Centre for Public Law at the University of Cambridge; and is part of a series on the CLM blog responding to the government consultation on a ‘Modern Bill of Rights’