in this post, Sean Madden discusses and critiques the UK Government’s Rwanda refugee plan. The plan to transport vulnerable refugees 4000 miles from Britain to East Africa is widely-acknowledged to be immoral and illegal, but it represents only one element of a wider, historic injustice, that continually impacts asylum seekers and Rwandan domestic communities alike. 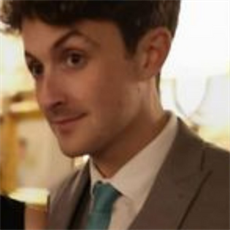 Despite myriad objections from senior civil servants, politicians of all stripes, civil rights groups, and even the UNHCR and UN Special Rapporteur for Refugees, the UK’s Home Secretary has forged ahead with a ministerial directive allowing for asylum seekers landing in Britain to be deported from UK soil to Rwanda – a deal announced to great fanfare by the governments of both states.

The UK’s decision to ‘off-shore’ – or indeed, resettle – asylum seekers, represents an egregious violation of its commitments under international law. The intent to send vulnerable people to a state from which they have recently and regularly accepted refugees, and about whose human rights record the UK government has expressed its own misgivings, only amplifies accusations of opportunism and hypocrisy. Recent reports of expedited deportation for desperate hunger strikers lends an extra layer of abhorrence to an already repugnant affair.

With Rwanda’s economy growing, improved access to electricity, and high levels of exports, that it would be so willing to partake in this agreement may, prima facie, seem surprising. The apparent successes, conversely, obscure a deeper malaise, and a coercion rooted in Rwanda’s colonial past.

The perpetuation of a system of international law and finance emergent of colonialism, and which continues to subjugate post-colonial states, draws Rwanda into the cycle of extraction, loans, debt, and foreign investment, rendering the maintenance of a self-sustaining polity, free from external influence and the confected necessity for support, continually problematic.

This dynamic is fundamental to the rationale behind Rwanda’s acceptance of this deal and to the subordination of human rights to economic growth, and, is more widely-indicative of the pressure to accept foreign investment that falls upon all post-colonial states.

A Deal Forged in the Colonial Encounter

The recent history of Rwanda has been inexorably shaped by its experience of the colonial encounter. As a land-locked country, with few natural resources, colonial powers were unable to extract value through the exploitation and removal of mineral wealth. Instead, Germany, as the colonial power, employed the country’s land as its predominant means of achieving profitability, introducing a number of crops, such as coffee and maize, and producing them for export in order to levy taxes on the population. With the dissolution of the colonies and the inception of the League of Nations after World War I, Belgium assumed the mandate over the region then-known as Rwanda-Urundi.

In Rwanda, as with many post-colonial states, the result of this imposition was the continuation of the prevailing dynamic. The economy remained dependent predominantly on agricultural production and export, benefitting those who owned and controlled land, and former colonial powers of the Global North. Meanwhile, local communities continued to suffer from an inability to adequately subsist, leaving levels of impoverishment and malnutrition high.

With the advent of the United Nations and the creation of the Bretton Woods financial institutions, the concept of economic development replaced notions of ‘civilisation’ at the centre of discourse pertaining to post-colonial states. Despite the variation in rhetoric, and mutation in the relationship’s form, the dynamic remained materially unchanged.

Centuries of exploitation by European powers, legitimised by international law, left former colonies stripped of resource, and of economic and political autonomy. Self-sustenance under the prevailing conditions and the vicious cycle of subjugation was almost impossible; it is the perverse irony of this relationship that Third World states became dependent on financial aid from the dominant global powers whose extractive activity had left them impoverished.

Receipt of loans, however, was contingent upon the post-colonial state’s adoption of neoliberal, free-market economic policies: privatisations, and opening borders to an influx of transnational capital were essential. IMF-mandated ‘Structural Adjustment’ programmes allowed for the continued incursion of foreign capital into the Third World, and so the persistence of the extractive and exploitative dynamic. Consequently, Rwanda is left heavily indebted to the IMF and other external providers, with public debt levels steadily rising – from 73% in 2020 to more than 80% in 2022.

That it is considered well-managed by the IMF is indicative of the manner in which debt maintenance, allowing for the continued incursion of foreign capital, is preferable to debt relief. Resource acquisition by foreign investors is the intended consequence of IMF intervention, and of perpetual debt. Resultantly, the post-colonial state must perpetually seek sources of income in order to pay down debt and facilitate growth. Meanwhile, the displacement of wealth to former colonial powers of the Global North continues.

The actions of the Rwandan government, in courting such contracts, demonstrates the difficult choices presented to the Third World. It is representative of the impoverished post-colonial state; subjugated in the international legal, economic, and social order, and whose ‘development’ is, by design, almost wholly dependent upon acceptance of conditionalities, and contingent loans proffered by international bodies, or investment by states ranging from China to the UK.

The Primacy of the Global Capitalist Class

An important element of the global power imbalance is that it is not, in actuality, restricted to a dichromatic split between Global South and North. Receptive governments within the post-colonial state are essential to maintaining this imbalance through acceptance and perpetuation of the dynamic – one which benefits transnational elites, domestic growth and GDP, and Western powers alike.

The Rwandan government under Paul Kagame is unashamedly globalist in its outlook, and has drawn praise for its emphasis on economic liberalisation from numerous global figures including Tony Blair’s Institute for Global Change, and Bill Clinton, amongst others. Its policies have seen Rwanda described as a leader and a shaper of Africa’s destiny in the 21st Century, with a concerted effort to attract foreign investment key to the realisation of this status.

With the Vision 2020 strategy, and its successor, Vision 2050 neoliberal conceptions of development have been cemented into Rwandan policy. The country, however, continues to grapple with unemployment and hunger. 80% of the population are reliant upon agriculture for work and subsistence, but, in line with the dynamic set in motion during the colonial era, much of the country’s produce is still exported . This contributes to economic growth, but leaves people unable to subsist, poorer, and hungrier. In rural areas outside the capital, Kigali, and vulnerable and minority communities in particular, high levels of poverty prevail.

The eagerness with which Rwanda has accepted the UK’s refugee deal, and the investment it brings, is completely comprehensible when viewed from this vantage point, but the drive to globalise Africa has, in the main, furthered the Postcolonial globalist agenda to a far greater degree than it has helped the continent. What can be seen in Rwanda is replicated across post-colonial states, as governments trade rights, resources, and agency for finance, payment towards debt, and economic growth.

For the UK, it is the continuation of a Postcolonialism that manipulates and subordinates; coaxes and coerces, according to political expediency, and with scant regard for the lives of those affected. This too has been replicated across the post-colonial state: from US intervention across Asia and South America, to France’s continued influence in ‘Françafrique’, those who favour open borders for capital movement and free-market economics attract favour from neoliberal international institutions and Western governments, and bring the promise of investment and attendant economic growth to domestic constituencies. In essence, global powers are able to manipulate openings for transnational capital insertion into new markets through the exertion of either direct or indirect influence over the democratic process in addition to international law and finance. That they are able to do so is resultant of an exclusivity of legitimacy, self-imbued under international law, and since the colonial era.

Kagame epitomises this transnational entente. Since leading Rwanda in the aftermath of the horrific genocide of 1994, he has both attracted support from governments and courted the interests of business across the US and Europe. In doing so, he has reaped the rewards of increasing economic growth and rising GDP so highly-prized by the IMF and World Bank, and which present a superficial veneer of progress to domestic audiences. The distribution of these gains, however, has been deeply uneven, and poverty remains high despite concerted efforts by government to make the data read otherwise. In the case of the UK refugee agreement, it would seem to tender significant implications for the ability of the state to adequately support an influx of resettled individuals, doubtless already afflicted with any number of vulnerabilities only likely to exacerbate.

Further, the purported willingness of the Rwandan government to engage in such subversive activity in order to perpetuate and strengthen their power extends beyond the massage of figures and self-enrichment to egregious breaches of human rights. As such, the repercussions for refugee resettlement extend beyond the UK’s use of Postcolonial power for political expediency, to real concern for the wellbeing of both Rwandan citizens and any potentially resettled individuals.

The Subordination of Rights to Capital

The Rwandan government’s authoritarian excesses have deeply concerned international human rights agencies, as accusations of unlawful imprisonment and extra-judicial killings of political opponents abound, and police have been found responsible for the deaths of protestors, including refugees. These events cast more than serious doubt over Rwanda’s ability to safeguard vulnerable refugees, even in the event that the resettlement policy itself were not a violation of international law.

Despite myriad and sustained critique emanating from human rights bodies, there has been a notable absence of comment from other international organisations. This amply highlights the conflict inherent within the order of global governance, where human rights concerns are, in effect, subordinated to those of development by financial institutions, even as human rights organisations declare their observance a pre-requisite of ‘sustainable development’.

In fact, the ubiquity and pre-eminence of the hegemonic neoliberal paradigm is such that the human rights regime can itself be construed as co-opted by the language of ‘development’. Despite the conflict of certain frameworks and agreements – such as, for example, the International Convention on Economic, Social, and Cultural Rights, or the UN Declaration on the Rights of Indigenous Peoples – with the goals of globalisation and perpetual growth, others emphasise the Right to Development alongside fundamental rights.

The entrenchment of this imbalance is itself emergent of the colonial encounter: The post-colonial state is subordinated within the IMF, as states with higher GDP exercise greater control over policy creation and implementation through the deeply unfair quota system. Former colonial powers of the Global North are thus empowered to separate the political from economic, enabling the ‘transcendence’ of capital concerns, and widespread acceptance of an unchallengeable economic orthodoxy that ultimately enriches a globalist elite whilst levels of impoverishment continue to grow.

Governments across both the UK and Rwanda stand to gain enormously – the latter in terms of investment and growth, the former through consolidation of anti-migrant rhetoric, fomented in order to appease their base. As with the colonial relationship, however, it is an agreement only achievable through the exploitation and disempowerment of a subaltern majority at the hands of transnational elites supported by international institutions of finance and law notionally concerned with protection of rights and livelihoods.

Political operators with a neoliberal, globalist outlook, such as Kagame, are the facilitators of foreign incursion, and policies such as the UK’s refugee resettlement, but the basis through which the Global North is able to apply this pressure lies solely within the colonial encounter, and the coercion contemporary institutions of global governance allow former colonial powers inflict upon the Third World.

Meanwhile, as the Rwandan economy grows, citizens continue to live without security and rights, without adequate jobs or remuneration, and without agency or independence over land, economy, polity, or wealth. GDP may grow, but the Rwandan population, along with some of the world’s most vulnerable refugees, relentlessly and repeatedly pay the price of colonial exploitation, well into the 21st century.