In this blog post, Dr Sam Cole discusses recent reforms to the Probation Service in England & Wales, and the importance of legitimacy in facilitating desistance from crime. 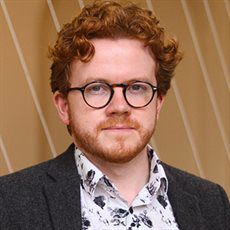 Probation is one of the least well-known aspects of the criminal justice system. Policing, prisons, and trial by jury are familiar to many of us; yet the role and purpose of probation, or indeed, where this sits within the criminal justice system is less clear. Given its background obscurity, reforms since 2014 to part-privatise the service occurred largely unnoticed – despite them being frequently described as policy ‘disaster’. As the service is reorganised once again as a public entity, there is an ideal opportunity to appraise what probation can be – if, as a society, we begin to care not just about the risk management, but the rehabilitation of, people who have previously committed criminal offences. The latter rarely features in a long-lasting temptation for stronger ‘punishment’ perceived to deter offending. Yet, in practice, effective rehabilitation is a more sustainable and pragmatic solution.

The broad role of probation

Today, the Probation Service has a number of different roles which largely revolve around the management of people that have committed criminal offences in the community. The term, ‘in the community’, whilst often used, is something of a misnomer – it may conjure images of neighbourly support, but those released from prison often face an array of challenges, including homelessness, social isolation and difficulties gaining work and employment. A key feature of Probation’s role is to therefore assist people in this transition, with the aim of facilitating a new life where criminality is not a recurrent feature. As such, the relationships between a probation officer and (as has been termed) their service users are observed to be an integral factor in facilitating desistance from crime – developing a necessary relationship of trust so that the drivers of individual offending can be voiced, explored and tackled.

This relational aspect of probation work does, however, need to be reconciled with their sentence management function. Probation’s involvement with service users typically comes after serving (in part) a custodial sentence, or in delivering a community sentence. Probation here, then, is not only the mentor and facilitator of individual rehabilitation, but also delivers a supervision and monitoring function – for example, by ensuring individuals do not breach various licence conditions attached to their sentence (with potential recall to custody), and compliance with drug and alcohol dependency courses, unpaid work, and curfews, etc.

With many reforms to the service, the purpose and role of probation staff has shifted over time. The service was originally grounded in social work by seeking to respond to offender need. However, since the 1980s, it has shifted (and maintained a focus on) the risk management of those who have offended, and the enforcement of licence conditions when in the community. Probation is not, therefore, a wholly welfare-centred enterprise, with work augmented by a need to also protect the public from any repeat offending. The level of risk an individual poses is therefore always central to how an individual is managed and provided rehabilitative support.

‘Transforming Rehabilitation’ and the privatisation era

As considered, the work of probation and its staff is complex. Supporting relational-based rehabilitation in the community, whilst also actively protecting the public, requires professional skill, dexterity and expertise. The legitimacy of such work is typically assumed, therefore, to rest within the parameters of the state – in being able to leverage social support for the individual, but also having the power to enact consequences of re-imprisonment. Nonetheless, for a variety of suggested reasons, in 2014 probation was part-privatised. In essence, those offenders identified as being of a medium or low risk to the public were managed by private companies (known as Community Rehabilitation Companies – CRCs). Those deemed high risk were managed by a newly established (state-run) National Probation Service (NPS). As Gwen Robinson and others have identified, the fact high risk offenders were designated management by the NPS communicates the ‘rightful remit of the state in the delivery of probation services’, with public protection being a strong (and assumed) rationale for state management of offenders. It was always questionable, therefore, why the lower the perceived risk an individual posed to the public, the more legitimate it was for them to be managed by private consortiums.

In perhaps an early manifestation of how policy making would be done in the future, the 2014 Transforming Rehabilitation (TR) reforms were implemented without much in the way of Parliamentary scrutiny. The TR reforms were therefore short-lived. In the 5 years after its implementation, the cross-party Justice Select Committee, the National Audit Office, and HM Inspectorate of Probation all reached broadly the same conclusion – that, in practice, the reforms were highly problematic and ‘irredeemably flawed’. Defective contracts, under-investment, and a disjointed service all contributed to the unsatisfactory supervision of service users in the community: by 2019, HM Inspectorate of Probation found 80% of CRCs to be providing ‘inadequate’ supervision in the community. Unsurprisingly, requiring probation staff to work in increasingly ‘harmful’ conditions impacted upon the quality of service provided.

As the policy landscape scurries from ‘Transforming Rehabilitation’, to supposedly ‘Strengthening probation, building confidence’, we see yet more restructuring for probation. The broad headline here is an acceptance from the current Government that TR was ineffective, but not necessarily due to the outsourcing model or privatisation of services.

The new ‘Target Operating Model’, sees a new state-run Probation Service established operating across 12 regional Delivery Units. Despite CRC and NPS caseloads therefore being managed by one regional organisation, the TOM retains a clear commitment to the commissioning out of certain services. For example, Commissioned Rehabilitation Service providers (accessible through a purchasing framework) will be contracted, and individual service users referred to, for their resettlement and rehabilitative service provision. Meanwhile, the role of probation staff employed by the Probation Service will be geared around sentence management – providing pre-sentence reports to court, sentence management through risk management and steering the selection of intervention programmes. Outsourcing, therefore, remains central to the re-nationalised model.

Whilst the commissioning out of specific services is not new for probation, the TOM continues to emphasise probation staff as being risk managers, with other providers delivering direct rehabilitative provisions. At a time where the service seeks to rebuild its legitimacy – in the eyes of the judiciary, magistrates, the public, and indeed its service users – there is a missed opportunity here to present the state’s role not only as one of enforcement, but also of directly supporting individual change. Procedural legitimacy in probation work – that is, the importance of consistency and fair treatment by authority figures – is important in fostering individual change. But who can legitimately provide this support is also an important consideration: if the state has the legitimacy to criminalise (through a criminal trial) it also needs to be seen to provide the opportunity for reintegration back into society. Perhaps affording representatives of the state a symbolic ability to provide rehabilitation opportunities is the ultimate demonstration that society can forgive previous offending, provided the individual plays their part in the process.

Who the new rehabilitative providers are to be under TOM remains unclear, but recent history should make us cognisant of how disjointed service delivery impacts upon day to day quality in probation. In this constant search for ‘innovative’ private and third-sector practice, the emblematic importance of a reintegrative state continues to be neglected. The pragmatist will point to the current landscape of commissioning-out in most government and local authority functions – sometimes with benefits and innovate practices evident. But when it comes to matters of criminal justice, attentiveness to questions of legitimacy is just as important as ‘what works’. The Target Operating Model’s silence on these matters does probation’s re-legitimacy issue no favours.