The Birmingham Law School Blog is delighted to host a three-part interview with Georgios A. Serghides, a judge of the European Court of Human Rights. Mr Serghides sat down with Professor Natasa Mavronicola to discuss his new book: The Principle of Effectiveness and its Overarching Role in the Interpretation and Application of the ECHR: The Norm of All Norms and the Method of All Methods (Strasbourg 2022). 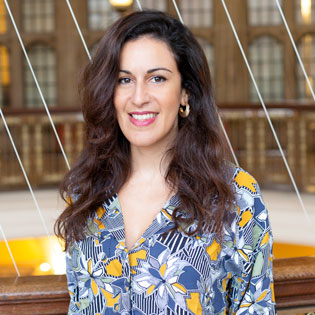 NM: First of all, congratulations for writing this thoroughly engaging and exciting book on such an important but arguably under-explored topic. I want to begin by asking you to tell us a little bit about what led you to write this book, and what kind of conversations you would like to see it triggering across the scholarly and stakeholder communities that care about the ECHR.

GS: Please allow me to begin by thanking you for your great interest in my book and its topic. The bulk of the book was submitted for a doctoral degree at the University of Strasbourg, where it was defended successfully in 2021. Its subject is the principle of effectiveness (the “Principle”), and it focuses on the overarching role of the Principle within the context of the interpretation and application of the ECHR, a proposition which the book supports from different aspects or angles, looking at the Principle both holistically and microscopically. As I explained in the preface of my book, I decided to undertake this research because, having already been a judge of the ECtHR for around a year and a half back then, I realised the importance of the principle of effectiveness as a tool for my everyday judicial work, and I saw that the requisite adherence to the Principle was not always ensured when interpreting or applying the ECHR provisions. I also realised that the existing literature on the Principle was very limited and there was no thesis or monograph on the overarching role of the Principle, its all-embracing nature and its conceptual dimensions and practical applications. Consequently, I decided that the best way to further benefit from the Principle and to help the scholarly and stakeholder communities understand its importance and apply it, was to explore it by thoroughly and systematically studying it and, at the same time, receiving academic feedback. To interact, on this question, with the University of Strasbourg, a historic, world-renowned and well-esteemed institution, in the city where the ECtHR is also situated, under the supervision of Professor Benoît-Rohmer, was a fascinating prospect and experiencing it helped me to remain enthusiastic all the way through this research. Through the book, I aspire to provide a valuable guide and a stimulus for everyone who is interested in international law and human rights and seeks for the effective protection of those rights. As such, because of my passion for human rights and their effective protection, the book is dedicated to the ECtHR, the guardian of Human Rights in Europe, and to the principle of effectiveness, the raison d’être of the ECHR.

NM: Your starting point and in many ways your guiding idea is that the primary aim of the ECHR is the effective protection of human rights. You have underlined this in your concurring opinion in Mihalache v. Romania [GC], no. 54012/10, 8 July 2019. I have found it interesting that you stress this point because it is something that we often treat as being implied or that we take for granted. Why is it important explicitly to (re)affirm this point?

GS: The Principle is perhaps the most significant principle of the Convention system, since it is the root, the substratum, and the foundation upon which the Convention system is based and it is the only principle of which the role and name are directly and expressly related to the fulfilment of the primary aim of the Convention and the mission of the Court, namely, the effective protection of human rights. Despite its ubiquity and overarching role, the Principle is still sometimes the elephant in the room – a principle that everyone sees, but sometimes is forgotten or not referred to, or rather mentioned in an indirect or implied manner.  However, this is not surprising, since the most obvious and self-evident things in life, including legal principles, are often the ones most overlooked. It is my submission that in interpreting and applying a Convention provision dealing with a human right, a judge should always have in mind and apply the Principle in a direct and explicit manner. This will help his or her attention not to be diverted from the need to protect the core of the right and from the central issues surrounding it. It will also help him or her to offer to the applicant a practical and effective, and not a theoretical or illusory protection of his or her human rights. As such, the Principle may be used as a compass for a judge, to point him or her in the right direction in interpreting and applying a Convention provision. I believe that, not only the survival of human rights protection, but, consequentially, also the future of the Convention system, depends upon obedient and constant compliance with the principle of effectiveness. As you correctly pointed out, in my concurring opinion in Mihalache v. Romania, I emphasised that in interpreting and applying a Convention provision, one must constantly and simultaneously be mindful of the principle of effectiveness in its totality, as a “whole”, thus, in terms of the practical and effective protection of the right concerned and in its different capacities or sub-capacities or aspects or parts which work towards that purpose. In doing so, one must never overlook the primary aim of the Convention which is the effective protection of human rights, and one cannot see the aspects of the Principle outside this aim. The Principle, if it is referred to by the Court directly and by its name each time in its judgments, will assist in reminding it of its primary aim and in bringing it closer to its task and mission, while ensuring that it is heading in the right direction, not passively but progressively and dynamically.

NM: You outline the dual capacities of the principle of effectiveness both as an interpretative method and as a legal norm in its own right. Can you tell us a bit more about what these two dimensions of the principle’s function involve and how they might interlink?

The principle of effectiveness is the only principle which apart from being a method of interpretation is also a norm of international law inherent in the Convention provisions securing human rights, the jurisdiction of the Court, its procedure, and the implementation of its judgments.