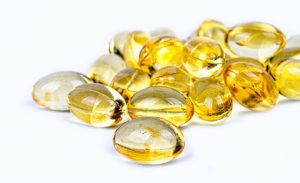 UK vitamin D supplementation policy needs to change to protect the health and lives of babies, pregnant women and dark skinned individuals, say University of Birmingham researchers as they today highlighted the death of a baby and serious ill health of two others due to a vitamin D deficiency.

They are now calling on the UK government to change its public health policy by introducing mandatory monitoring of babies and pregnant women to ensure they are taking vitamin D supplements. Högler and Uday also suggest that studies should explore the feasibility of introducing a rickets prevention programme which would see children receiving oral bolus Vitamin D supplements alongside routine immunisations at GP surgeries, with a similar strategy for pregnant women at antenatal visits.

Högler and Uday’s research outlines the cases of three babies aged five to six months, including Noah, all born in England to mothers of Black, Asian and Minority Ethnic (BAME) origin who developed low-calcium heart failure and rickets as a direct consequence of vitamin D deficiency. The researchers also found that five of the nine family members of these three babies also had bone disease caused by vitamin D deficiency.

Vitamin D is essential for skeletal growth and bone health, and deficiency can result in rickets, soft bones and seizures or heart failure as a result of a lack of calcium. Those particularly at risk are the BAME groups, which make up at least 14% of the UK population. Dubbed the ‘English disease’ during the Industrial Revolution, rickets was eradicated from the UK during the Second World War but has returned to England and other western countries through immigration of high-risk populations.

Dietary sources of vitamin D are limited. The main natural source is through exposure of skin to sunlight. However, dark skin produces far less vitamin D than white skin, and, from October to April in the UK there is no ambient ultraviolet sunlight of the appropriate wavelength for skin synthesis of vitamin D. National surveys suggest that around a fifth of adults and up to 24% of children may have low vitamin D status. Deficiency rates are even higher in the BAME part of the population who are under-represented in National Diet and Nutritional Surveys.

For more information, see the following post from the news page of the College of Medical and Dental Sciences: