In the blink of an eye, my four years at university are drawing to a close. A large chunk of my time here has been pleasant but there are aspects of it that I wish I knew sooner before coming to the University. In this blog post, I want to anecdotally share some of the things that I would tell my younger self and more importantly, some advice that I want to impart to prospective international students out there before coming to the University. My life-derailing procrastination habits almost blew my chances of studying in the UK when I applied late for my student visa. To make matters worse, living on the Borneo side of Malaysia meant that parcels and important letters would arrive a few days later than those living in the peninsula.

Despite paying for the premium service for my student visa, meaning it’ll be processed quicker, I wasn’t able to sit comfortably at home. The uncertainty of my visa spiked up my stress levels to new heights as the day of my flight was fast approaching. Fortunately, it arrived just in time for my flight.

Now, I don’t want anyone to go through the same gut-wrenching episode of worrying about the student visa, so if you’re an international student, apply for it as early as possible.

The timeworn quote, ‘You never know what you have until it’s gone’ is something that I relate to immensely. There are nights where I would live off of instant noodles because my close-to-non-existent cooking skills limited me from cooking up a storm in the kitchen. I now appreciate how excellent of a cook my mum is and had I asked her to pass down some of that knowledge while I was at home, I would’ve been able to satiate my Asian taste buds anytime I want. I’m getting better though, thanks to countless YouTube videos.

Let this be a reminder to you. Ask your mum, dad, helper or anyone to teach you how to cook your favourite home-cooked dishes prior to coming to University. It’ll save you loads of time and who knows, it’ll maybe even strengthen your bond with them.

So, I was aware that there were several Asian supermarkets in the vicinity of the University but unbeknown to me, they actually carry a wide range of Asian goods. If you hop from aisle to aisle, you’ll discover various goods ranging from Korean, Chinese, Japanese, Thai and Indonesian all housed under the same roof. Some stores even sell durian, which is wild to me!

As I’m writing this blog post, I’m still waiting for my National Insurance Number appointment because I wasn’t even aware of this until just a few months back. I guess I was unlucky because when I applied circa the end of December, it was apparently one of the busiest periods, so my appointment is now a few months after when I first applied.

The application process itself isn’t too complex; just give them a call with some relevant information at hand, they’ll ask you some questions, answer accordingly and voila, they’ll give you an appointment date. The appointment itself, I’m not very acquainted with but I’ll let you know once I’ve gone through mine.

As a Malaysian who wasn’t pre-exposed to UK slangs, expressions like ‘bruv’ and ‘innit’ had me all sorts of confused. I guess looking back, it’s a common courtesy to at least be aware of some of these slangs, just so that you won’t look silly when you encounter these in real life. In this case, Google is your best friend.

British etiquettes are going to be integral in your daily life, so be sure to learn them. Some of the very basic ones are saying ‘please’ and ‘thank you’, queue up when there’s a line and table manners. Don’t be caught off guard if there’s anything that’s outside of your norm and be respectful of it, especially when it comes to etiquettes. 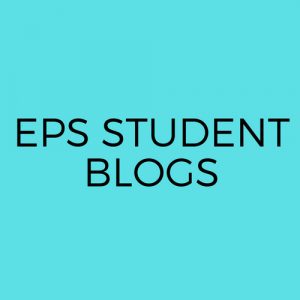