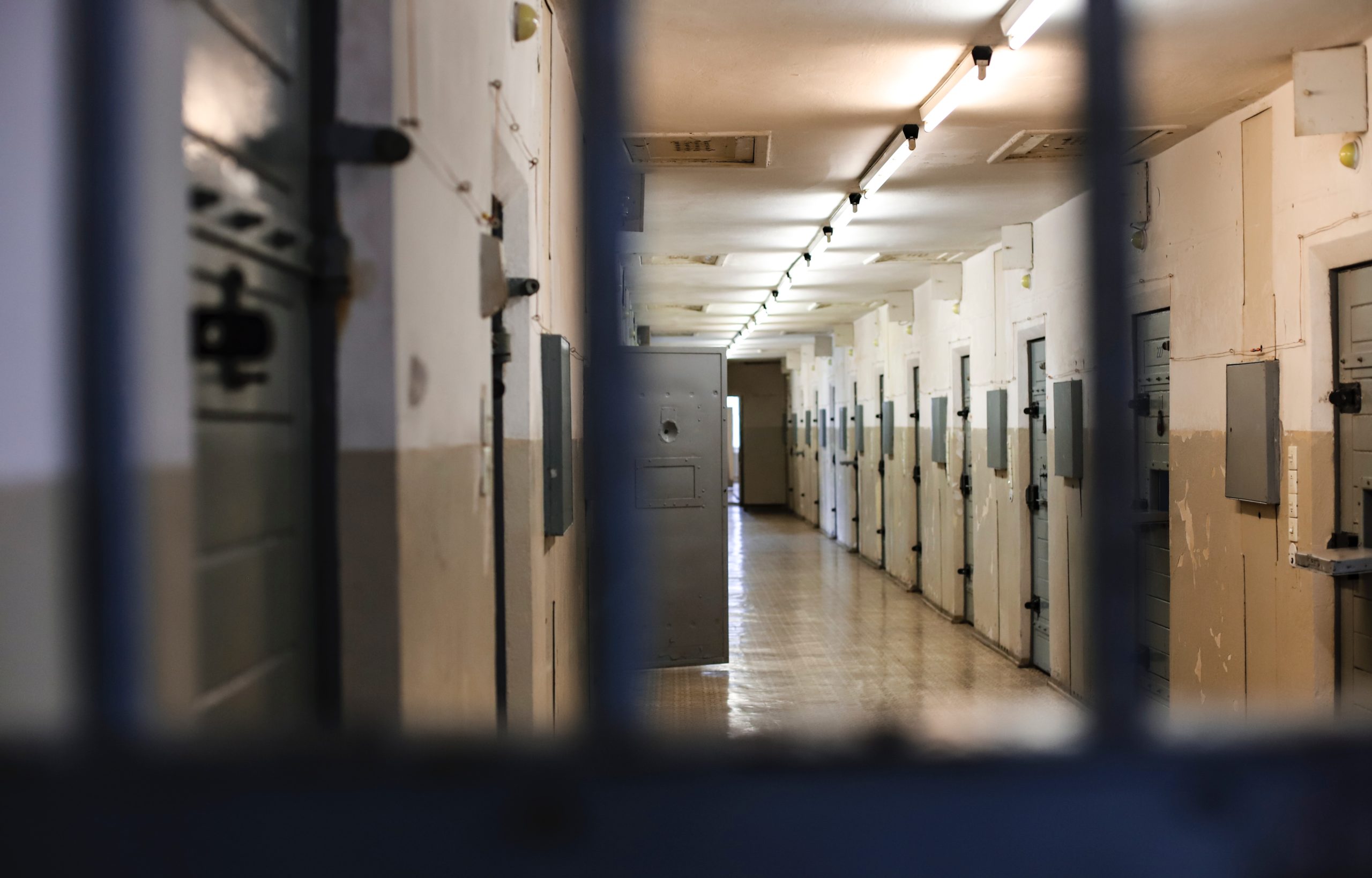 The Commission on Race and Ethnic Disparities recommended the phrase of ‘ethnic minorities’ to be used to understand and research injustice within the current system.2 This term has grouped research of individuals in varying ways in comparison to white individuals. Various areas of law can be used to analyse racial injustice in the UK; this blog will explore the issue of racial and youth injustice within the UK prison system specifically. The issue on youth justice and ethnic minority injustice is an important topic because it highlights disadvantages of the current operation of the legal system, and the lack of awareness in the understanding of these issues. The essay will propose ideas and potential reforms that can be adopted by authorities to challenge ethnic minority injustice.

The realities of ethnic minority injustice in the youth prison system

Ethnic minority injustice can be identified through the high proportion of minority ethnic youth being incarcerated. Recent research by the government has found that “children from BAME backgrounds now make up almost half (49%) of the entire population of youth custody”.3 The figure is relatively high considering the proportion of the ethnic minorities to the general population, situated around 14%4. This figure highlights the disproportionality of youth prisoners from ethnic minority backgrounds in the youth prison system, which does not reflect the general population from ethnic minority backgrounds. Furthermore, the figures also suggest how work needs to be implemented within ethnic minority communities to reduce the figure of imprisonment and question the operation of the current system and its role in helping the youth be educated and safe. Initiatives such as creative youth center programs enhance communal education and interaction, which can encourage future prosperity and turn youth away from crime. Adapting such initiatives in areas where there is a high population of ethnic minority individuals will help make ethnic minority youth feel supported by creating a communal network. In addition, ethnic minorities will feel empowered and potentially access opportunities to elevate professionally.

The current youth prison system: a change for the better?

The youth custody service has begun to combat racial issues through creating a reform program. The reform program was created with the aim of educating staff in the field and ensuring that ethnic minority youth felt represented and that their issues are heard. Under the Crime and Disorder Act 19985, local authorities must submit a Youth Justice Plan every year and should outline how the youth justice services will be provided, how they will be funded, and how this will operate and function over the course of the year.6 The purpose of publishing the Youth Justice Plan on an annual basis is to see whether authorities are making actionable changes to what currently occurs in the youth justice system. It holds those with authority accountable for the changes that they implement, and ensures progress is made for youth. It is an interesting piece of legislation because it directs a clear difference between youth and ethnic minority youth. The government’s purpose with this provision is to ensure that authorities are catering for their ethnic minority community, as well as ensuring that there are provisions that are adaptable for all races. This legislation is important as it directly identifies that there needs to be support for youth to create a future for them.

Prior to this implementation, there was criticism that local authorities were not doing enough to support the youth in their community: this legislation ensures that local authorities invest in the youth and their futures. The purpose of pro bono is to ensure that people are aware of their rights under the law and that no one person is valued above anyone else in the operation of the law. Through introducing legislation, it raises awareness of changes that need to be implemented and how authorities can learn to improve the current system at hand. Furthermore, it would give the opportunity for authorities to educate ethnic minorities on their rights as they would have a clearer understanding of the new changes.

The youth offending team management boards have mechanisms to check BAME youths facing justice. Children, parents, and careers are provided with appropriate information and support during the court process and checks for understanding.7 This enables all categories of individuals to understand their rights, what will be proposed within the court room and what results can come of this. From a pro bono perspective, this is important in ensuring that no one is disadvantaged for not understanding the law, and bridges the gap by making the law a more equal playing field. Due to the complexity of the law, it is important that the information found is communicated in a manner everyone can understand, which highlights the importance of pro bono here in making law accessible to everyone who needs it.

Moreover, the Children and Young Persons Act 2014 has introduced provisions to protect children from abuse and neglect in their household and in the community.8 It is important that there is a meaningful and trusting relationship established with children, promoting engagement, and ensuring they are aware of their rights. Protection for youth can be explored within this legislative piece, it entitles youth of any race to feel safe in all environments. The importance of this re-establishes ideas of how authorities can protect youth in communities and prepare them to create a future for themselves. A supportive community, with guidance from authorities, enables youth injustice to be challenged, and creates a system that is safe and educated.

The youth prison system in Norway and Sweden: a model for the UK?

In comparison, Norway and Sweden treat youth offenders in accordance with their needs and experience through justice placements. This includes secure accommodation for juveniles with appropriate training staff to deliver therapeutic interventions and learning.9 The method used in Sweden and Norway with the aim of rehabilitating youths has been successful, as it has proven to reduce the level of reoffending.10 This suggests that the model used in Norway and Sweden might be a useful reform for the UK prison system to consider in reducing reoffending levels. Currently, there are opportunities for growth in youth prisons through access to education and working opportunities during their terms of incarceration. Giving incarcerated individuals a clean environment and supportive network gives them the chance to primarily focus on changing their life for the better. Efforts to work towards the public good are evident in these countries, enabling prisoners to understand their rights and how they can become better individuals.

In comparison, despite there being similar structures in the UK, such as giving youth prisoners the opportunity to access educational courses whilst incarcerated, it has proven ineffective. One of the potential reasons for the figures of UK youth prison system not significantly reducing is because there is not a real support network based in prison. Suicide rates are extremely high in prisons, people are incarcerated for non-serious crimes, and it is costly to keep individuals within the prison.11 As a result of these reasons to reconsider when and how long individuals should be prisoned for, it is important to consider how to prevent reoffending. Due to the high level of people in prison, it is not financially feasible nor resourceful to ensure everyone has access to a consistent support network. Those with mental health issues or addictions do have the chance to cooperate with those with expertise, however many feel isolated when they are coming out of prison with no secure accommodation or employment. This makes it more difficult for prisoners to not reoffend again.

Since it is difficult for youth prisoners to get employment opportunities after their custodial sentence, having nothing set up for them when they leave does not give meaning or worthiness to youth. The issue with this is that many youth prisoners might believe that they will be unable to succeed in life, and thus not strive for a better life with opportunity outside of crime. However, if the UK were to adopt a similar rehabilitation approach that Norway and Sweden provide for their youth, they would be able to work more personally with the individual youth offender and their needs and encourage prisoners to attain their future goals.

Human rights charity JUSTICE has proposed reforms to the Home Office should deal with the effectiveness of Section 60 (stop and search powers). Controversial views in relation to this legislation are established because of incidents challenging the powers granted. Because of Section 60, historical rioting across England should be reflected upon. The riots occurred due to the unfair treatment of ethnic minority communities (in particular, the youth) and how the police abused their right to use this power. Enforcing mandatory specialist child-focused training would enable those in authority to understand more about what powers are enabled. Until there has been an evaluation for new proposals, the section should be suspended to ensure that improper conduct by police officers can be prevented. The agenda for this proposal is driven by an understanding of the negative impact and perceptions that Section 60 upholds. For many it can be seen as a racist and threatening technique used by police officers to prejudice certain individuals of the community.

There was an average of 700,000 stop and searches conducted by England and Wales police force, an increase of 24% from the previous year. The reason the police carried out these searches was suspicion of drugs or weapon possessions.12 A stigma against the ethnic minority community is attached to these ‘suspicious’ reasons for police, which can be seen through a high rate of criminal convictions. As a result of the stigma against ethnic minorities, racial arrest contributes to the disproportionate rates of ethnic minorities in youth prisons. Due to there being more targets and monitoring made by the police service, it is inevitable that ethnic minorities would have a higher percentage of incarceration than being in society. This system currently in place is unfair and rightfully is questioned by ethnic minority communities. I agree with JUSTICE to review this legislation, and perhaps restrict it until new initiatives are proposed.

In sum, there is a clear issue in the UK in protecting individuals from ethnic minority backgrounds and combatting the issue of youth injustice. Despite attempts to solve issues relating to the ethnic minorities injustice and youth community, there is still work to be done. As this blog has identified, there are various solutions proposed by organisations such as JUSTICE, and references to initiatives in Norway and Sweden countries that can be implemented to solve these issues. Pro bono is a great way to educate communities about rights, the law and legal system. Through working within the pro bono team at University, I have been able to educate and inform the younger generation of the law, prisoner rights and supportive networks. As this essay has outlined, there is a difference between youth and ethnic minority injustice, however through adaptive proposals from authorities the gap can be bridged.

7Ministry of Justice, Standards for Children in the Youth Justice System, (gov.com, 2019)

9 Children’s Commissioner for England, ‘Injustice or In Justice’ (2020) Government UK, 22.

11 Simon Jenkins, ‘British prisons are inhumane and do not prevent crime – most of them should go’ The Guardian (London 2020)