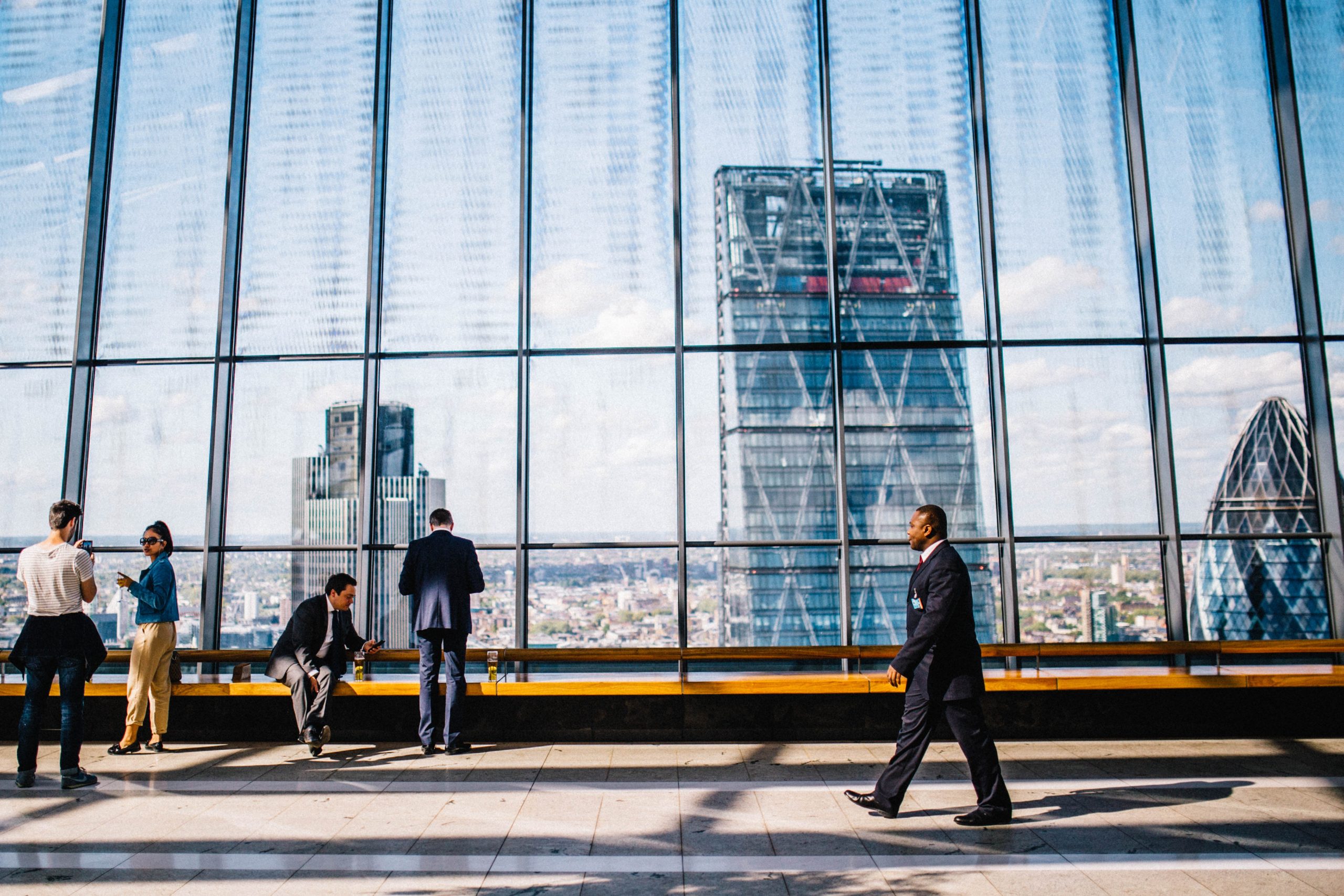 An analysis of the implications

The following definitions have been provided by the author of this blog.

There are two legal doctrines, fundamental to English Company Law, which protects members of the company from liability, but also ensures members can be held liable for the company’s actions in exceptional circumstances. The two legal doctrines vital to assessing corporate accountability are namely the doctrine of separate corporate personality and the doctrine of piercing the corporate veil. For instance, where a member misuses company finances, the legal principle governing such circumstances apply to ensure companies are protected from their members actions. In this blog, I will discuss both doctrines and assess the impact it has on both companies and its’ members. The interaction between these two doctrines will also be analysed and developments made by case law to these doctrines will be assessed to establish how the application of these two doctrines has changed. Finally, pro bono issues relating to company law will be assessed.

Piercing the veil: Prior to Prest

To first establish the impact of the doctrine of piercing the corporate veil, we must analyse the impact of one of the most important doctrines in company law – the separate corporate personality doctrine. Under Company Law in England and Wales, companies are given a separate ‘legal’ personality from those that run it, such as shareholders, directors and employees. As companies are regarded as a separate legal entity, distinct from its members, members of the company will not be held liable for the company’s actions (e.g., debts).  In the Salomon case, the court’s affirmed the separate corporate personality doctrine by stating that a ‘company is a separate legal entity distinct from the members of the company’1. This principle is the foundation of the formation of companies and integral to company law.

However, there are circumstances where the courts may set aside the separate corporate personality doctrine and pierce the corporate veil, resulting in certain members of the company (generally directors and/or shareholders) being held liable for the company’s actions. Although a company is considered an association of its members2, it is also separate from its members. Nevertheless, despite the strict application of the separate corporate personality doctrine, prior to the Prest judgement, exceptions to the doctrine were narrowly applied, however, there were more circumstances in which the courts were able to pierce the veil.

Under the old law: Exceptions to the separate corporate personality doctrine

Under common law, there were 6 different exceptions to the separate corporate personality principle: agency, nationality, contractual guarantees, single economic units and a company existing as a façade or for improper purposes such as tax evasion. The exceptions relevant here to cases of piercing the corporate veil are namely taxation and sham.

Prest v Petrodel: Restriction of the application of the piercing the corporate veil doctrine

The Prest10 case was a matrimonial dispute concerned with ancillary relief, where the defendant was alleged to have hidden some of his assets from the divorce proceedings by using the three companies, of which he was a major shareholder of, to hold his assets on his behalf. The Supreme Court’s approach was to ensure that company law could not be used as a tool to conceal assets away from matrimonial disputes, while preserving the integrity of the Salomon doctrine. What sets the judgement of Prest apart from the previous case law judgements is that the Prest judgement erases these common law grounds to pierce the veil and introduces in their place two new principles which must be satisfied before the courts can lift or pierce the veil.

The principles introduced by Lord Sumption in Prest is the concealment and evasion principle.

Impact of the Prest judgment

The impact of this judgment is twofold: it both restricts the court’s ability to pierce the veil by limiting the possible circumstances which it can be done, whilst simultaneously reaffirming the Salomon doctrine.

This provides increased protection for members who may be responsible for wrongdoing within the company, for instance, where members commit tax evasion or misuse company funds, as the courts here are less likely than before to pierce the veil and hold that individual accountable due to less grounds to do so.

Moreover, there is an issue of legal certainty here. In the Prest case itself, Lady Hale stated that “it is relatively unclear when the evasion principle is relevant”11, as it may not be possible “to classify all of the cases in which the courts have been prepared to disregard the separate legal personality of a company neatly into cases of either concealment or evasion.”12. It is unclear how some cases will be treated by the courts under the new rules.

The law being unclear on what does and doesn’t pierce the corporate veil can have a hugely negative impact. For example, tax evasion, which may not be the reason a company is set up but rather a wrongdoing within the company may go without accountability, as the evasion principle outlines that it is relevant where a company is set up as a sham, such as that in Gilford. Therefore, it is unclear where these cases lie within the eyes of the law, and it does nothing to provide companies with further protection against circumstances where members misuse the company to evade tax, to evade fiduciary duties or to misuse the company for other reasons. This is a problem, considering that an estimated £3.1trillion is lost from tax evasion13! Decreasing the likelihood of accountability will only allow such acts to continue.

The limited circumstances in which the courts can pierce the veil may prove problematic. This can negatively impact a company, as without piercing the veil to hold members liable, the court cannot impose remedies for misuse of the company to lessen the negative financial impact the company may have suffered due to members’ improper conduct. Furthermore, piercing the veil is important as, without doing so, the courts will not know which members to order remedies against. For instance, where company funds are being misused, the courts need to pierce the veil to see who is misusing the funds, who needs to repay the company, who to order an injunction against or who to order to pay damages to the company. However, if the member of the company misusing company funds is a director, other remedies are available under the director’s duties outlined in the Companies Act14, yet this is restricted only to those circumstances, which does not cover all possible wrongdoing by various members.

However, Onoran is of the view that the court in Prest has “used the opportunity to resolve. . .some of the issues relating to veil piercing”15. This is partially accurate, as it is evident that the introduction of the two principles was beneficial in crystalising the grounds in which the courts will disregard the separate corporate personality doctrine. However, the limited scope may results in a wide scope of circumstances where the company may be misused but piercing the veil will not be available to the courts when attempting to remedy the situation. Evidently, there is still some ambiguity concerning when the courts will actually apply the evasion principle and the alternative approach for cases which do not fall under the concealment or evasion principle.

As mentioned, clearly the limited grounds where the veil can be pierced limits the scope of caselaw in this area. This actually may personally benefit members who have misused the company for improper purposes, as the brunt of the act may not fall on them personally. However, the lack of clarity within the law means that there is no clarity as to what would pierce the corporate veil, thus what would hold members accountable for their actions. Therefore, there is limited foreseeability for members who may be unaware that what they are doing is actually likely to give them personal responsibility. Moreover, since the law in this area is far from clear cut, members, especially employees who may not have as much access to funds to afford legal advice, may be in the dark as to what they can and cannot do. The negative impact of this is evident if there is a court action. They may not be able to afford extensive legal advice and representation to defend themselves against a corporation with an expertise legal team. Given the lack of clarity within the law, it would be difficult for them to defend themselves if they had no access to legal advice.

Providing those who want to start a company with free legal advice on such issues can ensure they are well informed on how not to use the company for improper purposes. This will not only benefit companies and its members in the long run but can potentially reduce future legal claims in this area, which is far from certain. Avoiding litigation is key, as it may be too costly for some people to seek legal advice and representation, particularly when a company, such as a parent company, may have an upper hand by having greater awareness of the law of this area, more financial resources, and their own legal expertise team.

Company law needs reform to protect companies from being used for improper purposes by members, as the restrictiveness of the concealment and evasion principles leaves a lack of protection to companies and make it harder to hold members liable. To counteract this, the courts should introduce other principles relating to specific circumstances such as tax evasion or misuse of company funds, in order to pierce the veil: the companies should not face the burden of this without personal liability. Specific principles for specific circumstances will ensure the courts have a legal basis for piercing the veil rather than exercising their discretion. For instance, introducing a principle allowing the court to pierce the veil where a tortious claim is brought by employees of a subsidiary against its parent company, will ensure parent companies are held liable for acts it has committed through its subsidiary. While this was the case in Adams v Cape Plc16 the current legal framework provides no protection to employees in such circumstances.

In addition, the courts should also clarify the circumstances where the veil will not be pierced as this may be easier than clarifying all the possible circumstances where the courts will pierce the veil. It would also improve legal clarity if there was guidance on whether the old grounds to piercing the veil are incorporated under the new rules, or if they are truly discarded of. This will increase certainty and predictability of when the courts will pierce the veil and increase legal clarity on the issue for company members.

Overall, the impact of the Prest judgement on the application of the doctrine of piercing the corporate veil has resulted in the court restricting their ability to disregard the separate corporate personality doctrine to only two circumstances. Yet previous case law has proven that there are numerous times where companies have been used for improper purposes by their members, and members should be held liable for such acts. Although the courts will no longer pierce the veil on grounds it used to before Prest, this does not mean we cannot minimise such circumstances from arising by informing company members (and those planning to start a company) what the proper purposes a company should be run for are, and the negative impact (and consequence) of running a company for improper purposes.

Note: If you are an LLB Law student at the University and interested in company law, there is an opportunity to take this module during your studies, as this module is offered in the third year and led by Professor Lorraine Talbot.