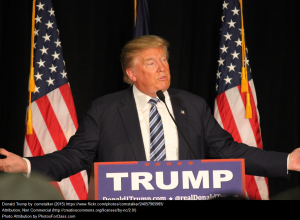 Thank you so much. That’s so nice. Isn’t that great? Asking me to…coming on here and – and I have to tell you I’m here, and very strongly here, because I have great respect for World cinema and everybody, and tremendous respect for it. So much.

With that said, World cinema is really headed in the wrong direction with filmmakers who are doing an absolutely terrible job. World cinema is collapsing around us, and many of the problems we’ve caused. Our filmmakers are either grossly incompetent, a word that more and more people are using, and I think I was the first to use it, or they have a completely different agenda than you want to know about, which could be possible. What are you gonna do? Maybe the fifth amendment people can do something about this. I don’t know.

In any event, World cinema is broken, and our films are in serious trouble and total disarray. Very simple. Very simple, people. Filmmakers are all talk, no action. They are all talk and no action. And it’s constant; it never ends.

So we’re going to make World cinema, people. And the Mexicans are going to pay for it. World cinema is a total catastrophe and by the way it is going to be a disaster. People are closing up cinemas. Filmmakers, good friends of mine, very good friends of mine are quitting the business. I have a friend of mine who’s a filmmaker, a very good filmmaker, a very successful guy. He said, I have bad scripts. Bad scripts, people. And he needs better scripts because it is so complicated and so terrible and he’s never had that before and he’s going to stop filmmaking. And he was a very successful guy. But it’s happening more and more.

I have made many films, many, many films. They’re all over the place. But  everything about World cinema is a lie. It’s a filthy lie. You can keep your World cinema. And you’ve all heard that hundreds of times. I don’t even say it anymore because everybody says the same thing. I think I said it first. And it’s disgraceful. It’s a big, fat, horrible lie. So it’s a real, real disaster. And somebody has to replace World cinema. And they have to do it fast and not just talk about it.

And I think I would be very good at that. Very, very good.