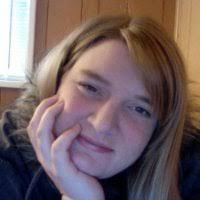 Type II diabetes mellitus, one of the most common chronic diseases, has seen an immense increase in global prevalence in the past few decades, and is expected to continue rising. Global prevalence is expected to reach nearly 600 million by the year 2035, and the WHO predicts diabetes will be the 7th leading cause of death by 2030. Type II diabetes mellitus is a chronic metabolic disorder in which blood glucose is not appropriately controlled. Onset is a slow, progressive process in which receptors become insensitive or resistant to insulin, leading to elevated blood glucose. The slow onset can make diagnosis difficult, resulting in presumed undiagnosed cases, and suggesting the true prevalence is much higher than estimated.

The impact of diabetes is significant, especially in those with poor glycaemic control. These include risk of neuropathy and blindness, infections and ulcers on outer limbs due to poor blood flow, amputations, kidney failure, and increased risk of cardiovascular disease. In addition, Type II diabetes is also associated with an increased likelihood of developing additional co-morbidities, to the extent that half of all adult diabetes patients have at least one co-morbidity.