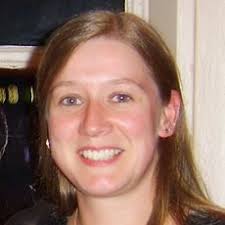 In my opinion, one of the great things about public health research is that it draws together people from a variety of backgrounds with a diverse range of knowledge and skills – which can surely only be of benefit to the discipline. My own path to public health and epidemiology has been a particularly unusual one. My undergraduate degree and first master’s were in Natural Sciences (Chemistry), but I then moved on to an entirely different subject and spent the next seven years studying and researching ancient Egypt; it was only after this that I joined the BLISS team as a (fairly inexperienced) Research Assistant and began my journey in public health research. Since then, things have been moving pretty quickly – thanks to everyone who has given me support and encouragement along the way! – and I’m now working as part of the CLAHRC team, while also doing the MPH part-time.

However, I am still very much involved in Egyptology: over the last few years, I have contributed to a small exhibition of Egyptian artefacts on loan to the University from Eton College (Connections: Communication in Ancient Egypt), and, together with a group of fellow alumni and students, I help to run Birmingham Egyptology group and an online peer-reviewed Egyptology journal. I therefore thought it might be interesting to use this opportunity to very briefly explore the subject of public health in ancient Egypt!

The subject of my PhD in Egyptology was personal religion in the Libyan Period in Egypt (c. 1069-715 BCE – beginning about 150 years after the death of Ramesses II, known as Ramesses the Great, and nearly 300 years after the reign of Tutankhamun). During my research, however, I came across a number of texts which could be considered obliquely related to the subject of public health. ​

While, to my knowledge, no official public health policies existed, public health messages of a sort can be occasionally found in surviving Egyptian literature of the period, including, for instance, in the instruction or wisdom texts – a genre of didactic literature taking the form of a set of moral teachings being passed from father to son. The Instruction of Any, for example, includes advice relating to sexual practices and moderation in the consumption of alcohol – although the justifications for these admonitions perhaps suggest that physical health may not have been the primary concern:

Beware of a woman who is a stranger … Do not know her carnally. A deep water whose course is unknown is a woman away from her husband.
Do not drink too much beer … If you fall and hurt yourself, no one is there to take your hand, your drinking companions stand and say ‘Out with the drunk!’

Ultimately, health and long life were believed to be in the hands of the gods, and so the concepts of health, medicine and religion were closely connected. This is illustrated by an amusing graffito in the Theban necropolis in which a scribe requests that the god Amun refrain from inflicting the same infirmity and/or early death on him as he did on his father:

Amun, Lord of the Thrones of the Two Lands, turn your eye towards me … save me! I am your servant. Guard my limbs! May you allow me to reach the venerated state (i.e. old age). Do not do as you did to my father, the royal scribe in the Place of Truth Djehutymose!

Given this conviction, it is perhaps unsurprising that the most widespread form of ‘health protection’ was the use of amulets – magical talismans, often invoking intervention by one or more gods, which could protect against disease, dangerous animals and any other harmful entity or eventuality. One particularly interesting type of amulet is the ‘oracular amuletic decree’: these amulets comprised thin strips of papyrus bearing oracular pronouncements for the safety of their owners, which would have been rolled up, bound with cord and placed in a cylindrical container to be worn around the neck as a protective amulet.

Almost all of the declarations made by the gods in the oracular amuletic decrees relate to the physical protection of the owner. Particularly common are promises that they will keep the owner safe from bodily harm or sickness, and protection is offered for numerous specific parts of the body, ranging from external limbs such as arms and legs, to internal organs, including the heart, lungs, liver and intestines. The owner will also be made immune to a wide range of named diseases and ailments, of varying severity, including skin irritations, headaches, leprosy and blindness. In order to prevent the owner from being vulnerable to any sickness not listed, the texts commonly affirm that they will shield the recipient from ‘every kind’ of illness or disease. Some of the texts emphasise this point further, for example:

Not only is disease prevented, but the general health and proper functioning of the body is assured, ranging from promises that the owner will be able to tolerate food to assurances that they will not go bald:

We shall cause locks of hair to flourish and we shall not allow it to fall out.

Other common perils are also protected against, especially the bites and poisons of dangerous animals, particularly scorpions, snakes and crocodiles, and ‘every mouth that bites’, which will be prevented from coming ‘anywhere near [the owner] throughout his entire lifetime’. More bizarre accidents and unfortunate events also get a mention, ranging from the ‘collapse of a wall and the fall of a thunderbolt’ to ‘the star which falls from the sky and crushes people’ (i.e. a meteorite)!

There were undoubtedly many other practices connected in some way with the promotion of health and the prevention of disease (e.g. the concept of purity and cleanliness among the priesthood, talismans and protective practices used during maternity and childbirth); this is just intended as a bit of a taster for those of you who might be interested! If anyone would like to learn a bit more about ancient Egypt, you are welcome to come along to one of the fortnightly fora organised by the Birmingham Egyptology group – more information can be found at http://birminghamegyptology.co.uk/
​