The 22 June marks 70 years since the arrival of the Empire Windrush at Tilbury docks. The ‘sons of the Empire’ came not as immigrants, but as British subjects exercising a form of “freedom of movement” within the borders of the British territories. But as we fast forward to today, three generations later, the Windrush scandal … END_OF_DOCUMENT_TOKEN_TO_BE_REPLACED 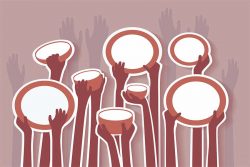 By Andrew Jolly, Doctoral Researcher School of Social Policy, University of Birmingham Food poverty is a pressing global issue, there are an estimated 815 million people in the world today who are chronically undernourished and eradicating the issue of world hunger is one of the UN sustainable development goals. The Food Standards Agency estimates that … END_OF_DOCUMENT_TOKEN_TO_BE_REPLACED