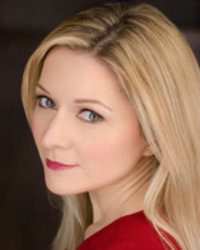 Candida Moss is Edward Cadbury Professor of Theology at the University of Birmingham. She holds a BA from the University of Oxford, an MAR in Biblical Studies from Yale Divinity School, and an Maria and PhD from Yale University. The award-winning author of six books and over thirty scholarly articles, including The Other Christs (Oxford, 2010), Ancient Christian Martyrdom (Yale, 2012), and Reconceiving Infertility (Princeton, 2015), she has held fellowships and won prizes from the National Endowment for the Humanities, the Woodrow Wilson Foundation, and the John Templeton Foundation. A columnist for The Daily Beast she is a frequent contributor to, among others, The Atlantic, Los Angeles Times, Newsweek, Slate, the Washington Post, CNN, BBC, and Politico. She also serves as a CBS News Commentator for religious and Papal affairs, and comments on breaking news stories for CNN, Fox News, and NBC.

Professor Candida Moss comments on an embezzlement scandal in the Catholic Church
August 1, 2017

A Christian family’s involvement in the antiquities trade
July 10, 2017

Why Pope Francis and Donald Trump are “the oddest pope-president pairing in history”
June 8, 2017