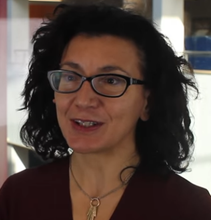 Professor Jocelyne Cesari joined the University of Birmingham in September 2015 as Professor of Religion and Politics, working primarily in the Edward Cadbury Centre for the Public Understanding of Religion, where she has particular responsibility for oversight of the Centre’s research agenda.

Her role is to bridge the gap between religious studies and social sciences by investigating the interactions between religion and politics across different traditions and cultures with a particular focus on democracy, secularization and toleration.

Posts
To curb political violence in its name, Islam needs to be independend of political power, not reformed even further
April 1, 2017

Islam as a political force: more than belief
February 10, 2017

The existential war between Islamic State and secular France
July 27, 2016