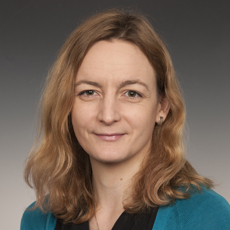 Dr Katherine Brown is Lecturer in Islamic Studies at the University of Birmingham. She is interested in Muslim women’s involvement in violent religious politics, specifically Islam. Her work examines the ways in which gendered jihadi narratives motivate and enfranchise, and how they combine with everyday experiences of living and politics. She also examines how counter-terrorism and counter-radicalisation programmes impact on religious women’s rights and Muslim communities. She is currently finishing a volume on gender and anti-radicalisation measures worldwide, as well as working on articles looking at gender in the Utopian and apocalyptic visions of the Islamic state group, Daesh.

Women and Radicalisation I

Resilience, religion and laughter after the London attack and Manchester bombing
June 8, 2017

Islamophobia and causes of terrorism must be part of awkward conversations after London Bridge attack
June 7, 2017

Islamic State hates what Ariana Grande stands for – that’s why we should celebrate her
31 May, 2017

This is how Islamist radicalisation actually happens
May 24, 2017