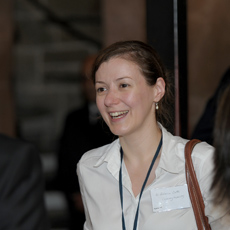 Dr Rebecca Catto is an assistant professor in the Sociology department at Kent State University, Ohio, USA.  She is also Honorary Research Fellow of the Edward Cadbury Centre for the Public Understanding of Religion. Her main research interest is in religious-secular relations, in the UK and internationally. She is currently a Co-Investigator on ‘Science and Religion: Exploring the Spectrum’. Recent publications include work on Islam in Europe, material atheism, and the sociology of religion. She co-edited with Linda Woodhead Religion and Change in Modern Britain (Routledge, 2012).

Posts
Non-religious Britons and Canadians perceive a conflict between science and religion
April 6, 2017