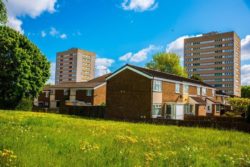 Liam O’Farrell considers spatial justice and housing, comparing the UK and its European counterparts. Overcoming common urban social issues Mitigating the segregation of marginalised groups is highly dependent on local context. Nevertheless, comparing a major British city with peers elsewhere in Europe suggests that devolution of decision-making powers and financial resources, along with a commitment … END_OF_DOCUMENT_TOKEN_TO_BE_REPLACED