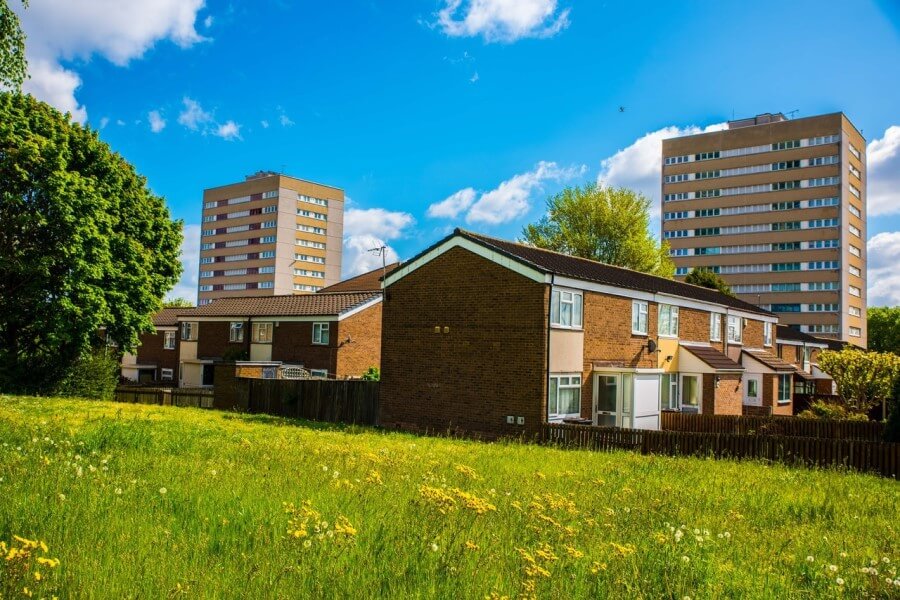 Mitigating the segregation of marginalised groups is highly dependent on local context. Nevertheless, comparing a major British city with peers elsewhere in Europe suggests that devolution of decision-making powers and financial resources, along with a commitment to achieving spatial justice, could help overcome some common urban social issues.

The concept of spatial justice is a way of giving physical form to the sometimes more abstract idea of social justice. In an international collaboration of urban planners, geographers and political scientists from the UK and Switzerland, we sought to explore the democratic foundations of spatial justice. To this end, we analysed housing policies and carried out a series of interviews with stakeholders in three European cities. The project ran as a comparison between these case studies with radically different planning traditions and roughly similar populations in their metropolitan areas: Birmingham, Lyon and Zurich.

A framework for comparison

Our framework drew from Susan Fainstein’s (2010) work on the ‘just city’, which advocates for urban planning that defends and furthers equity while also recognising diversity. We combined this with Edward Soja’s (2010) theory of spatial justice, which argues for the equitable distribution of resources across cities. This links to work by the likes of David Harvey (1972) and the idea of territorial justice, which calls for mechanisms to achieve social justice across the entire city. We conceptualised a socially just urban transformation as being predicated upon actively reducing socio-spatial inequalities – that is, policies targeting both people and place. Our project broke with Fainstein on, among other points, the value we see in civic engagement, rather than expecting technical experts to dominate decisions. 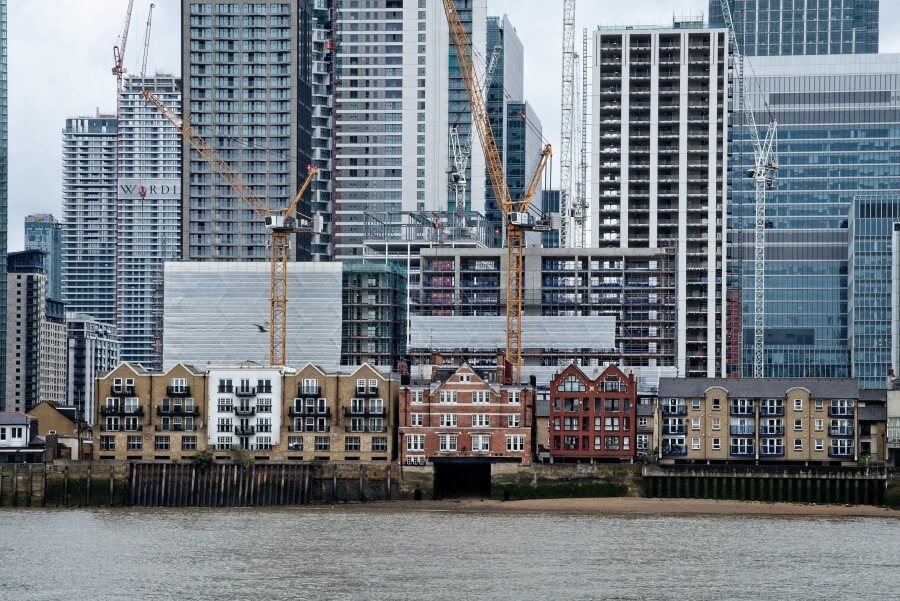 We identified gentrification and ghettoisation as key urban trends across the case studies. Both are also linked as by-products of housing financialisation. Investment in hitherto deprived parts of cities can start a process of gentrification as wealthier residents move in, in turn displacing poorer residents. When viewed on a city-wide scale, this displacement can lead to poorer residents becoming increasingly concentrated in certain parts of a city. There is thus involuntary spatial segregation or ghettoisation. Access to affordable housing of a decent standard, mixed throughout the urban area, is therefore essential to counteracting spatial injustice. The concentration of poorer residents – who are often also members of minorities, have lower educational qualifications and employment rates, and are marginalised in multiple ways – has, among many other effects, negative impacts on the health of democratic culture. It is already well-established that there is a causal relationship between experience of inequality, lower rates of social trust and decreased political and civic participation (Uslaner and Brown, 2005).

Our work in Birmingham added to the literature on the impacts of the intense centralisation and destructive austerity that is the reality for many local authorities in the UK. Interviews with urban planners, council officers and elected representatives found widespread feelings of disempowerment, anxiety, and a sense from multiple participants that the housing market in the city is failing to deliver for the most vulnerable people. There are also issues with low quality housing stock and increasing homelessness which we seriously doubt the ‘trickle down’ growth model of urban leaders will address. No participant in our interviews was able to meaningfully articulate how Birmingham’s vision of ‘inclusive growth’ would be achieved in practice, suggesting there remain too few mechanisms for achieving this beyond the rhetoric. Nevertheless, we also noted growing interest in co-production and innovation in citizen participation which might be green shoots of optimism for the city’s future.

By contrast, our work in Lyon found rather different attitudes. Extensive devolution to the city region has provided local leaders with the tools and resources to tackle these issues. Empowered narratives among those we interviewed were coupled with data showing increasing social housing stock in the city and the introduction of policies to encourage social mixing that is a step away from the policy failure of the banlieue, or large housing estate. However, residents are typically not empowered to participate in making decisions about the future of their city – although, as might be (and indeed was) argued, the public electing representatives to make these decisions is a fundamental characteristic of representative democracy. 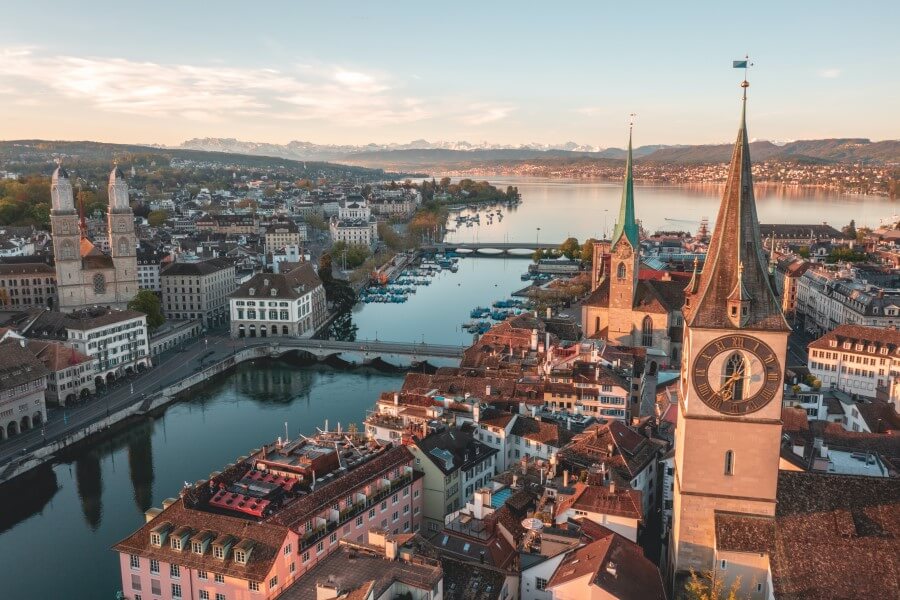 Finally, the Swiss case study is a model of direct democracy, with citizens used to regularly voting in referenda. As an international financial centre, Zurich faces an unusual pressure in that, alongside a large population of poorer and lower-skilled migrants, there has also been a substantial influx of highly skilled and wealthy migrants. The city relies heavily on housing associations to maintain the availability of affordable accommodation. A further unusual feature is that around one-third of Zurich’s population does not have Swiss citizenship and is thus disenfranchised. Those with foreign backgrounds who are not successful in applying for citizenship are not able to participate in decisions about the future of the city.

Despite their different political models, planning traditions and degree of civic engagement, we found some commonalities in the pro-growth attitudes of local leaders. At its core, this has several fundamental problems. Firstly, it is very difficult to see how infinite growth using finite resources can be achieved in practice. Moreover, competition for resources and investment, including the growing popularity of state-led funding competitions, can become a zero-sum game in which some win (often those with greater resources, knowledge and connections) and others lose out. Finally, there are the social and environmental impacts of the current urban growth model which we know to be unsustainable.

Crucially, we believe that when it comes to the idea of the ‘just city’, it is not gentrification-induced displacement that is the most pressing issue in our cities. Instead, a greater cause for concern is the widespread passivity or tacit acceptance of existing – and indeed growing – levels of social and ethnic segregation. This is damaging to the health of our societies and our democracies. As such, we call for the empowerment of local leaders and planners to tackle this problem, making decisions adapted to local knowledge. To that end, local authorities need to have the resources and powers to take action, including intervening in property markets through construction of new social housing.

Finally, the political geography of cities strengthens the case for regional-level devolution. The formal borders of the municipality of Birmingham do not represent the functional urban area of the city any more than in the case of Lyon or Zurich. Therefore, collaboration between neighbouring local authorities within a guaranteed devolved governance framework, potentially supported by active citizen participation, could strengthen our democratic foundations and help deliver more just cities.

‘The Democratic Foundations of the Just City’ was funded by the Swiss National Science Foundation and ran as a collaboration between the universities of Zurich and Birmingham.

This blog was written by Liam O’Farrell, Researcher, University of Sheffield, and a City-REDI Associate. It was first published on the Housing Studies Association website.