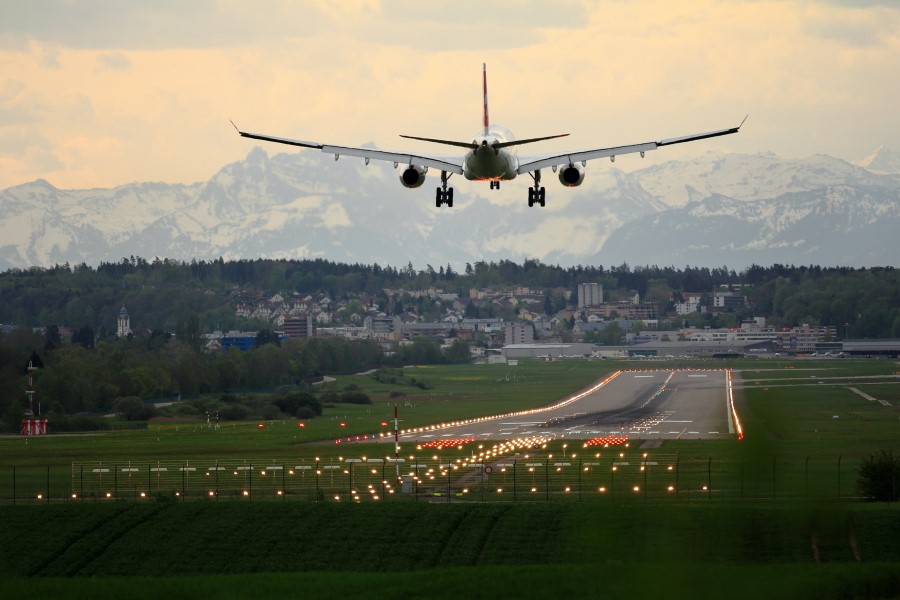 Paul Kehoe looks at the aviation industry in the UK and how the pandemic impacted the market.

The annual Birmingham Economic Review is produced by the University of Birmingham’s City-REDI and the Greater Birmingham Chambers of Commerce. It is an in-depth exploration of the economy of England’s second city and a high-quality resource for informing research, policy and investment decisions.

This post is featured in Chapter 4 of the Birmingham Economic Review for 2021, Connected Places: Foundations for Growth

In the time just before Covid-19, the United Kingdom was the 3rd largest air market in the world – 300m passenger air trips. That year, India overtook the UK to claim the third spot just as China had done a few years earlier. It’s not difficult to understand why the UK was originally in the second spot after the USA – the UK’s Island status and excellent ground infrastructure meaning the bulk of the passengers were making international trips. However, the growth of air transport in both China and India, driven by their economies and populations would knock the UK off the second spot.

Britain has been in the vanguard of aviation development since WW2, remained second for most of the latter half of the 20th Century and into the 21st Century. Air services were vital to make economic, trade and cultural connections with our closest neighbours and distant trading partners. The rise of new cheaper means of air travel, whether by more economical jets or the new low-cost carriers (LCCs) kept the UK air market buoyant and allowed greater connectivity; first from the regions to the capital and on to the world but latterly by direct flights from the UK regions to distant destinations.

Notwithstanding the connectivity afforded by LCCs into Europe, it was the rise of the Middle Eastern Carriers that brought long haul direct access and a true one-stop strategy for local passengers to many parts of the world. Similarly, those airlines also opened opportunities for inbound travel to the UK regions.

Over the last 20 years, Manchester, Edinburgh, and Birmingham were seen as the key airports to be served by foreign carriers. The pecking order for UK aviation has always been Heathrow first, then Gatwick, Manchester, Birmingham and, or Edinburgh. For the Midlands, at peak air passenger throughput, the local airport generated a regional economic impact in 2017/18 (as reported by the consultants, York Aviation) was some £1.7bn GVA and 33,000 jobs.

The Midlands’ problem perennially has been its proximity to London and the excellent infrastructure in place to ensure that passengers wanting to travel, say, to New York could whisk down the M40 to Heathrow to catch any of the 30 flights a day between the two cities. Enticing airlines to serve direct flights between the Midlands and the world was always difficult given Heathrow’s proximity. However, some airlines saw the value of direct services. Two of the pioneers were Continental from the USA and Emirates from the UAE who were both able to stimulate and match market movements with direct flights. 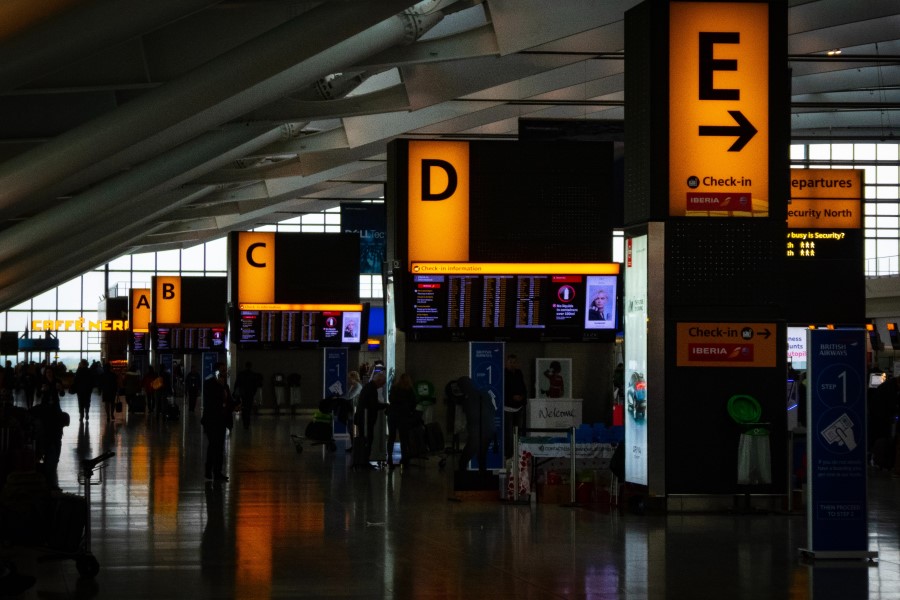 The key for both was of course the lucrative business air passenger market. Business-class fares could often be sold at three, four or even five times the price of the economy seat. It’s no surprise therefore to see why the UK air market attracted so many passengers – with potentially a fifth of all trips being business passengers or wealthy tourists flying in business class, it is an attractive proposition all round.

It is fair to say, that airlines and airports want business class passengers, they make airlines more money notwithstanding the volumes of economy passengers who would flood the duty-free/retail stores.

Typically, airport managers want three things – revenue, low costs and stable but growing markets. They tout their wares to the airlines by selling the proposition that their airport catchment is unique, wealthy or has some important characteristic such as ethnic links to a particular destination.

The challenge has been convincing an airline to take the plunge into a particular market and airports became very inventive at selling and packaging their markets with route development funds and regional support to attract new airlines. Management recognised that the important thing was not just volume but ensuring that they attracted business passengers vital for the regional economy.

That was the case until Covid arrived. The airport business model is very simple; they are capital intensive businesses that when they operate at capacity can make significant sums of cash but when they lose their revenue, they are encumbered by their cost base.

Over the last 30 or 40 years, the aviation industry has managed to weather several events – the fuel crisis, Gulf War 1, 9-11, the 2008-9 financial crisis and, even, Eyjaffjalljoekull, the Icelandic volcano but they were mere blips compared with the tragic impact of Covid 19. In 2020, UK airports lost some 90% of their passenger numbers – the principal driver of profitability whether through landing and passenger fees but also retail and car parking. It is a shock that has lasted some 18 months and impacted two summer travel periods. Airports with cash will survive but most likely some form of Government intervention may be required to help these key economic airbridges to reconnect a post covid impact Global Britain. 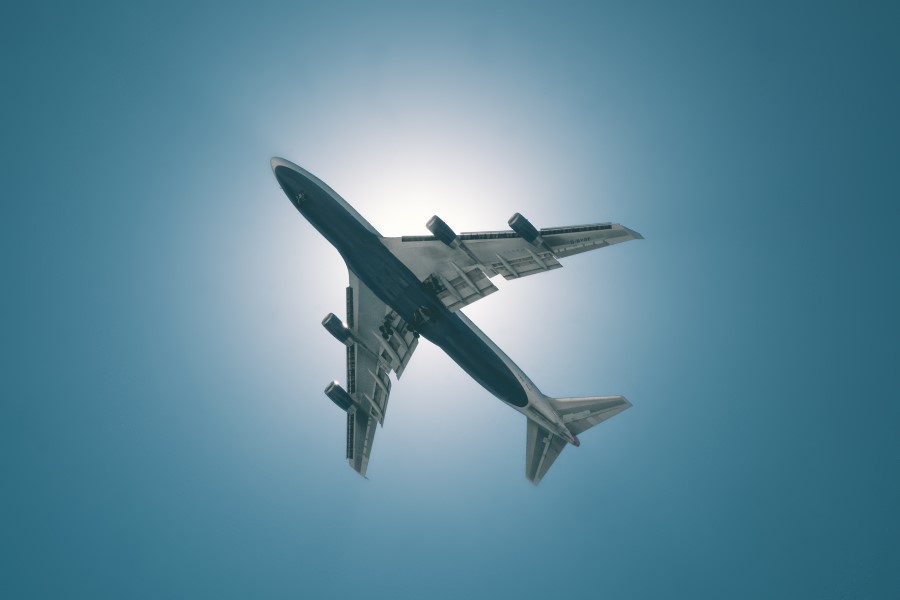 Unless a long-term cure for Covid can be found, continuing medical interventions will be needed to allow continued travel. It is not certain whether the herd immunity approach or the zero covid approaches will be the best way forward. Until that day, it is likely that a stop-start approach to travel patterns will continue. The consensus in the aviation industry is that “normal” travel patterns may resume sometime in 2024.

Should there be no cure, we may have to find a new way to travel safely; although much business can be done remotely, business has been built on social interaction and the world is interconnected with some families living on the opposite sides of the planet.

And should aviation begin to recover from the pandemic, the spectre of controlled travel may still be on the horizon because of the dystopian possibilities of carbon emissions and climate change. The climate conference, COP 26, at Glasgow might just set a new direction of travel for the industry but unless a new way is found to capture the prize of global interaction, aviation wealth creation may stay tantalisingly out of reach.

This blog was written by Paul Kehoe, former CEO of Birmingham Airport.