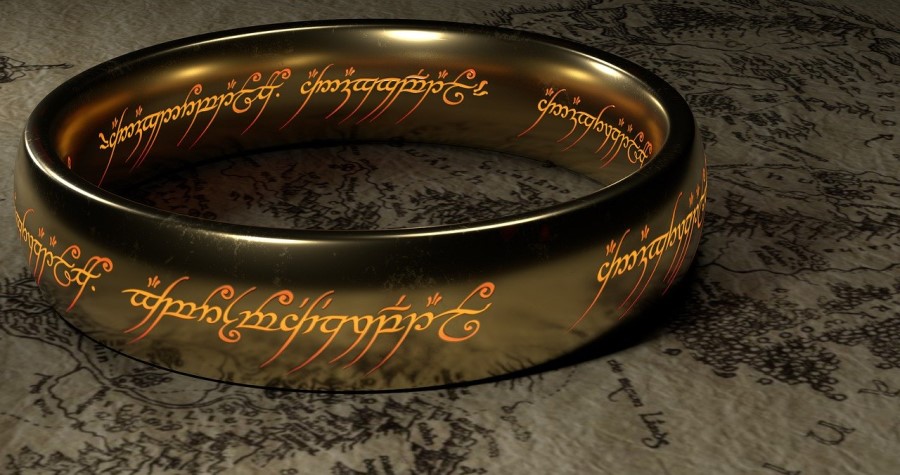 Tolkien and his works are inextricably linked to Birmingham, and hints of Middle-earth can be found across the region. He grew up in Kings Heath, a suburb of the city, and spent a considerable amount of time in Hall Green, home to Moseley Bog, believed to be the inspiration for Fangorn Forest. The city captured the imagination of a young Tolkien, helping create some of the most iconic fantasy locations, most of which are now imprinted on the subconscious of the Western World. Perrott’s Folly and Edgbaston Pumping Station, a slender red-brick tower, helped inspire Orthanc and Minas Morgul. Sarehole Mill in Hall Green inspired the old mill in Hobbiton, south of which his Aunt had a farm called Bag End. Tolkien and his brother spent hours playing at the watermill, only to be chased away by the Miller’s son, whom they nicknamed the ‘White Ogre.’ The Chamberlain Clock Tower, here at the University of Birmingham, with its imposing height and menacing giant clock-face, inspired the Eye of Sauron.

This city is the Shire. It is Middle-earth. Bloated black smoke would gurgle from the chimneys of the Black Country skyline, which would blot out the sun only to clear on Sundays when the factories were closed. The parallels with Isengard’s industrialisation and Mordor’s use of machinery to oppress nature are clear.

Tolkien is inarguably a son of Birmingham – so why has the city not claimed him as their own? And more importantly why hasn’t the city cashed in on its claim to Tolkien?

Birmingham Museum has a relatively unheard of Tolkien Trail. Sarehole Mill is only open twice a week. The city has no statue, no iconic feature that links Tolkien to the city, and no businesses that are boastful of Birmingham as the city of Tolkien. Where’s the Inn of the Prancing Pony in the City Centre?

In the recent West Midlands Combined Authority tourism strategy there was no mention of Tolkien. It is unthinkable that Stratford-upon-Avon council would release a tourism strategy and not mention Shakespeare, so why are civic leaders across the city shy to boast about one of Birmingham’s greatest literary giants?

The reason why might go to a deeper aloofness which blights the region’s personality. We’re just not very good at shouting about our success. Rolls Royce is not seen as a Midlands business, but a national asset. Other than Cadbury and Jaguar Land Rover, we have not actively sold our success stories – for example, the sports-performance snack brand Grenade, which is a young company based in Solihull, with £37m in revenue.

The region overlooks its own triumphs. Recent YouGov polling of regional perceptions found that 17% of people from the West Midlands dislike the West Midlands. Many of us suffer from self-deprecation, a hangover from a nation that has ridiculed and mocked the city, from the accents to the concrete motorways which choked the city’s perception and growth.

Civic leaders should make the case for the Bodleian Library’s Tolkien: Maker of Middle-earth exhibition to be permanently based in Birmingham following its international tour. The MayorInt ’s vision for an integrated metro system should incorporate a Tolkien line, perhaps instead of the Chamberlain line (because everything in Birmingham is already named after Chamberlain). And the Combined Authority and the City Council should explore how they can exploit the city’s connection to Tolkien as part of a revised tourism strategy.

With confidence, this city should remind the world (and ourselves) that we’re great enough to have inspired Tolkien and Middle-earth.

6 thoughts on “Birmingham Has yet to Embrace Tolkien – Why?”