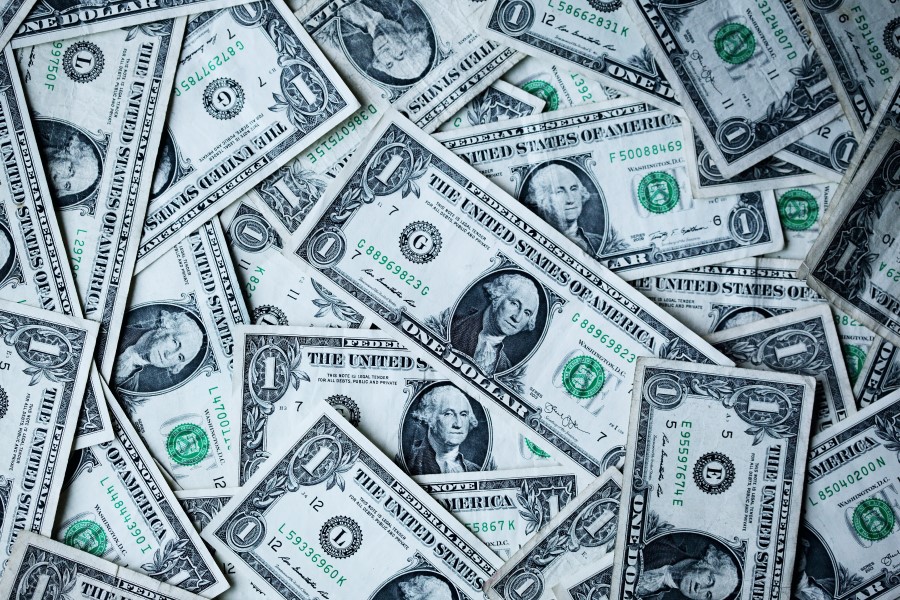 In a world where living standards have dramatically risen in the developed nations, technology and science are often credited with this outcome. Advancements in technology have created better farming techniques and increased food production. Medical science has eliminated disease and prolonged life through organ transplants, keyhole surgery and pacemakers. So how has capitalism impacted on global living standards?

Fundamentally, it must be said straight away that capitalism has been, and still is, an incredibly overwhelming positive force for the world and is easily the most successful economic system that has ever been produced. Since the time of Karl Marx, the embourgeoisement of populations has led to greater financial and social security, as well as, fulfilling careers that were once reserved for the elite. With the right saving plan, many will buy their own home, start their own business, save for their pension and enjoy unprecedented levels of leisure time. Just in case you are still not convinced why this is the single greatest economic system ever invented, let us examine the past. Technology has created more jobs than it has destroyed in the colossal world population boom in the last 144 years. Work is more fulfilling as dull jobs have been automated and creative careers becoming more numerous. Incredible advanced in medicine, accountancy and professional services were made under capitalism, and essential products like the television have seen a 98% fall in real-price since 1950. 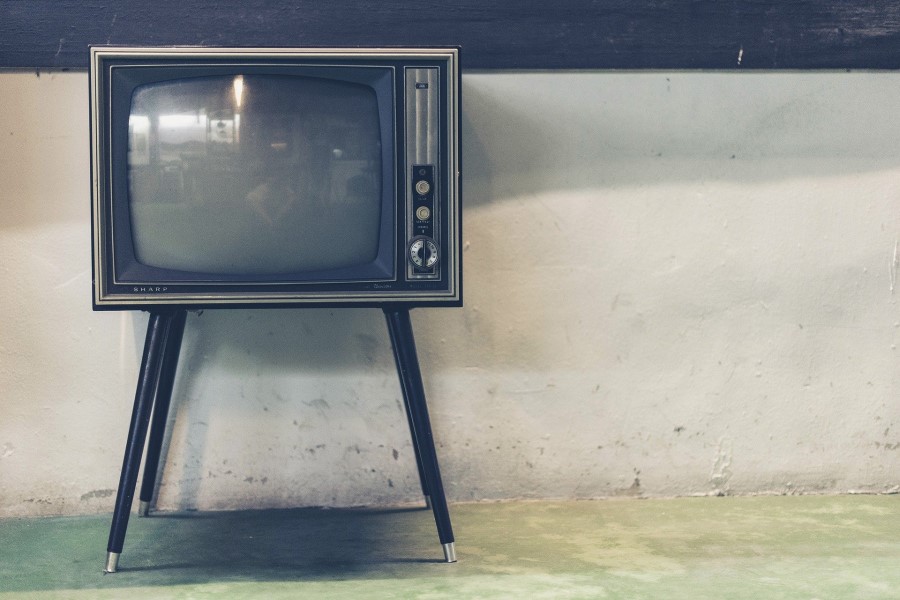 Some would say this is a prerequisite to materialism; the making of commodities to fulfil our happiness and needs. You may say, so what if televisions have fallen in value meaning every family, including poor families that live in a home, can afford one? This isn’t a real argument to say it is the best system in the world… this hasn’t made a huge difference to reprimanding the suffering of Humankind. Well, is it enough to say capitalism has dramatically reduced child mortality rates and vastly increased the lifespan of old age? If that was not so then how would we explain an exponential world population increase? Whilst medical science has been credited for a positive difference with these two areas, the innovative nature of capitalism and the wealth it generated was able to fund and foster scrutiny of medical ideas which led to successful research. For example, in the Soviet Union, the goal of the central planners was to “catch up with and surpass the West”. Despite the Soviet Union in 1986 having a population 14% larger than the United States, they had 73% more hospitals than the US (23,100 vs 6229), 69% more beds for patients, 48% more physicians and 99% more midwives. However, the average life expectancy was 64 and 73 for males and females in the Soviet Union compared to 71 and 78 for males and females in the United States. It may be telling that despite far fewer staff and hospitals, the United States outspent the Soviets by more than $184 billion in 1979 ($645 billion in today’s money) and the US government paid less than half this amount compared to the 92% share the Soviet Union planners contributed. Capitalism enabled the United States to mobilise and efficiently allocate its resources, as well as, create far more efficient hospitals than its rival and was able to show a clear health benefit to its population as a result.

Other areas of living standards have skyrocketed such as education (and female education), skills, information and social mobility. But most of all, capitalism as a form of trade and enterprise has been the engine in the immense reduction of world absolute poverty as The Guardian writes “In the past 200 years, extreme poverty has collapsed from a whopping 94% of the entire world population to less than 10% today”. 60,000 people are escaping extreme poverty every day because of trade. But if capitalism is so good, why are there huge swathes of populations still poor and suffering today? Capitalism isn’t the cause of this poverty but rather that there is a lack of capitalism that affects these areas. Government corruption, war, political instability and other structural problems prevent power being placed into the markets and operating efficiently in these areas. 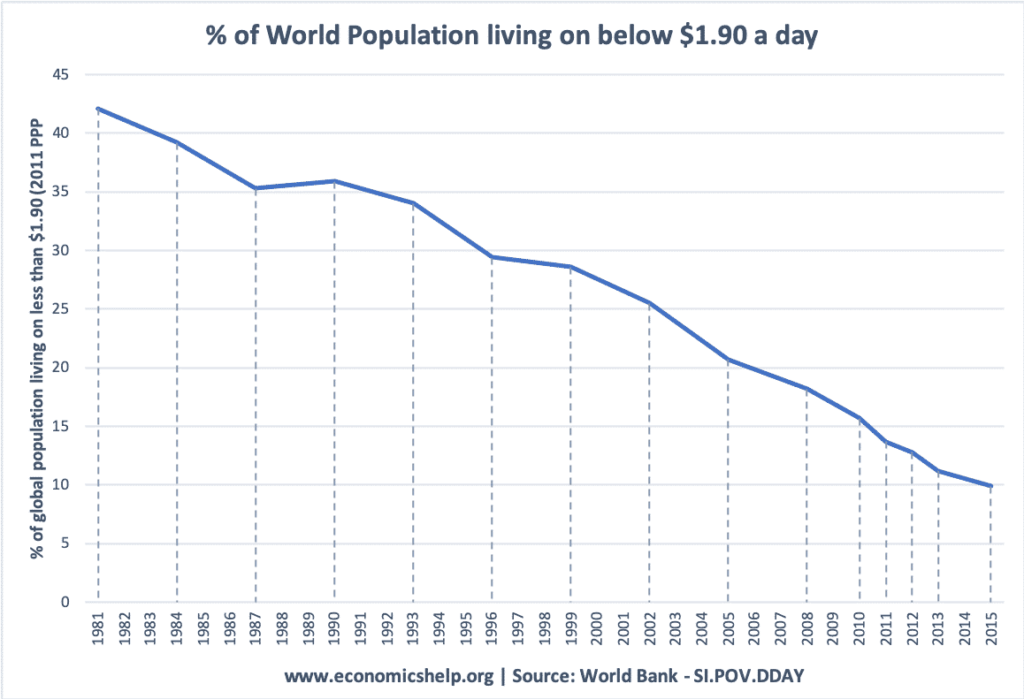 The argument that the above graph has nothing to do with capitalism is nonsense. If you look at the graph below you will also see an exponential rise in GDP per head which is attributed to a huge increase in global wealth as countries industrialised and traded. After colonialism ended in the 20th century, there was an acceleration in GDP per head occurred as many countries became independent, based their currencies on the Gold Standard and then later the principles of the Washington Consensus. 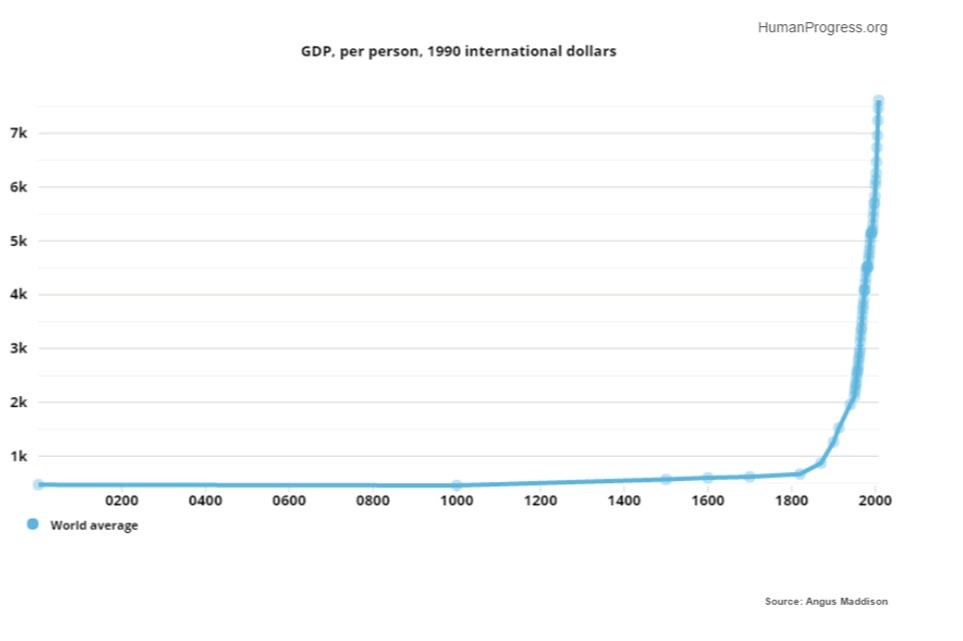 With huge rises in global wealth, dramatic reduction of poverty and the standard of living reaching new highs, it is calculated that since 1800, the average world citizen today is 120 times better off than their 1800 counterpart. Anyone with an internet connection has far more access to knowledge, education, art and culture that was reserved for high elites and kings not so long ago. Never before have so many people lived so well in history.

BBC, (4th September 2011). A Point of View: The revolution of capitalism

Foundation for Economic Education, (9th June 2016). Capitalism Is Good for the Poor

The Guardian, (3rd February 2019). Capitalism is having an identity crisis – but it is still the best system

The Library of Economics and Liberty, (5th July 2010). The Unacknowledged Success of Neoliberalism

Disclaimer: The views expressed in this analysis post are those of the authors and not necessarily those of City-REDI or the University of Birmingham.