Rebecca Riley is Administrative Director of City-REDI and has managed over 200 projects across all local government policy areas with a focus, amongst other things, on forecasting. In this post Rebecca outlines what the professional forecasters are making of the impacts of Brexit, and how the experience of the EU referendum can inform the process of forecasting itself. 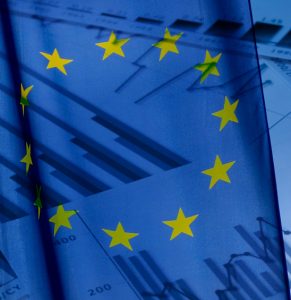 The EU referendum is looming large and the headlines are getting even larger, bombarding us with rhetoric of random fears most of us can’t fathom. Every day comes with another fear added to the growing pile and yet the debate is still light on ‘objective’ analysis.  We are being deluged with conflicting analysis of the impacts of leaving and staying and pantomime exchanges on TV; all this competing analysis serves to do, is to cause confusion. It also highlights the difficulties of forecasting. Maybe only fools forecast but there are different types of fools: fools that forecast without highlighting the assumptions that remain hidden behind the forecast and other fools that develop a forecast to support a favoured political outcome.

Most forecasting is carried out on the basis of continuing the status quo, growth will continue its slow but steady climb, gradually the population grows, jobs grow, businesses grow and skills grow with them. It’s an evolutionary approach based on the trends of the past. The fittest survive and thrive in the slow race for growth.

But this kind of forecasting is frankly abysmal at seeing and understanding the different, the unusual or the side swipe. Any forecaster will tell you they need a trend before they can forecast, by default that means seeing something emerge before making a decision on its future. We can also learn from our previous experience of a similar event to predict the consequences of a planned intervention or change. However, there are no similar events which we can use to predict either a leave or remain decision. Nevertheless, perhaps there is one country that could be explored – Singapore’s break away from Malaysia. But, this was a very special event and the context was radically different. The difficulty is in developing a realistic and robust forecast within such volatile uncertainty.

That’s where forecasting fails, and can fail spectacularly as 2008 shows us.

So, what we are all experiencing now is forecasters and commentators trying to deal with uncertainty and the lack of trend, but it does expose the use and application of assumptions to an extent never seen before. The forecaster is exposed as an educated guesser and their guesses are laid bare for everyone to see. In a world where the professional guesser is challenged by the well-educated non-professional every day, the basis of their judgement is crucial to credibility.

So what are the professional guessers saying?

Civitas is challenging the ideas that our economy will be damaged should we leave and argues that the huge trade benefits are a myth. They present a view which aligns us with Switzerland and that there is much to gain from leaving, as long as we retain free trade with the Single Market. Their assumption is that the dependence we have is far lower than others estimate.

The Adam Smith Institute is also extoling the importance of the Single Market and that the only viable option is joining the European Economic Area.  Their assumptions depend on the UK having free movement of goods, capital, services and people with the rest of Europe.

A recent event by NIESR on the economic impact of leaving offered a variety of perspectives; Prof Patrick Minford critiques the assumptions made by forecasters, including the Treasury. He highlights that most of the volatility within the market and business is due to current uncertainty and that once this goes it will settle down, implying the main source of uncertainty is the government itself. Although this is potentially true given current political rhetoric, it is a bold assumption that this uncertainty will not continue to shake the markets should we exit. The question here is really about the duration of these impacts; resilience will occur in which the system recovers but not necessarily in a predictable manner.  In response to that Prof John Van Reenanpoints out some of the assumptions on Brexit are fundamental; do we buy from the cheapest place or the closest place? Do we buy and sell to the places we have established relationships with or build new relationships in growing markets? Does the price fall happen because of EU protectionism or quality differences in EU versus new markets?

NIESR themselves have warned that should we leave, there will be a “significant shock to the UK economy”including reducing GDP by 1% in 2017 and nearly 8% by 2030; drop in Sterling immediate depreciation by 20%, reduction in trade and Foreign Direct investment, fall in wages and consumption, dropping by up to 9%. They use their economic model to develop scenarios, driven by the same assumption that uncertainty will intensify. Their detailed analysis however highlights the complexity of predicting something we have no real past benchmarking, trend or equivalent for.

The Centre for Economic Performance (CEP) has also argued that leaving would have a negative effect on FDI, making the assumption that leaving the EU would lower trade between the UK and the EU because of higher tariff and non-tariff barriers to trade. They also argue that income would fall, which would offset any money saved through the initial net benefit from not contributing to the EU budget.

NIESR research suggests a vote to leave the EU could dramatically change immigration and its impact. Work looking at the long term economic impact of a reduction in migration found that a significant reduction would have strong negative effects on the economy, leading to a reduction in GDP and therefore the income take for public finances. To build this scenario they make educated guesses (based on their research) at what the likely reduction in immigration will be, the type of immigration and where this will impact most.

HM Treasury has also released analysis again creating scenarios and testing them, they have then taken the middle point of those estimates of impact, for example £4,300 loss of GDP per household. Each scenario has a set of assumptions underpinning them, similar to the other estimates. Such as; what type of agreements will be in place; what regulations will we have to accept and, how open they make the UK?

So how do we make sense of all this forecasting and conflicting views on the same issues?

These are important lessons for all forecasting, pulling apart the basis of the forecast is key to understanding how we change and improve a forecast. In policy terms no forecast is meant to become reality, because generally we want to improve it. The lessons to be learned from forecasting the impact of the EU referendum are the key issues all forecasters are trying to establish scenarios on. These are the issues policy makers have to keep a tight rein on, these are the risks and issues that they need create a cohesive plan for and mitigate for should we exit and protect should we remain.

Forecasting done well is not about a number on a policy or strategy, it’s about the shared learning and understanding we all go through to get to that number, agree it’s right based on available understanding and evidence, and understand what we need to do to avoid or achieve it. It is also about logic and transparency in the assumptions used in the forecast. Everyone is agreed that in the short run the impact will be negative. The assumptions vary wildly on the mid to long run, and vary depending on the type of trade agreements we negotiate. The power of forecasting is as a decision making and risk mitigation tool; it can help us become more resilient and better able to deal with the emergent possibilities of the present and prepare for the future if used wisely.

Let’s hope after the 23 June the powers that be have listened and learned that lesson, whatever the decision.