Recently, I had the privilege of travelling to Montreal, to present a paper with my colleague Rebecca Riley and meet with key policy makers. The trip provided a fascinating comparison with the West Midlands, in particular in terms of the success of industrial clusters, approaches to promoting FDI, the use of innovation zones, and university engagement in economic development strategy.

The conference, organised by the Regional Studies Association, focused on the better understand the spatiality, costs and benefits of innovation. This fits closely with research undertaken at City-REDI. Therefore, Rebecca and I presented a joint paper bringing together research which we had worked on separately. Our paper considered how innovation assets, infrastructure, funding, institutions and governance interact at local/regional level. We presented in a session examining public sector innovation, which began with an excellent paper by Thomas Skuzinski from Virginia Tech University on the changing nature of local autonomy in US regions and how this offers opportunities for innovation.

My part of our paper analysed data from the report I published earlier this year examining the value of central government and research funding secured by institutions in different Local Enterprise Partnership[1] areas. I explained that my analysis of funding awards and interviews I conducted with senior decision makers in LEPs across England found that places that have more capacity win more funding. Capacity issues particularly affect rural and smaller LEPs. Staffing levels, networking capacity and a history of partnerships were suggested to be factors in why some areas have received higher grant awards than others. I emphasised how having one or more research-intensive universities is central to which areas received the highest value of Horizon 2020 and UK Research and Innovation funding. I stressed the crucial role that universities can play in relation to local economic development as ‘change agents’.

Rebecca then presented her research examining how people in ‘grey’ space roles (that bridge academia and policy making) within universities drive forward the role of universities in local economic development. Rebecca has triangulated her analysis through a database of observations of individuals in grey space roles and a pilot of in-depth questionnaires focussing on individual’s roles, their development and their objectives. She emphasised the importance of universities having employees with experiences in the ‘grey space’ in order to create the right innovation ecosystem. Rebecca pointed out challenges which people in these roles face including:

Following our paper, Peter O’Brien from Yorkshire Universities examined challenges promoting innovation in the current UK Higher Education environment, arguing that limited capacity and autonomy of sub-national institutions hampers regional innovation governance and institutional frameworks. Conrad Parke from the University Birmingham explored bottom-up innovation in a project aiming to unlock the skills and talents of migrants and refugees. The papers tied together really well and there was keen interest in how City-REDI is developing a hybrid academic/public policy/consultancy model where staff have a mix of skills, functions and competencies including in the grey space. We explained how City-REDI research and analysis is enshrined in developing a strategy for the UK West Midlands Region. 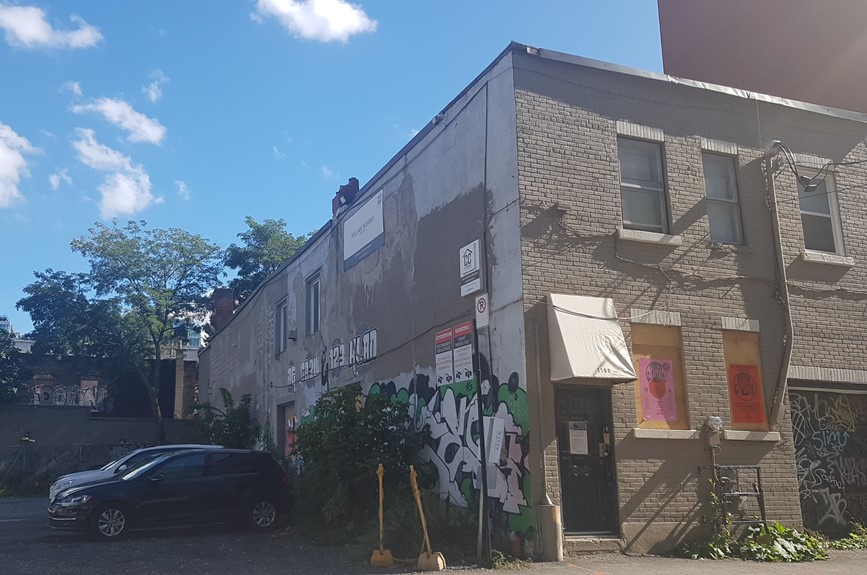 During the conference we met with the following organisations:

Montreal city has a population of just over 2 million. Greater Montreal has more than 4 million residents. The population of Birmingham is nearly 1.2 million, whilst the West Midlands Combined Authority area has a resident population of over 2.9 million.

We identified parallels and contrasts between Greater Montreal and the West Midlands. Both areas have similar constitutional structures and have recently experienced an economic renaissance. In the West Midlands, GVA is growing at the same rate as the UK national average and GVA per hour is increasing at a rate significantly above the national average. Greater Montreal experienced considerable job growth between 2001 and 2014 with the number of jobs rising by about 300,000 to 2.02 million. The economic base in both areas has deindustrialised over the last twenty years as the number of jobs in the knowledge and service sectors has increased. Professional services in particular have grown. Montreal was ranked the 24th largest financial centre in 2018 whilst the West Midlands is home to more than 43,000 business, professional and financial services companies who employ 321,000 people making it the most significant business hub outside of London. Both areas face common challenges including historically low skills levels.

Key differences between Greater Montreal and the West Midlands that we observed are:

The obvious economic parallels between the West Midlands and Greater Montreal offered valuable academic and policy insights. While links between the Higher Education sector and economic development in the West Midlands are already strong, Greater Montreal offers a valuable case-study into possible future economic strategy to develop innovation zones and attract greater levels of FDI.