Meet Dr Catherine Harris, Senior Research Fellow at City-REDI, and learn more about her role and responsibilities at the centre. 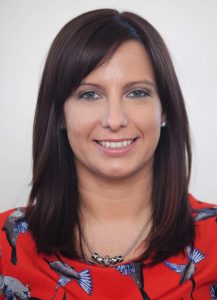 After graduating from the University of Oxford in 2005 with a MA (Hons) in Geography, I spent several happy years at the University of Birmingham. I studied for my Masters degree in Political Science, followed by a PhD in Economic Geography. Upon the award of my PhD I began a role as a Research Fellow at the University of Sheffield. At Sheffield I worked on projects funded by the European Research Council and the Arts and Humanities Research Council. I am pleased to return to Birmingham in my new role, as a Senior Research Fellow with the City Region Economic Development Institute (City REDI).

I was keen to take up this post with City REDI, as due to my background in geography, I have an interest in city regions and places. My PhD thesis in economic geography examined the trajectories of Polish migrant entrepreneurs starting their own businesses in the West Midlands region of the UK. The research was based on the results of forty-eight in-depth interviews with Polish entrepreneurs who migrated around EU enlargement in May 2004. It investigated the migration motivation, strategies and experiences of Polish entrepreneurs, and the impact of migrant entrepreneurship on local economies. My thesis was the first large-scale study of its kind. Through my PhD research and Research Fellow posts I have developed as an economic geographer interested in the social, economic and cultural aspects of firms and how people are at the centre of the processes involved. My key areas of interest include enterprise, ethnic entrepreneurship and EU labour migration. Methodologically, I specialize in qualitative and ethnographic research. As such, joining City REDI will enable me to use my knowledge and interest of the West Midlands region and the processes involved in its economic development.

I am responsible for the identification of projects that contribute to the goals of City REDI. I will use my experience of actively being involved in large research projects to write bids for research funding. Through such research I will disseminate findings through publication in academic journals. I will also attend conferences to build academic networks and to present research outputs. I am seeking to develop a network of businesses to support such research either through funding or the exchange of ideas. This will ensure that any research conducted will be aligned with the key issues facing city regions.

In my previous role at Sheffield I was responsible for producing policy briefings in order to disseminate academic findings to influence national and European policy, with a particular focus on engagement with the European Economic and Social Committee. This is something I will continue to focus on working with City REDI through fostering relationships with local and national policy makers.

Another of my interests and passions is public engagement. My research has been featured in both the print and broadcast media and I have appeared on several occasions as an expert contributor on the BBC News and local BBC radio. I have written a number of pieces for The Conversation, some of which have been featured in the national press. City REDI will provide the opportunity for further public engagement and I am keen to disseminate its goals and outcomes so that people are aware of its significance and relevance to the regions in which they live.

I am excited about the prospects that City REDI will offer for bringing research funding to the University and the publications that will follow from this. These will provide opportunities for engagement with the public and policy makers and they will raise the profile and reputation of City REDI and the University of Birmingham, both nationally and internationally.