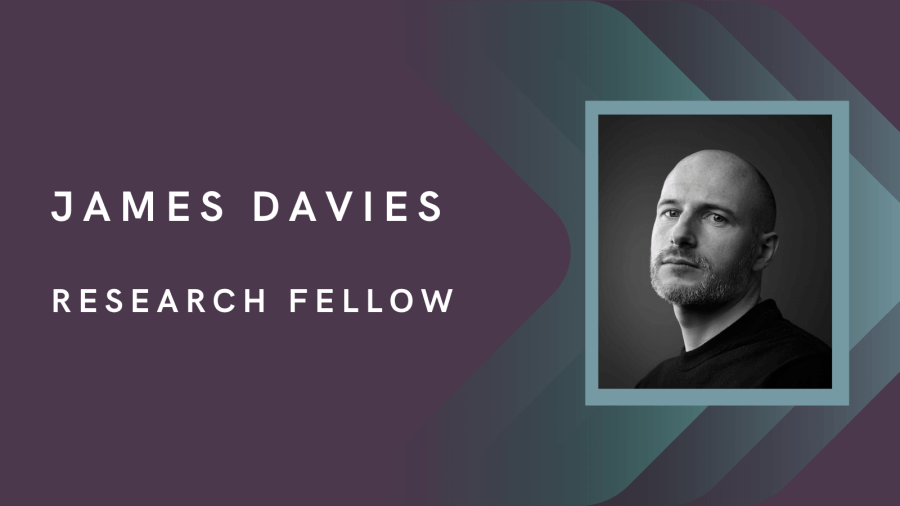 I sincerely doubt there is such a thing as an ‘ordinary’ route into research, but perhaps my own path is more than a little unusual. I arrived (back) at Cardiff University in 2016 having spent over a decade as a touring musician. Starting a band in my early 20s with my friends, everything worked out beyond our wildest imaginations. We toured the world (UK, Europe, Japan, Australia, USA) and it became our full-time job and main source of income for several years.  But it wasn’t sustainable. So, in 2016, with that chapter of my life complete, I embarked on developing myself as a researcher.

My previous career had provided me with two main attributes to bring with me to my research: a practitioner perspective and a passion to provide insight and assistance to the creative and cultural industries (CCIs). My work since then has been focused on the CCIS, as part of my MSc dissertation, I interviewed contributors to crowdfunding initiatives in the music industry, predominantly Kickstarter and Pledge Music, in order to understand the motivations for making often large donations of money to artists they are invested in. My findings somewhat contradicted the accepted logic, that crowdfunding initiatives are a viable business model for start-up bands and artists. You need to have a ‘crowd’, in order for the crowd to be able to fund you.

From there, my focus switched sectors, from music to television, but also the lens shifted from a consumer research perspective to that of organisational change. My PhD sought to explore the entryways to UK television, and the experiences of new freelancers negotiating those entryways. In short, my findings suggested that a prolonged period of organisational and industrial fragmentation within UK TV had placed an onus on informal recruitment decisions, and the abolition of traditional training infrastructures within the major broadcasters. In doing so, the criteria for recruitment had shifted, from prioritising skills and technical expertise, to possession of what was deemed the ‘right attitude.’ A process of socialisation was at work at the boundaries of television production crews, normalising and perpetuating a discourse of dedication, long working hours and a culture of self-sacrifice and ‘paying your dues’, which was in turn, contributing to the shaping of a workforce concerned with long-term job prospects, and job precarity, deskilling, self-sacrifice, stress, burnout and attrition.

I remain motivated by a desire to help make the CCIs as good a place to work as they promise to be. Often at the centre of economic policy and a core element of growth since the 1990s in the UK, CCIs need the correct guidance to continue to achieve their potential, to improve diversity and inclusivity across the board, to ensure that skills and knowledge transfer can be sustainable going forward. I sincerely hope that my work at City-REDI can contribute to these aims.