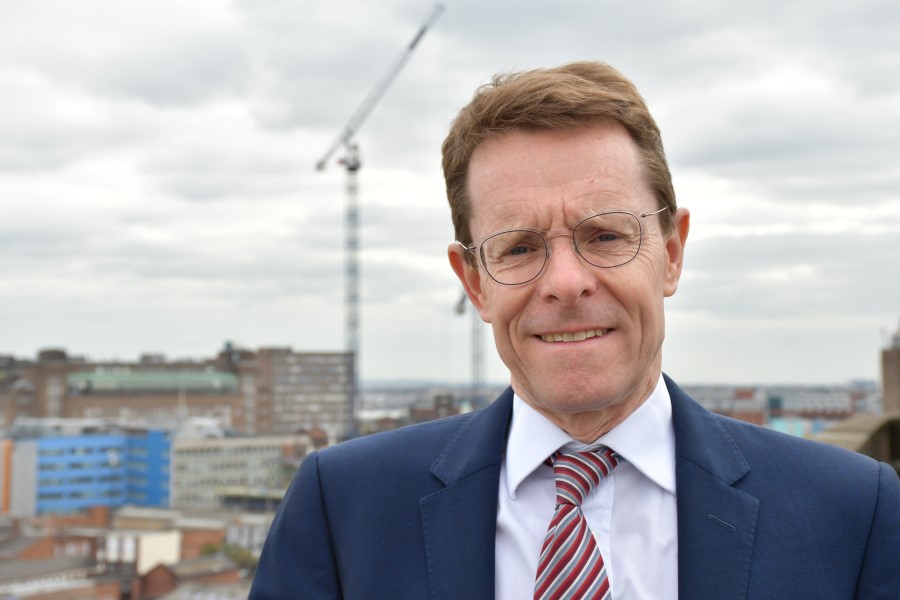 Welcome to REDI-Updates. REDI-Updates is a bi-annual publication which will get behind the data and translate it into understandable terms. WM REDI staff and guest contributors will discuss various topics, with this first publication focusing on how inclusive growth can be a tool to tackle regional imbalances across the UK. In this article, Ben Brittain talks to Andy Street, the West Midlands Mayor about inclusive growth and its importance to policymaking at the WMCA. This article was written before the beginning of COVID-19 pandemic, but inclusive growth can and will play a crucial role in rebuilding the West Midlands Economy.

Every proposal that comes to the Combined Authority board is assessed by the Inclusive Growth Unit, to make sure we genuinely are thinking about the implications of our decisions on all communities.

If you look at how the lion’s share of the money which is now being spent – whether that’s on improving housing or extending the transport network – you can see that the Unit’s assessments are helping to ensure we reach out to help the communities that are furthest from the success of the region.

You can see the influence of this approach in all kinds of areas. A good example would be how we are placing a real emphasis on raising skill levels with quantifiable success, another would be how we are concentrating some of our employment support work in the region’s least advantaged areas.

A visible consequence of economic inequality is homelessness, which is a growing problem in the West Midlands. You have been a vocal champion of the Housing First as a viable policy-solution. What has the initial £9.6m pilot project achieved and is there scope for full implementation?

Homelessness is a critical and complex issue that requires a collaborative approach to solve. I am pleased that in the West Midlands not only have we adopted that approach through Housing First but that we are also seeing some success off the back of it.

For example, Walsall Council’s determination to make the most of Housing First deserves huge praise. Across the region, at the turn of the year, Housing First had helped 138 rough sleepers into accommodation, and I’m optimistic that this success will be further reflected in significantly lower numbers of rough sleepers on the streets when new figures are revealed soon.

Measuring the success of Housing First is incredibly important, as what we are doing here is a pilot scheme for the country. We believe it has worked and will be pressing the Government to extend funding to secure long-term certainty going forward. This is something that has delivered demonstrable results, which could help rough sleepers across the UK.

You mentioned the need to fix the UK’s housing supply. To achieve that aim, is building on the green-belt an inherent trade-off in order to realise inclusive growth, or can supply be increased through a brownfield-first policy?

There are genuine concerns over development on the green belt in communities across the region, and I believe that in the past planners have taken the ‘easy option’ when giving the go-ahead to building on open spaces. What we have pursued with considerable success in the West Midlands is a policy switch that targets brownfield sites first and provides the funding and technology to reclaim old industrial sites for redevelopment.

So, long-standing eyesores are being reborn as new housing developments, boosting the economy, creating footfall for high streets and protecting the greenbelt too. The biggest site, at Friar Park in Wednesbury, an old sewage works the size of more than 32 football pitches, will see 750 new homes built. Latest figures show 186 acres of once-derelict land has been brought back into use thanks to a series of loans and grants.

This innovative approach is also helping the region deliver much-needed new homes at an impressive rate.

The figures show that in 2019 we built 16900 homes – that’s up 15% in one year, and over a third in 2 years, far ahead of the national average. More than £82m in loans has been made available from the Collective Investment Fund (CIF) to help property developers build much-needed commercial, light industrial and regeneration schemes too. Once the schemes are completed and a new occupier is confirmed the funding is repaid to the WMCA. A further £39m in grants has been issued through the Brownfield Land & Property Development Fund, which has unlocked more than 112 acres of brownfield land.

So, we have in place the funding and expertise to ensure that we always look to brownfield first when building new homes, and the evidence shows that as a policy it works.

An important part of any inclusive growth strategy is the need to invest in infrastructure, including both skills and transport. What infrastructure and other projects in the West Midlands have been approved that will most help benefit local communities and power growth?

In terms of infrastructure, connectivity through transport is a great example of how investment can improve communities’ access to opportunity and drive economic growth. We are seeing ambitious plans to reopen railway stations across the conurbation which will ease congestion and help people access jobs better, for example.

But the extension of the Metro into Dudley town centre is probably the best example of how this approach will improve the lives of residents. Dudley has been disconnected and shut off from the region’s main transport network, leading to a lack of opportunities for local people because they have been isolated by ineffective infrastructure. The Metro finally connects them properly with everywhere else. We have been talking about doing something like this for 25 years and I’m proud that it has been achieved through the WMCA and the Mayor’s office.

Looking at skills, back in 2007, 20% of young people in the West Midlands left school with no qualifications, a figure that has been brought down to 11%. This has been achieved through retraining in areas like digital and construction, and in the huge growth in modern apprenticeships.

What we have uniquely in the West Midlands is the Apprenticeship Transfer Scheme, which allows us to spend the unused apprenticeship levy paid by big firms more sensibly. This means that if you are a big company that is paying the levy but not using all of the money, rather than being left in a pot in London that money comes back to us, and we then use it to help smaller firms take on apprentices. The unspent levy from just two firms – HSBC and Lloyds – is paying for 800 apprentices at small firms.

The region is set to experience both the Birmingham Commonwealth Games and the Coventry City of Culture. In what way will these flagship events help realise the values of the Combined Authority’s inclusive growth strategy?

Both of these events offer once-in-a-lifetime opportunities to drive investment and growth into the region. The Games will be the second biggest sporting event ever held in the UK, surpassed only by the London Olympics, and the Government is providing 75% of the £778million costs, with Birmingham and regional partners contributing the rest. With such significant public funding, we are focused on creating a lasting legacy, with new and revamped venues taking shape, new transport links, and valuable business ties. However, we have been equally determined to garner immediate benefits – from new railway stations to skills hubs.

In Coventry, the City of Culture preparations are driving huge improvements too. First of all, the station is getting a major revamp to the tune of £39M, as it will provide the initial gateway for visitors. We are also investing in lots of infrastructure in the city centre in terms of lighting, signage, art and paving to improve the public realm not only for visitors next year but for generations to come. An investment of £31M was approved by the WMCA last summer, money which is already being spent to get Coventry ready.

But with both events, the real target is a renewed sense of civic pride in citizens of the West Midlands, whether through their participation as volunteers, spectators, local hosts, cultural contributors or even athletes.

How has your background in business, as CEO of John Lewis, influenced your approach to being the West Midlands’ first elected Mayor?

There are more similarities than may appear between being CEO of a customer-facing business and a regional Mayor.

First of all, you are a frontman. In business you champion the brand and your employees, in politics, you champion your region and its people. Then, there is setting and sticking to a competitive strategy, which is as important in regional leadership as it is in commerce. I firmly believe the West Midlands must know its strengths and play to them if it is to compete on the world stage with the likes of Boston, Barcelona and Beijing.

Finally, a Mayor has to build a team, create plans, set goals and ensure there is accountability for delivery, just as a Managing Director would.

Crucially, in business, you employ robust analysis of a problem or opportunity, and then set in place a resourced plan to address the matter at hand. In the same way, I try to always be clear about what I want to achieve for the people of the West Midlands, and how we can achieve the goals we have identified. It’s about arriving at solutions through rigorous analytical processes, rather than politically-driven thinking.