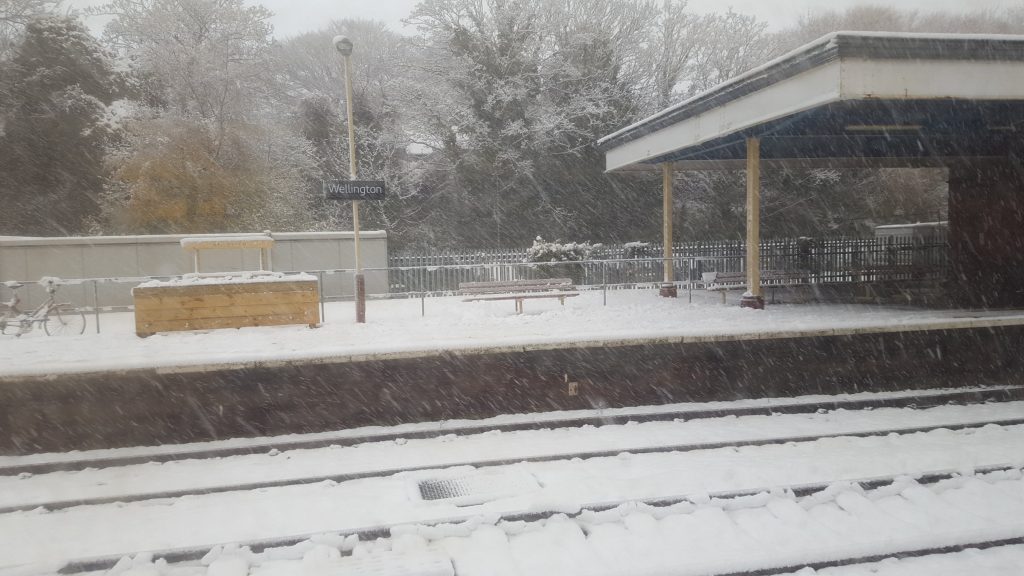 Snow, snow, glorious snow. The UK is currently experiencing the impacts of the ‘beast from the east’ as cold air from Russia and eastern Europe creates the conditions that produce, in many parts of the UK, transport chaos. This type of periodic weather disruption to infrastructure is a reminder of how reliant we are on the functioning of an effective and resilient infrastructure network. Everyday living and all economic activity are facilitated by local and national infrastructure. Supply chains require national infrastructure for the movement of goods, raw materials, people, information and knowledge. Local infrastructure provides the links between home or business premises and local facilities as well as linking the local with the national and the international. There is a direct relationship between economic growth, local employment and infrastructure investment. On the one hand, localities that are extremely well-connected will have higher land values that will reflect the degree of connectivity, but also the strength of local economic activity. On the other hand, places with under-developed infrastructure and limited connectivity will have lower land values and weaker local economies. These are two extremes.

Yesterday, in London, the EPSRC/ESRC funded iBUILD Infrastructure Research Centre published a report entitled ‘Closing the Gap: Local Infrastructure Business Models to support Inclusive Growth’ (iBUILD 2018). This is an important document that identifies a set of priority actions for the development of new or alternative local infrastructure business models. This is a hot topic in the policy world of combined authorities including the West Midlands Combined Authority (WMCA). This report develops five priory action areas and is partly in response to the National Infrastructure Plan that was published by HM Treasury in 2010. This was an unusual document to come from the Treasury as it was noted that the UK currently plans, builds and manages its infrastructure in a “timid, uncoordinated, incremental, wasteful”, manner. This statement was arguably an understatement. One only must perhaps consider how long it took to transform Birmingham New Street Station into Grand Central. The five core priority action areas go some way to providing an alternative, less timid and more coordinated approach to the development and management of local infrastructure to support everyday living. The recommendations are perhaps common sense, but it is important to remember that there has been very little ‘common sense’ regarding infrastructure delivery and management in the UK. The process is too politicized.

Each action area comes with a set of recommendations. There are many important issues here including local decision-making to reflect the specificities of a local context combined with an emphasis on an integrated or systematic approach to infrastructure development, investment and management. This more integrated approach should include novel ways of capturing the value created by public sector infrastructure investments including a focus on various forms of land value uplift capture tools.

The key issue is how to pay for local infrastructure. The answer to this question is perhaps simple. In some cases, the taxpayer pays via direct and indirect taxation. In other cases, the user pays access charges. But, some forms of public sector infrastructure investment have a measurable impact on land and property values. At the moment, this type of positive externality that comes from infrastructure investment is captured by the government via indirect taxation – property taxes. A key question to consider is the introduction of some form of direct taxation to recover the cost of public sector infrastructure investment. Thus, the value of a property might increase by £50,000 as a direct consequence of public sector investment that enhances the relative connectivity of the property. Some of this uplift could be captured, but the problem is the identification of this uplift and deciding how and when any such uplift should be taxed? This is a difficult question and it is one that requires a combination of innovations in land valuation techniques combined with a political debate. The danger is that this type of approach will be ignored as too politically controversial. In any case, perhaps the continued application of indirect taxation, combined with capital gains taxes, is the most appropriate mechanism for capturing these positive externality impacts. All this suggests that the UK needs to develop a debate regarding the funding and financing of infrastructure of all types with a focus on who should pay and who is gaining and in what way?

This blog was written by Professor John Bryson, City-REDI, Professor of Enterprise and Economic Geography, University of Birmingham