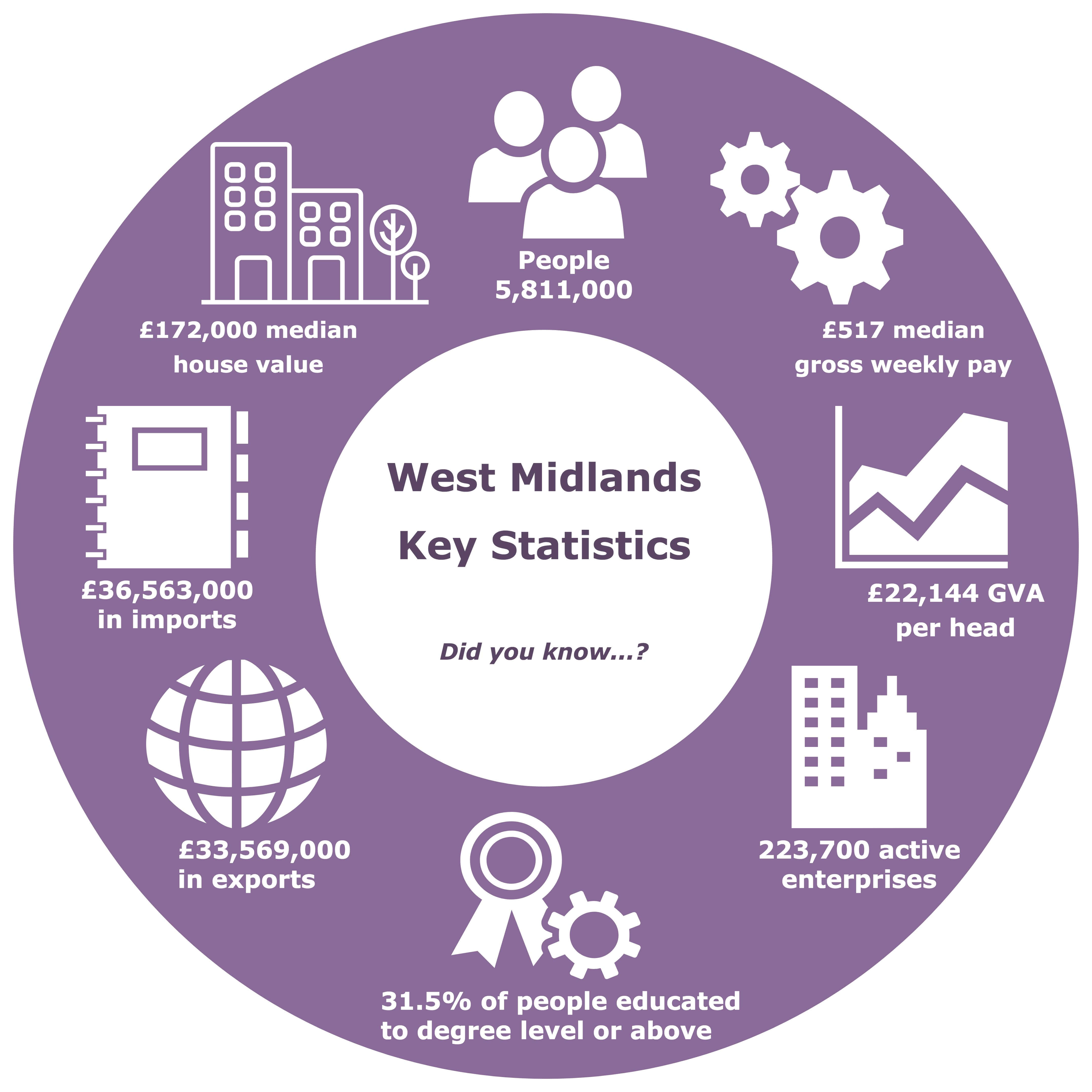 City-REDI have compiled a snapshot of key data for the West Midlands. Drawing on the success of the 2017 databook, the 2018-2019 edition provides up-to-date labour market profiles for the West Midlands Region, West Midlands Combined Authority, three Local Enterprise Partnerships (LEPs) and over 30 Local Authorities. Together, the booklet provides easy to access data on the region’s productivity, population, employment, skills, and housing.

This is a brief commentary on some of the insights that can be gained from the West Midlands Databook:

Things are looking up from last year

The updated figures identify some positive improvements for the West Midlands region. Gross value added (GVA) per head, a measure of the value of goods and services produced, is up from £20,826 per head to £22,144.

A slight fall in unemployment rates

How does the West Midlands Combined Authority measure up?

While things are looking up for the WMCA, certain challenges remain:

The house prices are on the rise

Skills and education remain an area of concern

The skills deficit remains an ongoing problem. The West Midlands Combined Authority scores lowest among its competitor regions for those of working age (16-64) with qualifications at NVQ level 4 and above. In 2017 these plateaued at 29.6% of working age residents possessing NVQ level 4 and above, in contrast to 51.9% for the London Combined Authority.

Overall, the stats support City-REDI’s analysis that the labour market in the West Midlands is improving, but it is essential that the momentum continues when pushing for inclusive pathways to economic growth. See our Birmingham Economic Review 2018 for an overview of the strengths and weaknesses of the Birmingham economy.

This blog identifies a snapshot of the data provided in the pocketsize databook for the West Midlands.

To receive a free copy of the West Midlands Databook please click here.

This blog was written by Laura Reynolds, Data and Policy Analyst, City-REDI, University of Birmingham.