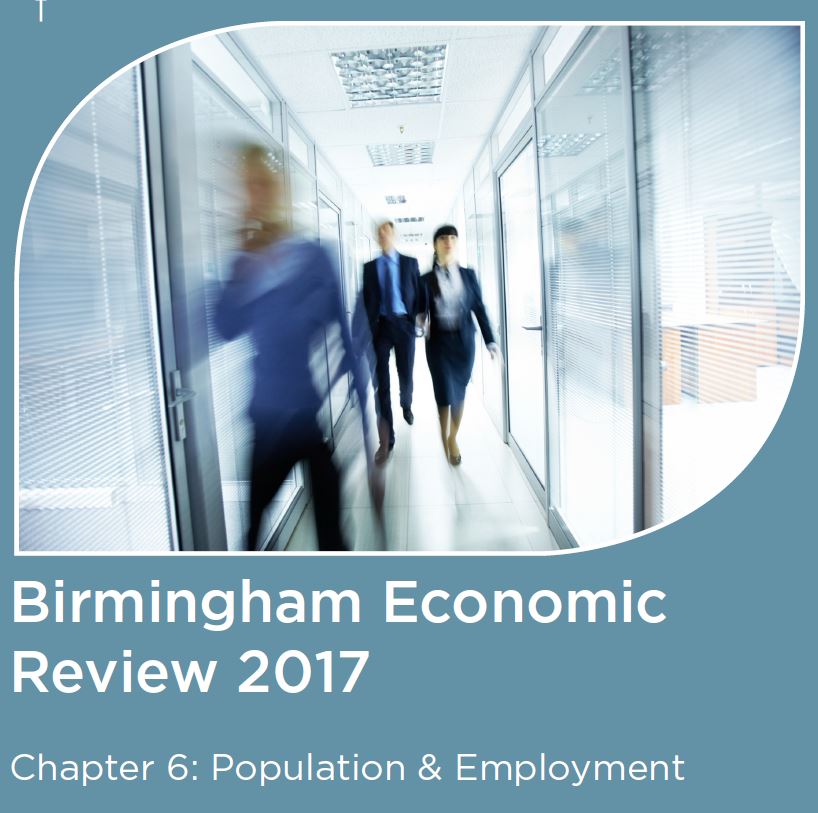 This is a commentary on Chapter 6 of the Review, Population and Employment:

Looking at Birmingham’s demographics provides an example of how the city’s challenges and opportunities are often interlinked. Birmingham is the youngest major city in Europe, with under 25’s accounting for nearly 40% of its population. Such a large population of Under 25’s in the city is incredibly exciting because these young people will become the workforce of tomorrow and represent a great amount of potential. However, we need to understand this aspect of the city in relation to the current issues it has with skills and unemployment. A young population is only an asset if they are equipped with the skills and opportunities they need to succeed as they enter the local workforce. In practice, this means closing the gap between business and education to help develop a sound skills base, becoming more attractive to graduates so that we retain talent in the city, and working together to address unemployment and skills gaps across Birmingham.

There is also a gap in terms of the proportion of 30 to 44-year olds living in the city. Going forward this needs to be addressed again through greater retention of university graduates and encouraging inward migration, but this can only be tackled at the same time as understanding the issues with skills and unemployment in the city. The relocation of large firms to the city, such as HSBC, may go some way to addressing this.

Another area of concern is economic activity, with 69.7% of those aged 16-64 in Birmingham being economically active. Whilst this figure is increasing, it remains below the figure for Great Britain and below many comparable areas. Self-employment is also behind national levels at 7.4% and 10.6% respectively. This may be a symptom of the low levels of 30 to 44-year olds living in the city, which is an age group often more likely to be entrepreneurial.

Whilst the figure is reducing, Birmingham has the highest proportion of economically inactive residents of all the core cities. However, over a third of these are students and make a significant positive contribution to the city.

Overall, despite the challenges outlined, the city has made good progress in many of these areas, including strong performance on youth unemployment. However, there is more that can be done particularly in terms of graduate retention, encouraging inward migration and equipping the younger population with the skills they need to succeed.