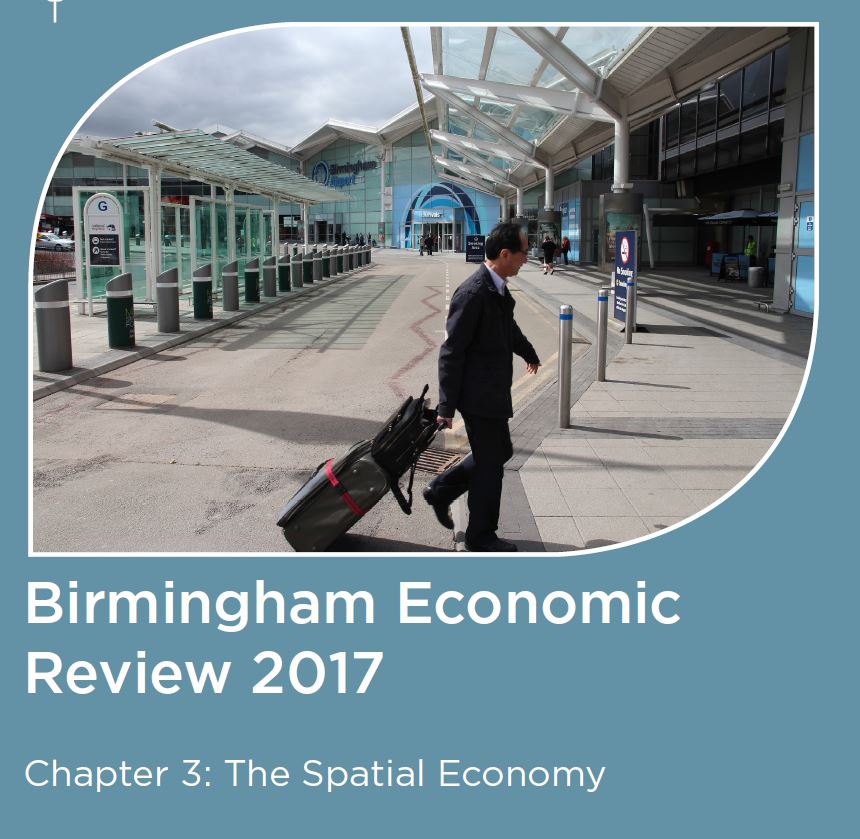 This is a commentary on Chapter 3 of the Review, the Spatial Economy:

Birmingham’s transport network has a critical impact on the economic performance of the city and the wider city region.  The future looks bright in this regard with several Midland Metro extension projects in varying states of progress, alongside the coming of High Speed 2 opening in 2026.

However recent months have illustrated the cost of maintaining infrastructure with major works on the trunk road network this summer giving us a foretaste of what is to come in future years – both in maintaining and enhancing our key roads and motorways, as well as the construction impacts of major new transport schemes.

An ongoing programme of major public transport enhancements is critical to the regional economy.  Our road network simply cannot accommodate current demand and growth must be absorbed by increased public transport capacity.  To do this, we will need to see more trains, trams and buses providing additional capacity to meet the demand for travel around the West Midlands.

However, beyond capacity and connectivity, two other critical metrics are affordability and reliability.  These latter two have a huge impact on the choices of commuters and travellers and both are currently supporting unsustainable options.  Public transport fares continue to rise and journey times around the conurbation, especially at peak times, are unsatisfactory.  Neither of these is likely to improve in the medium term as works to improve network capacity and connectivity (High Speed 2 and Midland Metro being prominent examples) kick off.

Congestion across the West Midlands is also a significant issue for our economic performance – which is even more concentrated due to our position at the centre of national rail and road networks.  Our productivity suffers along with our attractiveness as a place to invest if our beneficial location is outweighed by an inability to access a wide pool of labour along with the facilities and opportunities that make our city such a great place.

There is an ambition to use technological advances to mitigate these issues – for example, with the smart motorways programme introducing hard shoulder running and dynamic speed limits to squeeze more capacity out of our road network.  In addition, emerging intelligent mobility solutions such as Mobility as a Service have real potential to improve the travelling options and experience for travellers.  Technology alone is not the panacea some might suggest but it must be deployed where benefits can be quickly and effectively realised, complementing longer-term strategic planning and investment.

To finish on a positive note, Birmingham has significant potential to become a leading rail city on a global scale.  We have significant existing skills capabilities and real potential to rapidly develop further with the opening of the National College for High-Speed Rail complementing our Higher and Further Education rail skills offerings at the University of Birmingham, BCU, Aston and Birmingham Metropolitan College.  With HS2 Ltd now located in Birmingham along with a large number of rail businesses, transport in general and rail, in particular, could be a major growth opportunity for our city and the wider region.

This commentary was written by Alex Burrows, a Marketing & Strategy Director at Alstom UK & Ireland. Alex is also undertaking a part-time PhD with the Birmingham Centre for Railway Research and Education.