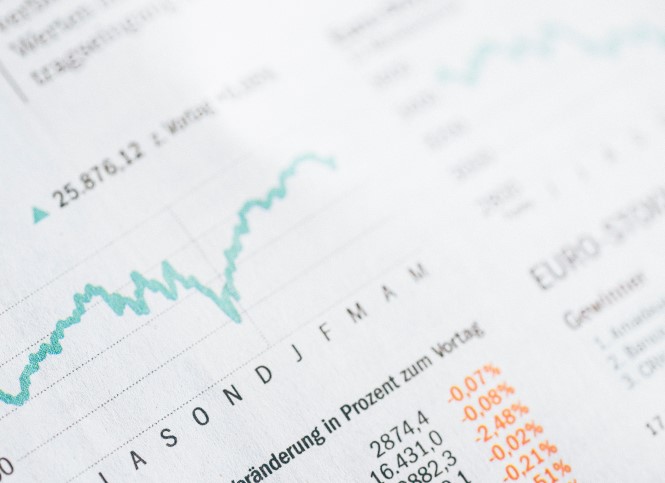 Ben Brittain analyses the available data to discuss whether the Bank of England is right in predicting that the UK economy is heading for a V-shaped recovery.

The Bank of England has suggested the UK economy is heading for a V-shaped recovery. It has used a variety of indicators to come to its conclusion. They use the same indicators they used to track collapse in activity in the first quarter of the economy, to forecast the second quarter.

The pandemic has adversely affected specific components of spending, mostly social, work-related and delayable spending. Data suggest the fastest recovery has been in delayable expenditure such as DIY and household goods.

There has also been a substantial up-tick in the car and housing markets, however this comes from stagnant and near-historic low levels. There are also indications that aspects of consumer confidence have surged too, in particular consumers’ appetite for major purchases.

Data on retail sales have confirmed this recovery in spending, rising 12% in May – albeit leaving spending 13% below its pre-Covid level. In part this may reflect the partial opening-up of a larger number of shops. The important thing to note here is that online sales has risen from around a fifth of total sales prior to the Covid crisis to around a third now.

Generally, and when taken together, these indicators suggest that the UK is undergoing a recovery ‘somewhat sooner, and has been materially faster’ than initially envisaged by the BoE. PMI data appears to conflict with this 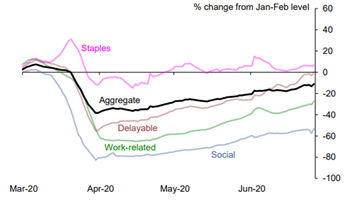 analysis and suggests that in May and June the UK economy still underwent significant contraction.

June’s Markit Purchasing Managers Indices (PMIs) show a marked improvement in outlook, returning to near pre-lookdown levels, below February levels but near-February.  Registering at below 50 indicates the economy has contracted and comparing on a month-on-month basis suggests the UK economy contracted in June, but not by as much as it did in the previous months. Other indicators appear to be contradicting this. As an example, and as mentioned, in May PMI registered at 30, even though retail sales jumped by 12%. An economy that is in severe recession does not experience a rise in retail sales.

Instead of looking at month-on-month trends, it might be preferable to take a longer-term view of the trends. The data indicates the UK economy is undergoing a recovery, but responders to the PMI survey may be thinking of recent trends over a prolonged period – potentially several months. The below-50 readings in May and June may align with economic activity in March and April, whereas increased activity may have started in May / June enabling the recovery in those months.

Crucially, even if we interpret the PMI an indicator of where economic activity is compared to normal (pre-lockdown) levels the current trend and trajectory suggests a bullish and sharp recovery likely to outpace the Eurozone economies.

Recovery in in the West Midlands City Region

Nationally, there appears to be a strong suggestion that the UK economy is heading for A V-shaped recovery, but what about the West Midlands?

The overall trend for the West Midlands is of substantial contraction for a prolonged period. Cambridge Economics created a Local Economy Forecasting Model (LEFM), to produce estimates of the director sector 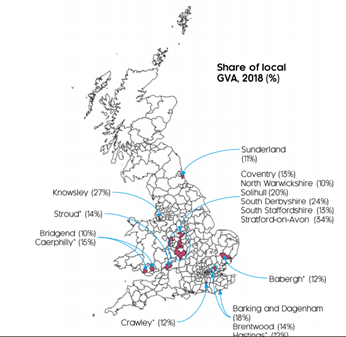 employment and GVA impacts, with local variables, such as business demography, and occupations of the workforce.

Their modelling concludes that several areas of the West Midlands are likely to be more exposed, as a consequence of the strength of its automotive manufacturing sector. The share of local GVA in Coventry linked to automotive industry is 13% and in Warwickshire 10%. Any hit to that is likely to have substantial rippling effects on the supply chain, connected sectors and the wider workforce.

The Bank of England’s Agent’s summary of conditions for 2020 Q2 report that output continues to be significantly weaker than a year ago, however there has been a modest improvement as more companies reopen production lines, including Jaguar Land Rover. However, even though a number of manufacturing companies are resuming production, many are doing so under social distancing measures, with a significant proportion of the workforce remaining on furlough or reduced hours. The flexi-furlough scheme is expected to give firms the flexibility for a phased return of the workforce.

Social distancing and weak demand, both domestic and international, are expected to constrain output in manufacturing for several months. This is likely to be a particular challenge for a manufacturing dominant region like the West Midlands. According to the Bank of England, the most common central expectation among companies was that output would still be around a fifth below normal levels by the end of the year.

KPMG has forecast that the consequence of the pandemic will cause the West Midlands region to contract by 9.1% in 2020.  The UK is expected to contract by 7.2%. The quarterly Economic Outlook forecast highlights that GVA will rise by 4.3% next year.

KPMG’s main assumption is that a vaccine will be available from July 2021, meaning all social-distancing measures that damage consumer confidence and output will have ended. In this scenario, lockdown measures are phased out in the summer, with activities resuming more fully in the second half of 2020.

If neither of these assumptions materialise then there will be a sustained and prolonged contraction, a further loss of confidence and subdued demand, meaning the region will face a robust and residual structural change to the region’s economy.  Prolonged social distancing and reduced demand could provide companies, such as Jaguar Land Rover, with an existential challenge, its loss resulting in mass damage to the supply-chain and the labour market. The structural facets of the regional economic would therefore forever be changed. It would no longer be a manufacturing-heavy economy, least of all an automotive-heavy economy.

Oxford Economics echoes the findings by KPMG that West Midlands GVA and employment is likely to fall by more than the UK average in 2020. However, it is likely that this will be followed by a slightly faster than average recovery in 2021.

They forecast that regional employment in 2021 is likely to be lower than it was pre-virus, at 2.89m next year compared with 2.95m in 2019. The analysis takes in to consideration the relationship between differences in sectoral performance and regional variations in sectoral structures, given 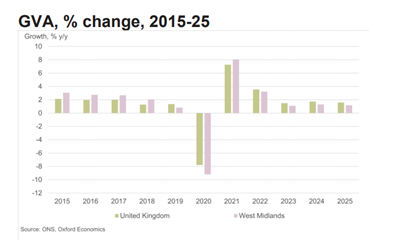 that they are often are significant drivers of differences in regional economic performance.

Whereas, London and the South East is likely to be least hit, due to its strong service sector, the West Midlands may experience the largest GVA decline of any region, at over 9%.

Other impacts of Covid to the West Midlands

Areas in the northern parts of England are more vulnerable than average along health and family dimension, with a cluster in the West Midlands.

Again, the West Midland’s local economy is more weighted towards manufacturing, such as automotive and vehicle manufacturing. Whilst defining vulnerability is difficult, the authors list those local authorities like – Torbay, the Isle of Wight, Blackpool, Northumberland, in the top 20% most vulnerable on each index, such as the age of their populations, economic reliance on tourism and hospitality, and the town or cities’ prevalence of local socio-economic deprivation. On these measures, Birmingham and surrounding clusters are vulnerable to the social and health costs of the economic crisis.

The non-medical intervention of lockdown may have reduced consumer demand, but this has had the unintended consequence of encouraging people to spend disposable income in their more immediate economies. Analysis by Deloitte has shown that a majority of consumers in the West Midlands (55%) have used more local stores and services to help support them during lockdown.

What is encouraging for local retailers is that 58% of West Midlands’ consumers also said they will be more likely to spend money at a business that offers locally produced products once the lockdown has lifted. An active campaign to ‘buy local and shop independent’ would ensure this intention materialises in to action that supports small businesses, which have been substantially impacted by the crisis.

It is likely that the economic pain for the West Midlands is going to be substantial and deep, but how protracted that is depends on the pace of the wider national economic recovery. An up-tick in global and domestic demand for the goods that are manufactured in the region will be crucial. As such, the data that suggests a substantial up-tick in the car market bodes well for the region’s recovery. Nevertheless, the economic hit, however short lived has been so profound, that it is going to take a significant period to recover lost growth and return to pre-pandemic employment levels.

To V or not V? Perhaps not for the West Midlands.