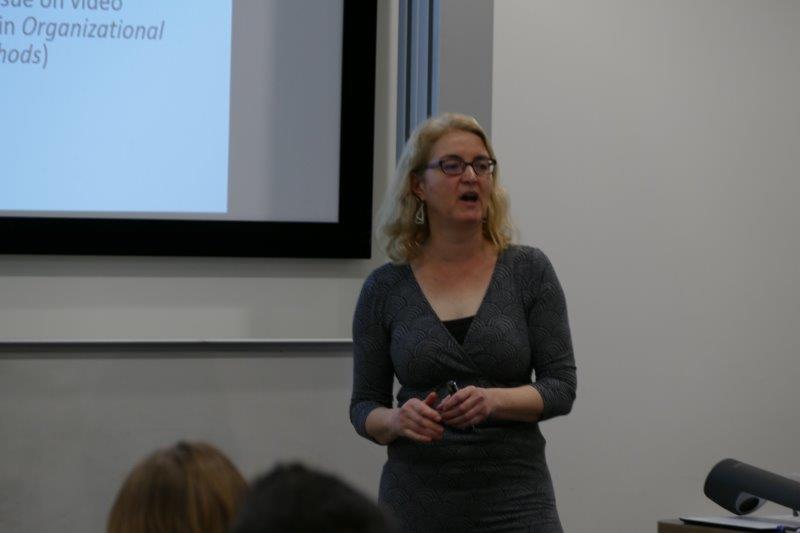 The keynote speech delivered by Professor Gillian Symon’s (Royal Holloway University of London) was undoubtedly the highlight, in which she shared her thoughts and experiences of visual research and its emergence as a form of qualitative work, with a particular focus on the challenges of visual methodologies. This rising popularity of such work in turn presents challenges for the ways in which research is traditionally disseminated and published, as the traditional journal format may not enable a researcher to convey the same messages as a video may, which is resulting in new platforms such as the Academy of Management Discoveries, in order to address such concerns.

In turn, the session also touched upon the lack of “posh journals” accepting qualitative research papers, which can be down to the tendency for such research to be judged by quantitative standards in terms of rigour and validity.  Rather, qualitative research does not necessarily seek to be replicable and generalizable and as such there are alternative frameworks, such as those proposed by Guba and Lincoln and Johnson et al., which are designed to guide the qualitative researcher to ensure the quality and reliability of their work.