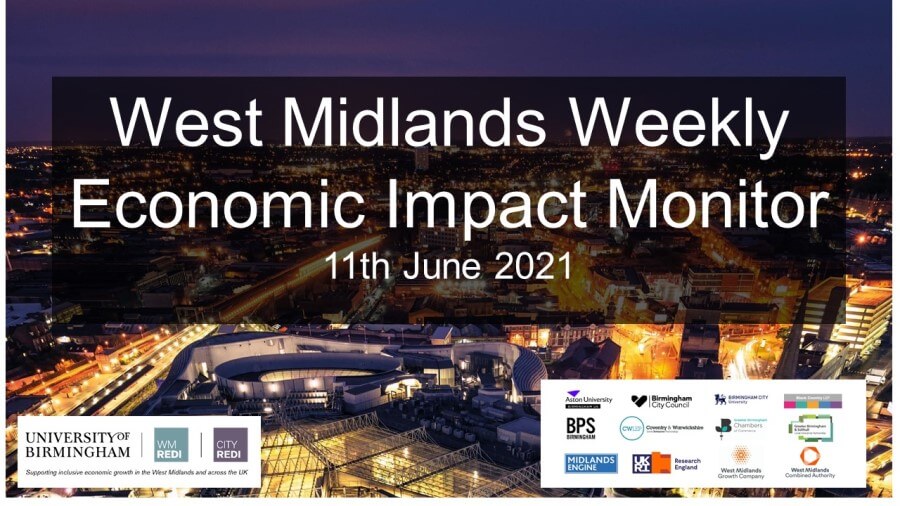 This week’s monitor looks at the delayed GVA statistics for 2019, where the region’s growth was lower than expected. Many indicators and surveys are pointing to an emerging recovery, but it is highly dependent on the opening up of the cities and high streets. Published research is turning to the opening up of cities and the risks posed. In future monitors work WMREDI is doing on this topic will be published.