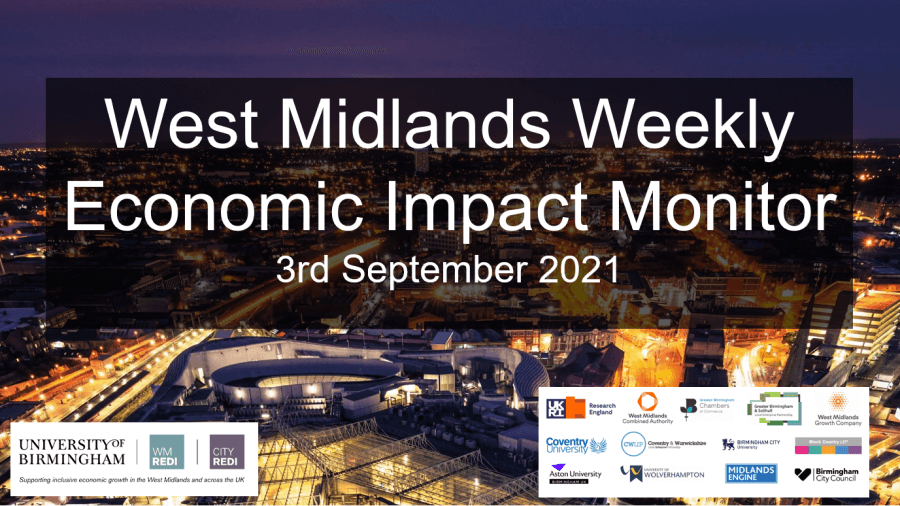 Global news has been dominated by the departure of allied forces from Afghanistan. Nationally, the number of daily new Covid-19 cases per million people confirmed in the UK remains easily the highest out of the selected European countries and is at a level slightly above that recorded for the USA. Economically disruption to supply chains continues, with factory activity now shrinking in Southeast Asia and a shortage of parts impacting on manufacturing in Europe. This week we highlight reports on prospects for developing the space sector in the West Midlands by leveraging latent competitive advantages in related areas of advanced manufacturing and also report on funding for the advanced ceramics sector in the Midlands (on the back of Strength in Places Funding success). We also look forward over the medium- and longer-term at the future of work and training and at adapting to future mobilities.

Looking ahead in the medium-/longer-term – work and training, and adapting to future mobilities