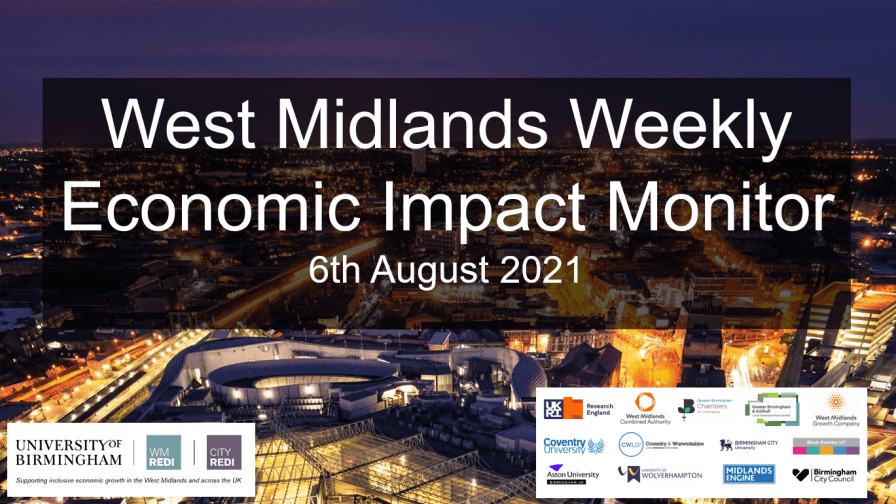 This week three major intelligence products for partners have been launched. These are: (1) the Cultural Infrastructure Map – cultural facilities are the cornerstone of our arts and cultural ecology, which will help support the arts and cultural sector. (2) The WMREDI partnership launched the State of the Region 2021 and the reports can be accessed here. (3) The partnership also launched the West Midlands Data Lab site which presents all the data and reports which underpin the State of the Region. These resources continue to grow the capacity and infrastructure for developing evidence to underpin recovery.