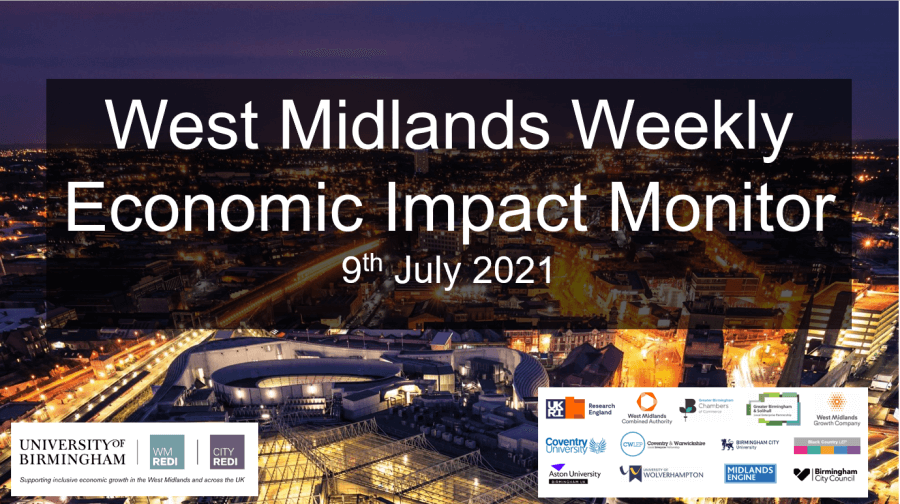 This week the UK has seen a resurgence in infection rates, and the daily new cases confirmed in the UK are now the highest out of the selected European countries. This comes as vaccination rates per day in the UK fall and social distancing rules are relaxed, including the re-opening of pubs; which are seeing increasing numbers of visitors. The latest announcements are that we can expect restrictions to be lifted on the 19th with a definite announcement next week. The region’s strong business perceptions continue to grow.