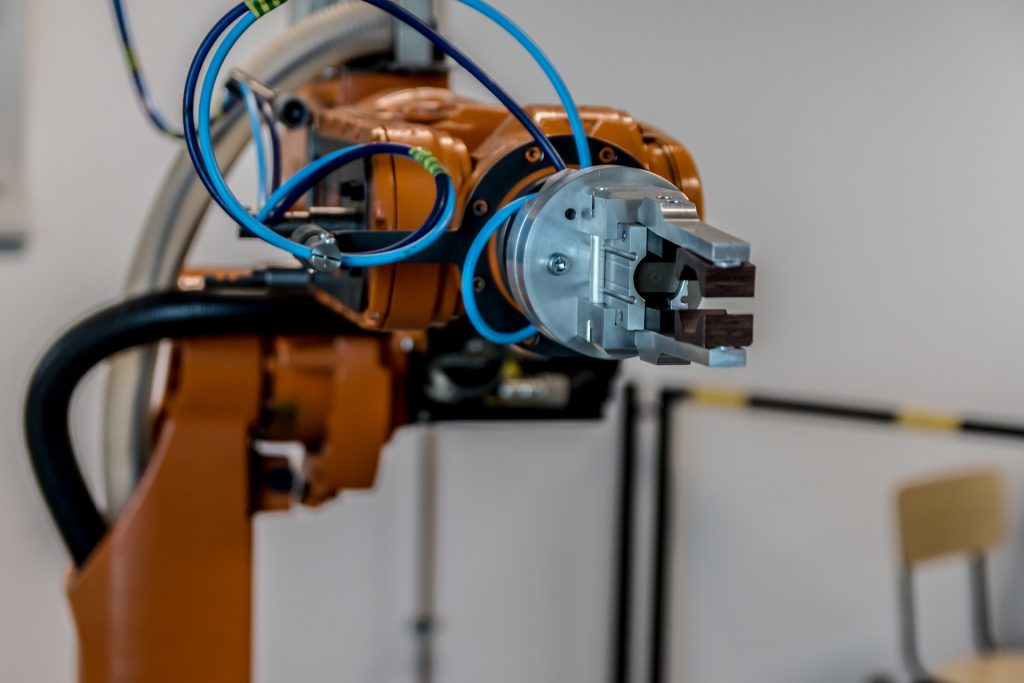 The 20th century was one of great technological innovation, but the 21st century will be perhaps even more transformational. It is possible to explore the impacts of former technological changes on today’s labour market. Between 1980 and 2012 per capita world output increased, on average, by 1.7% corresponding to a cumulative growth of just over 60%. This represented a major transformation in lifestyles, consumer behaviour, in technology, production processes, in labour markets, the spatial division of labour and the geographic organisation of production. A relatively modest annual growth rate over a thirty-year period involved transformational technological changes including the Internet, mobile computing, smartphones, healthcare, transport and creative and digital services. It led to the emergence of a new form of crime – cybercrime – and also employment in cyber security or cyber policing. According to Piketty:

The implication of this analysis is that a per capita growth rate of between 1 and 1.8% led to rapid transformational or revolutionary changes in lifestyles, economic processes and in labour markets. There is no reason to assume that this type of transformation will not continue to occur over the next thirty years. Perhaps between 25% to 30% of all jobs will be destroyed as they are substituted by various forms of artificial intelligence (AI) or robotics and autonomous systems (RAS); from robots that are designed to look like humans to small black boxes that run complex computer science algorithms.

RAS are combinations of physical and software systems that can perceive their environments, reason, adapt and control their actions. Developments in RAS are making it possible to automate tasks that previously could only be undertaken by people (Bryson, 2018). There is much media discussion about RAS and its impacts on work, but very few studies have assessed the potential impacts RAS will have on labour markets. The difficulty is that there is no rigorous and robust technique for forecasting such impacts. RAS is just another stage in the application of machines to labour that will increase productivity, destroy some forms of employment, but create new forms of work. It might be that RAS increases unemployment, by creating jobs with high barriers to entry based around capabilities in computer programming and mathematics or highly developed social skills. At the moment, any assessment of the impacts of RAS on city-regions is based on speculation and prediction.

Jobs will disappear as people are displaced from the labour market and replaced with AI/RAS, but other jobs will be created. These alterations will play an important role in the on-going evolution of city-region regeneration economies. Many of these AI/RAS systems will completely revolutionise the interrelationships between people, engineered structures and technology and place. The capture of streams of Big Data will be part of this process and will continue to disrupt the relationship between people, firms, the public sector and place. But, at the moment, the live streams of Big Data that are currently available to companies are just a trickle compared to those that have started to arise from developments in the application of the Internet of Things (IoT) to household technology. The IoT, or the incorporation into the Internet of computing devices that are embedded in everyday objects, enabling them to send and receive data has the potential to transform the relationship between consumers and producers through the provision of a continual exchange of information. For some, particularly businesses, this  is already providing a better analysis and understanding of consumers’ behaviours and patterns allowing enhanced and more targeted sales and marketing strategies; for others, this is a nightmare scenario as information asymmetry will increase power disparities between citizens and private- and public-sector organisations producing all sorts of unimagined and often perverse consequences. The IoT is already intensifying the threat of cybercrime for individuals, households and organisations.

One of the major research agendas for city-region economies will revolve around understanding AI/RAS and its complex impacts on city-regions. Big Data and the IoT is already enhancing the ability of academics, policy-makers, private enterprises and criminals to develop a more sophisticated analysis of Torsten Hägerstrand’s time. The application of Big Data to time geography will eventually lead to a greater understanding of the interrelationships between people, place and space in city-regions enabling the testing and development of Hägerstrand’s time-space framework. Time geography and Hägerstrand’s research emphasises the importance of understanding people and city-regions. It is critical that social science develops a much more sophisticated understanding and analysis of people and place. This is to call for a person-centric approach that balances research that focuses on, for example, firms, institutions, flows of money including financialization and the evaluation of public policy with research that is orientated to understanding the behaviour of people.

A person-centric approach to AI/RAS involves the analysis of the geographies and impacts of the emerging gig economy. The label “gig economy” emerged in the media in early 2009 as one response to the on-going financial crisis. The term “gig” was first used by jazz musicians in the 1920s to describe a temporary one-night musical engagement. The application of this musical term to other forms of work during this century draws attention to the growth in part-time and temporary forms of work in which individuals undertake a number of part-time jobs/gigs but in the capacity as “self-employed” with limited employment rights compared to “employees” or “workers”.  There is no official definition of the “gig economy”, but a gig describes a single task, activity or project for which someone is hired to perform for a temporary period. Some gigs represent short-term temporary jobs whilst others are a form of self-employment.

This type of short-term self-employment is not new. What differentiates the world of the musicians’ gigs from the gig economy is the development of business models that are based on linking workers with temporary jobs through websites or mobile applications, known as apps using online platforms. This has led to the development of new business models based on employing “workers” to undertake tasks on a relatively unregulated and temporary basis (Bryson, 2018). This new technology uses apps to link providers with consumers enabling access to services including fast food delivery and taxis. Apps and Internet-based platforms have also been created that have led to the development of a sharing economy. Individuals and households with assets that provide them with use rather than exchange values are able to create exchange values by providing strangers with access to and use of these assets in exchange for payment. The rise of Airbnb is part of this process in which a spare room can occasionally be let to others via an online platform. Private assets that are also commodities that can be purchased and sold outright are being converted into commodities that can be rented for a fixed period.

Bryson J.R. (2018), ‘Worker to Robot or Self-employment and the Gig Economy? Divisions of Labour, Technology and the Transformation of Work’, in Paasi, A., Harrison, J. and Jones, M. (Eds.), Handbook on the Geographies of Regions and Territories, Edward Elgar: Cheltenham, in press

Bryson, J.R., Clark J. and Mulhall R. (2013), The Competitiveness and Evolving Geography of British Manufacturing: Where is manufacturing tied locally and how might this change?, Department of Business Innovation and Skills: London,

This blog was written by Professor John Bryson, City-REDI, Professor of Enterprise and Economic Geography, University of Birmingham.