Dr Iqtidar Cheema, the honorary fellow at the Edward Cadbury Centre spoke at the United Nations Implementation conference of Plan of action to Prevent Incitement to Violence that could Lead to Atrocity Crimes. The conference held at United Nations office in Vienna 13 to 15 February, and brought together various stake holders, Member States and United Nations officials to discuss the implementation of the Plan of Action. The Plan makes recommendations for specific actions to: prevent and counter incitement to violence; enhance capacity, dialogue, and collaboration with other actors, including the media for the prevention of incitement and contribute to building peaceful, just and inclusive societies. 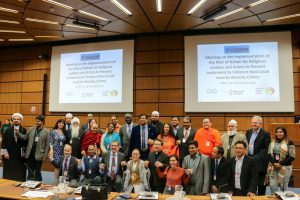 While speaking at the conference Dr Cheema said, Governments should identify and remove obstacles to inclusion and foster promote the rights of marginalised communities and religious, cultural and ethnic minorities.

Religious leaders and actors should work closely with their communities to defuse tensions where there exists potential for conflict; to prevent and counter rumours and hate speech; and take part in peacebuilding activities in areas where conflict has occurred. He also stressed that Civil society and international organisations should increase activities aimed at fostering inclusion at grassroots level as there is a higher level of tolerance and greater desire to live together peacefully among local communities. 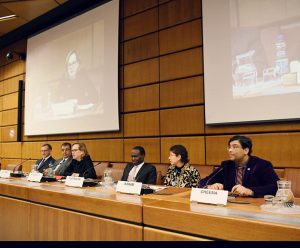