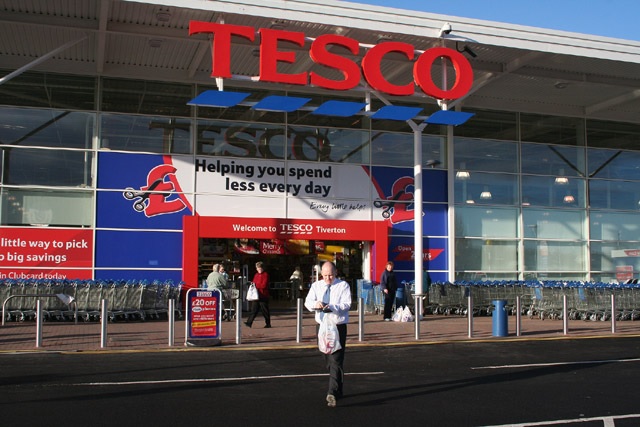 There is no doubt that the past few years have been tough for Tesco. Despite building up debts of over £25 billion as of 2015, and the £263 million accounting scandal which rocked the firm in 2016, resulting in three former senior directors being charged with fraud, there does seem to be some light at the end of the tunnel for the supermarket giant.

Earlier this year, Tesco announced its intention to merge with the UK’s largest food wholesaler, Booker Group, who own the Premier and Londis convenience store brands. Reported to cost £3.7 billion, the deal is said to create the “UK’s leading food business”. Selling to approximately 700,000 convenience stores, grocers and pubs, Booker Group are the largest cash and carry operator within the UK, supplying products ranging from baked beans to teabags. As of 2016, Booker Group employs approximately 13,000 people, generates revenues of £5 billion and made £155 million in operating profit. Within the Group, Premier is the largest brand with a total of 3,358 outlets, followed by Londis which has 1,903 outlets. Importantly, the Group does not own these stores as they are independently owned, however, it does provide a large proportion of their stock and also assists these stores with marketing, IT and a whole range of other services. Booker Direct, another part of the Group, delivers grocery supplies to most of the major cinema chains, e.g. Odeon and Cineworld. In addition, the Group also supplies to approximately 450,000 caterers, including major restaurant chains such as Wagamama, Carluccios and Byron burgers. However, recent news suggest that Budgens, who are also part of the Booker Group, are to close over 30 stores in the West Midlands after falling under administration. These closures are reported to leave approximately 800 people out of jobs, therefore, why does Tesco want to merge with the Booker Group?

By merging with Booker Group, Tesco will be increasing operations beyond its traditional food retailing business to incorporate the restaurant and takeaway business. This strategy is designed to increase Tesco’s scope, ensuring that whether customers decide to eat ‘in home’ or ‘out of home’, the firm benefits still benefits. Overall, there are four main reasons why Tesco want to merge the Booker Group:

Although it has been dubbed a low risk merger as it does not add to the number of Tesco stores, the Competition and Markets Authority (CMA) may not like the fact that one company’s products will be so widespread across a variety of different retailers. Even though Tesco and Booker Group will be operating in different segments of the market, the CMA are likely to thoroughly investigate the extent of overlap between the two businesses and whether the merger will result in Tesco becoming a ‘must-have trading partner for customers and suppliers’.

The announcement of Tesco to join forces with Booker Group clearly shows that Tesco are still keeping a close eye on competitors, both direct and indirect, and if given the choice Tesco will not sit back and wait for its dominant market position to be slowly eradicated by rivals. The UK’s supermarkets are continually at war and under pressure to engage in new strategy development in order to survive, as many customers have turned their back on large superstores, preferring to shop at convenience locations or online. Importantly, Tesco are not the first of the ‘Big Four’ to merge with organisations from other business segments, as Sainsbury has bought Argos and Morrisons is currently negotiating a deal with Amazon, highlighting a diversification trend within the industry.  With the announcement of Tesco’s merger with Booker Group, it was also revealed that Tesco would resume paying dividends from 2018. The return of pay-outs will inevitably make its stock more attractive to investors; thus shareholders will likely have the added benefit of enjoying an increase in the company’s share price. Given the recent news, it could be argued that Tesco is back on track for growth, having had a difficult few years.

Unfortunately, it doesn’t seem that Tesco are out of the woods just yet; as they have continually reduced the opening times of 24 hour stores across the UK, as well as recently revealing that approximately 1,000 employees will be made redundant after announcing to close its Chesterfield distribution centre. Furthermore, there are rumours that suggest Tesco may be facing a new lawsuit from US investment house Manning and Napier with regard to its accounting irregularities, in addition to the legal action instigated by investors against Tesco in October 2016. Also it appears that the firm is suffering the effects of Brexit, as it pulls beer brands such as Amstel, Sol and Kingfisher from its shelves reportedly due to the repercussions in terms of price negotiations. Nevertheless, Tesco appears to be in a far better position than it was a few years ago, and even compares favourably to high-yielding FTSE 100 peers such as Next and Vodafone. There is no doubt that Tesco intends on remaining a key player in the supermarket industry, however in diversifying its portfolio by merging with the Booker Group, it appears to be positioning itself favourably to take advantage of changing consumer trends, and mitigate against any future (internal or external) shocks by spreading its risk.