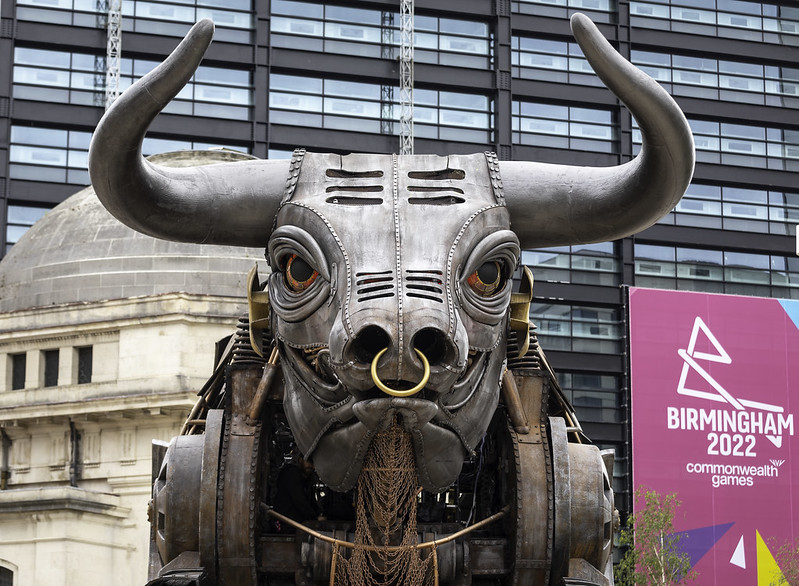 The Commonwealth Games have kicked off in Birmingham and the buzz about the city has been infectious. Spectators have flocked to events to see elite athletes compete and/or to see the supporting art exhibits like the giant mechanical bull described as a ‘selfie magnet’.

The city is visibly busy, evidenced by the massive demand for hotel space and the general bustle in the centre.

The Commonwealth Games is set to receive £778 million in public funding from a mix of central Government and Birmingham City Council resourcing. As ever with this level of public spending it is reasonable to ask:

What does all this tourist activity mean for the local economy?

It is still relatively early days and much of the data on visitor numbers and average spend is not yet known. However, in this blog, we use historical data from the assessment of the Glasgow Commonwealth Games in 2014 to estimate a range of scenarios about the potential impact of the games.

To provide an analysis of the regional economic impact we use the Socio-Economic Impact Model for the UK (SEIM-UK).

The SEIM-UK shows a complete picture of the flows of goods and services in the UK economy over one year (base-year 2016).

There are considerable health warnings attached to these data.

The visitor numbers in scenario 1 are taken directly from Allan et al.’s, 2017 impact study of the Glasgow 2014 Commonwealth Games. The 205,000 excursionists figure reports the non-Scottish excursionists to the games in an attempt to capture unique visits for the games and because local visits are essentially displacing other local consumer spending and unlikely to have a significant net effect see (Allan et al, 2007). By isolating spending by non-locals, we are identifying spending that will be additional to the area and so likely to be the net impact on the games.

After the games have concluded we expect to have more accurate data on the spectators of the games, including visitor numbers and spending patterns. At this point we expect the accuracy of the analysis to improve in time.

With estimates of spending, we assume all spending will occur within Birmingham and its surrounding region as defined by West Midlands in the NUTS 2 framework. Though some events such as cycling are taking place outside the region.

The expenditure figures for each scenario are then fed into four sectors of the SEIM UK.

The main sectors identified are:

The proportion of spending attributed to each sector is taken from earlier workings for the Glasgow Commonwealth Games (Grant et al., 2017 Table A1) The four sectors are chosen for simplicity to capture the vast majority of tourist spending. 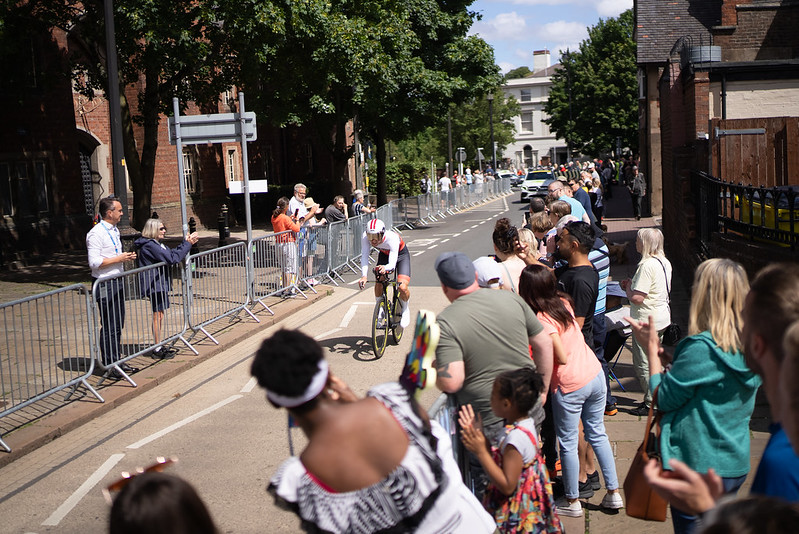 The inputs in the previous section are pushed through the SEIM model to reflect new levels of final demand in different sectors of the economy. The results at a national level are shown in table 2.

Between scenarios 1 and 3 we can see a range of possible output, GVA and employment impacts across the UK economy.

When we consider the economic impact at the regional level we can see that the impact is largely concentrated in the West Midlands (UKG3) with 90% of the change in GVA as a result of the games being found in the region. This is unsurprising as this is the region the Games were hosted in.

Interestingly the next most affected regions are Inner London – West and Outer London – West and North West (see Figure 1). This suggests that supply chain linkages are strongest with those regions rather than neighbouring regions in the Midlands. Due to the scale of the analysis (NUTS 2), we cannot infer what the relationships look like below this level.

Figure 2 shows the economic impact by industrial sector. As might be expected the most significantly impacted sectors are those that saw the impact of the demand shock (dark blue). Visitors spend on hotel stays, eating out, tickets to the Games, local retail, and transport. This analysis does not account for the free bus shuttles available for ticket holders. Beyond this, we can see the supply chain impacts of other interrelated sectors needed to support these activities.

Figure 3 shows a breakdown of the 4,678 new FTE jobs created in scenario 1 by occupation. The most impacted occupations are 92: Elementary Administration and Service Occupations (1,320 jobs FTE), 52: Textiles, Printing, and other Skilled Trades (440 jobs FTE), and 71: Sales Occupations (423 jobs FTE). A considerable number of those facilitating the games are volunteers who are not separated in this analysis.

The extent to which Birmingham 2022 will provide economic benefits to the region and wider UK will be followed with great interest from regional and national policymakers considering hosting future events such as Eurovision 2023.

This study provides a very early assessment of the impact of the games based on some historic data and assumptions. As such we report a range of possible outcomes to be refined as data availability improves.

The jobs created by the Games, a temporally fixed one-time investment, may not endure after the game’s end. It is also important to note that this analysis focuses specifically on visitor impacts and excludes the investment in the Perry Bar regeneration scheme amongst others associated with the Commonwealth Games.

There is a degree of scepticism among economists about the economic benefits of hosting mega-events like the commonwealth games. Mega-events have often been the subject of economic appraisal and have been frequently found to not boost the local economy beyond the cost of the event itself through revenues raised during the event alone.

Despite this, however, there is significant potential for indirect impacts that are less easy to quantify. The games will likely have generated reputational effects that challenge negative perceptions of Birmingham. There might be young aspiring athletes inspired by seeing the games in person. The new infrastructure built for the events might have considerable impacts on local communities over time. Additionally, there are the impacts on civic pride derived from all the activities across the city not least watching Ozzy Osbourne shouting “Birmingham Forever”.

One area that has been of focus for Birmingham 2022 is the potential for the games to attract business investment and increase exports. There is considerable potential for this; Rose et al., (2011) show that hosting a mega-event has a strong positive impact on national exports.

To help capitalise on this investment the Business and Tourism Programme (BATP) has been developed to coincide with the Commonwealth Games. The stated objectives of the BATP include softer impacts such as ‘increasing positive perceptions of the West Midlands and wider UK’. But also, goals for economic impact in terms of boosting economic benefits through ‘increased exports, ODI and FDI’.

This blog is an early stage of a collaboration between City-REDI/WMREDI and The University of Strathclyde to assess the economic impact of the Commonwealth Games.

Thanks to Saad Ehsan and Prof Andre Carrascal Incera for their initial work on this piece.