In this post, Tasos Kitsos provides a round-up of City-REDI’s AnalystFEST event which took place last week. The event brought together policy and academic researchers in the West Midlands to celebrate the use of evidence.

This was an activity packed day that provided the chance for a number of high profile speakers to reflect on the thirst for evidence driven solutions for tackling the region’s problems, as well as the opportunity for local researchers to showcase the great projects that are already taking place here in the West Midlands. The event showed early signs of selling-out which prompted Martin Reeves’ tweet:

Following informal introductions over breakfast, City-REDI’s Rebecca Riley launched the event at 9.30am sharp and outlined the structure for the day. This was followed by a presentation from Dr Martin Reeves, Chief Executive of Coventry City Council and the WMCA, who discussed the need for evidence in shaping policy and the connection to the relatively newly formed Combined Authority. The argument that data is necessary but not the only driver behind policy formulation found a lot of support around the room, indicative of the open mindedness and mix of audience on the floor.

Tony Bray, the Area Director for Cities and Local Growth Unit (BEIS, DCLG) for the West Midlands was up next. Tony spoke of the relationship between data and the political mandate at the local level, and provided examples of data driven policies on the ground. In a timely sequence, Delma Dwight (Head of Intelligence, Black Country Consortium Ltd) took the stage and introduced the audience to the substantial work behind the combined authority’s Strategic Economic Plan.

Following what was a very insightful opening session focused on the demand for research in the region, the first of the ‘Meet the Projects’ sessions got underway. The event hosted several policy related projects at various stages in their progress. Among them, were the WMCA’s “Dynamic Economic Impact Model”, “SkillUP” and “the 21st century public servant knowledge transfer project”. For a full list of the projects, click on the link at the end of this post. These sessions allowed delegates a chance to hear from and interact with researchers involved in various projects in a speed dating format which kept everyone on the move. 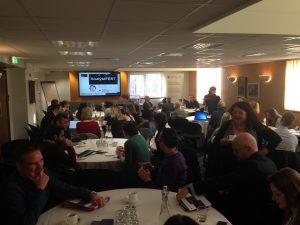 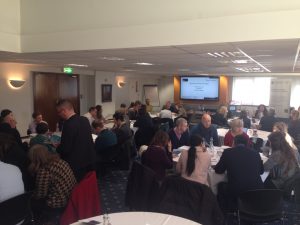 Following the opportunity for further networking over lunch and the second of the two ‘Meet the Projects’ sessions, came another series of presentations which focused on the supply of research within the region.  Richard Kenny took to the stage first, providing examples of how collaboration between the universities can support positive outcomes for the region. Whether this means product development or support for policy formulation, Richard had more than a few examples to show. The session then continued with Andy Davis and Andy Baker who introduced the Local Area Research and Intelligence Association (LARIA) and their West Midlands branch. The event was then brought to a close by City-REDI’s Rebecca Riley who spoke about the steps for further collaboration and Professor Simon Collinson who provided the closing remarks and reflections to take away. 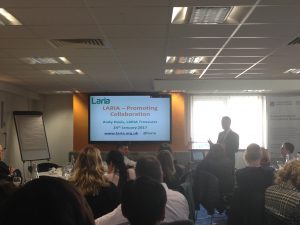 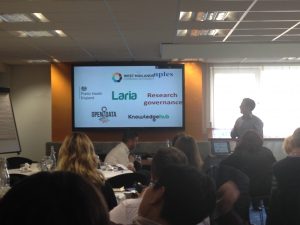 All in all, the vibe in the room and the feedback on the day were very positive which is very promising on many levels. First and foremost, the region can be assured that there is a lot of capacity and thirst from research locally in order to assist the Combined Authority in formulating the best policies possible. And secondly, there is a lot of positive energy for people to work together and build bridges across silos. The work of LARIA and its local branch will be instrumental to this. And last but not least, it is extremely encouraging for my colleagues at City-REDI who care strongly about research for the West Midlands and who worked hard to make sure the event was a success.

To see the twitter feed for the day look for #AnalystFEST

To see the event brochure, slides and project promotional material of the day click here.