Since the 2008 downturn, ‘resilience’ as a concept has re-entered daily discussions in both policy and academia. The notion of a place which is able to grow despite what lies in its path however, though very appealing, has proven exceptionally difficult. Here, City-REDI’s Tasos Kitsos discusses the findings of his latest research paper which can be accessed here.

In this paper, I – together with Professor Paul Bishop – examine the 2008 crisis impact on local authority districts in the UK and more importantly the determinants of the extent of this impact. The paper is part of a forthcoming special issue on economic resilience. It is currently available online (open access) at the Annals of Regional Science and can be found here https://goo.gl/eV3ykX. The abstract reads:

“The 2008 recession has had a prolonged and varying effect both across and within countries. This paper studies the crisis impact on Great Britain’s Local Authority Districts (LADs) using the concept of economic resilience. This country is an interesting case study as the impact varied significantly among LADs. The focus is on employment, and a new method is proposed for comparing pre- and post-recession conditions in order to assess the recession impact. The influence of a number of determining factors is examined, and the study finds a significant effect for initial economic conditions, human capital, age structure, urbanisation and geography. Policy makers need to take into account subnational differences in these factors in order to design and implement better targeted policies.”

Essentially what we find is that local authority districts with high levels of skilled individuals and younger generations have managed to weather the crisis better, losing less employment. We also find that despite the crisis originating in the financial sector, it was urban local authorities in the Midlands and the North that bore the brunt of the recession.

This analysis is complementary to qualitative studies examining less quantifiable determinants of the crisis impact, in a concerted attempt to untangle the complexity of resilience. In contrast to the photo at the top, the route to resilience is far from a straight line. In its tidiest, it will look like this… 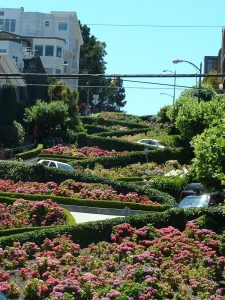 …but it will often be messier.

However, there is increased evidence that this road passes through a school and a university and then leads to local firms using these skills and retaining graduates locally.